Republican denunciations of Trump have cooled since the riot at the U.S. Capitol

All but five Senate Republicans voted in favor of an effort to dismiss Donald Trump's historic second impeachment trial on Tuesday, making clear a conviction of the former president for “incitement of insurrection” after the deadly Capitol siege on Jan. 6 is unlikely.

While the Republicans did not succeed in ending the trial before it began, the test vote made clear that Trump still has enormous sway over his party as he becomes the first former president to be tried for impeachment. Many Republicans have criticized Trump's role in the attack — before which he told his supporters to “fight like hell” to overturn his defeat — but most of them have rushed to defend him in the trial.

“I think this was indicative of where a lot of people’s heads are," said South Dakota Sen. John Thune, the No. 2 Republican in the Senate, after the vote. 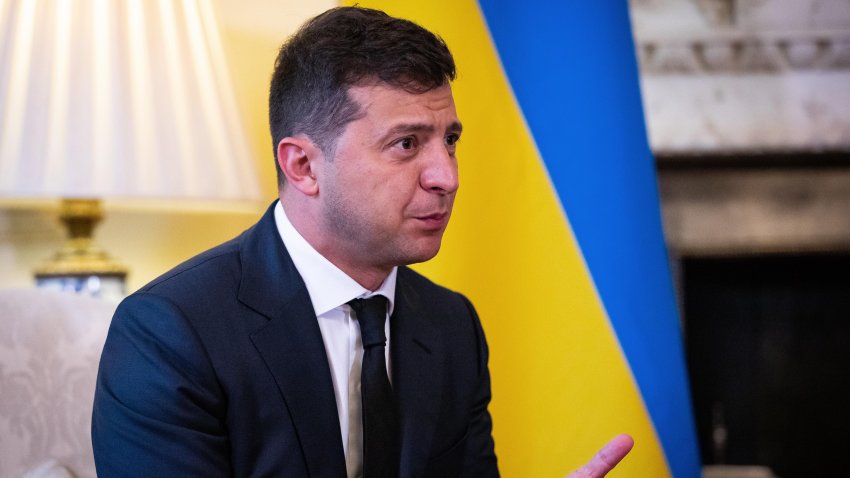 Late Tuesday, the presiding officer at the trial, Sen. Patrick Leahy, D-Vt., was taken to the hospital for observation after not feeling well at his office, spokesman David Carle said in a statement. The 80-year-old senator was examined by the Capitol's attending physician, who recommended he be taken to the hospital out of an abundance of caution, he said. Later Tuesday, Carle said Leahy had been sent home “after a thorough examination” and was looking forward to getting back to work.

Leahy presided over the trial's first procedural vote, a 55-45 tally that saw the Senate set aside an objection from Kentucky Sen. Rand Paul that would have declared the impeachment proceedings unconstitutional and dismissed the trial.

The vote means the trial on Trump's impeachment will begin as scheduled the week of Feb. 8. The House impeached him Jan. 13, just a week after the deadly insurrection in which five people died.

What seemed for some Democrats like an open-and-shut case that played out for the world on live television is running into a Republican Party that feels very different. Not only do senators say they have legal concerns, but they are wary of crossing the former president and his legions of followers.

It's unclear if any Republicans would vote to convict Trump on the actual charge of incitement after voting in favor of Paul's effort to declare it unconstitutional.

Ohio Sen. Rob Portman said after the vote that he had not yet made up his mind, and that constitutionality “is a totally different issue” than the charge itself.

But many others indicated that they believe the final vote will be similar.

The vote shows that “they've got a long ways to go to prove it,” Iowa Sen. Joni Ernst said of House Democrats' charge. South Carolina Sen. Lindsey Graham, a close Trump ally, said he thinks the vote was “a floor not a ceiling.”

Oklahoma Sen. James Lankford said he thinks that most Republicans will not see daylight between the constitutionality and the article of incitement.

“You’re asking me to vote in a trial that by itself on its own is not constitutionally allowed?” he asked.

Conviction would require the support of all Democrats and 17 Republicans, or two-thirds of the Senate — far from the five Republicans who voted with Democrats Tuesday to allow the trial to proceed. They were Sens. Susan Collins of Maine, Lisa Murkowski of Alaska, Mitt Romney of Utah, Ben Sasse of Nebraska and Pat Toomey of Pennsylvania — all recent critics of the former president and his effort to overturn President Joe Biden's win.

Senate Republican Leader Mitch McConnell, who has said Trump “provoked” the riots and indicated he is open to conviction, voted with Paul to move toward dismissing the trial.

Democrats rejected the argument that the trial is illegitimate or unconstitutional because Trump is no longer in office, pointing to an 1876 impeachment of a secretary of war who had already resigned and to the opinions of many legal scholars.

Democrats also say that a reckoning of the first invasion of the Capitol since the War of 1812, perpetrated by rioters egged on by a president as Electoral College votes were being tallied, is necessary.

“It makes no sense whatsoever that a president, or any official, could commit a heinous crime against our country and then defeat Congress’ impeachment powers — and avoid a vote on disqualification — by simply resigning, or by waiting to commit that offense until their last few weeks in office,” said Senate Majority Leader Chuck Schumer.

Before the vote, the senators officially opened the trial by taking oaths to ensure “impartial justice” as jurors. The nine House Democrats prosecuting the case against Trump carried the sole impeachment charge across the Capitol on Monday evening in a solemn and ceremonial march along the same halls the rioters ransacked three weeks ago.

The lead House prosecutor, Rep. Jamie Raskin of Maryland, stood before the Senate to describe the violent events of Jan. 6 and read the House resolution charging “high crimes and misdemeanors.”

For Democrats the tone, tenor and length of the trial so early in Biden's presidency poses its own challenge, forcing them to strike a balance between their vow to hold Trump accountable and their eagerness to deliver on the new administration's priorities following their sweep of control of the House, Senate and White House.

Chief Justice John Roberts is not presiding at the trial, as he did during Trump’s first impeachment, potentially affecting the gravitas of the proceedings. The shift is said to be in keeping with protocol because Trump is no longer in office.

Instead, Leahy, who serves in the largely ceremonial role of Senate president pro tempore, was sworn in on Tuesday.

Leaders in both parties agreed to a short delay in the proceedings, which serves their political and practical interests, even as National Guard troops remain at the Capitol because of security threats to lawmakers ahead of the trial.

The start date gives Trump’s still-evolving legal team time to prepare its case, while also providing more than a month's distance from the passions of the bloody riot. For the Democratic-led Senate, the intervening weeks provide prime time to confirm some of Biden’s key Cabinet nominees.