The Trump campaign filed another federal lawsuit late Thursday in Nevada, alleging that ineligible votes were cast in the Las Vegas area, the biggest Democratic stronghold in an otherwise predominantly GOP state.

The federal filing cites experiences of a woman who said Thursday she was turned away from voting in person because a mailed ballot had been cast with her signature and a political strategist TV commentator who said he was denied an opportunity to observe ballot counting late on election night.

As votes continue to be counted in the remaining battleground states, former Vice President Joe Biden spoke briefly to the press on Thursday to call for the continued counting of legally cast ballots. “Democracy is sometimes messy. It sometimes requires a little patience as well. But that patience has been rewarded now for more than 240 years with a system of governance that’s been the envy of the world.”

State Attorney General Aaron Ford called it “a Hail Mary” and “another opportunity to undermine the confidence in this election” while ballots are still being counted.

Meanwhile, judges in Georgia and Michigan quickly dismissed Trump campaign lawsuits Thursday, undercutting a campaign legal strategy to attack the integrity of the voting process in states where the result could mean Trump’s defeat.

The rulings came as Democrat Joe Biden inched closer to the 270 Electoral College votes needed to win the White House, and Trump and his campaign promised even more legal action based on unsubstantiated allegations of voter fraud.

Speaking in the White House briefing room Thursday, the president launched into a litany of claims, without proof, about how Democrats were trying to unfairly deprive him of a second term. “But we think there’ll be a lot of litigation because we can't have an election stolen like this,” Trump said.

Earlier Thursday, a Biden campaign lawyer called the lawsuits meritless, more political strategy than legal. “I want to emphasize that for their purposes these lawsuits don’t have to have merit. That’s not the purpose. ... It is to create an opportunity for them to message falsely about what’s taking place in the electoral process,” lawyer Bob Bauer said, accusing the Trump campaign of “continually alleging irregularities, failures of the system and fraud without any basis.”

Trump is used to suing and being sued. A USA Today analysis found that he and his businesses were involved in at least 3,500 state and federal court actions in the three decades before he became president.

In this election, the court battles so far have been small-scale efforts to get a closer look at local elections officials as they process absentee ballots. A Michigan judge noted that the state's ballot count is over as she tossed the campaign's lawsuit.

In Georgia, a state judge dismissed a case over concerns about 53 absentee ballots in Chatham County after elections officials in the Savannah-area county testified that all of those ballots had been received on time. Campaign officials said earlier they were considering similar challenges in a dozen other counties around the state.

In Pennsylvania, meanwhile, the Trump campaign won an appellate ruling to get party and campaign observers closer to election workers who are processing mail-in ballots in Philadelphia.

But the order did not affect the counting of ballots that is proceeding in Pennsylvania and elsewhere, as elections officials are dealing with an avalanche of mail ballots driven by fears of voting in person during a pandemic.

The lawsuits in multiple states highlight that the Trump campaign could be confronting a political map in which it might have to persuade courts in two or more states to set aside enough votes to overturn the results. That's a substantially different scenario than in the contested presidential election of 2000, which eventually was effectively settled by the Supreme Court, when the entire fight was over Florida's electoral votes and involved a recount as opposed to trying to halt balloting.

Pennsylvania Secretary of State Kathy Boockvar spoke to reporters Thursday about where the battleground state’s elections officials are in the ballot-counting process. Boockvar also dismissed any possibility of widespread voter fraud and stressed the security of Pennsylvania’s election system.

Biden, for his part, has said he expects to win the election, but he counseled patience Thursday, saying: “Each ballot must be counted.”

Trump campaign officials, meanwhile, accused Democrats of trying to steal the election, despite no evidence anything of the sort was taking place.

Trump campaign officials, meanwhile, accused Democrats of trying to steal the election, despite no evidence anything of the sort was taking place.

Trump campaign manager Bill Stepien, in a call with reporters Thursday morning, said that “every night the president goes to bed with a lead” and every night new votes “are mysteriously found in a sack.” It is quite common in presidential elections to have vote counting continue after election day. 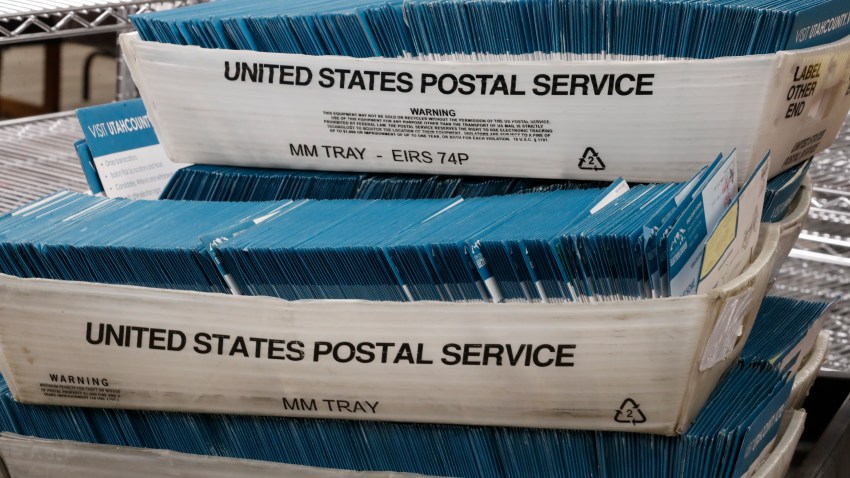 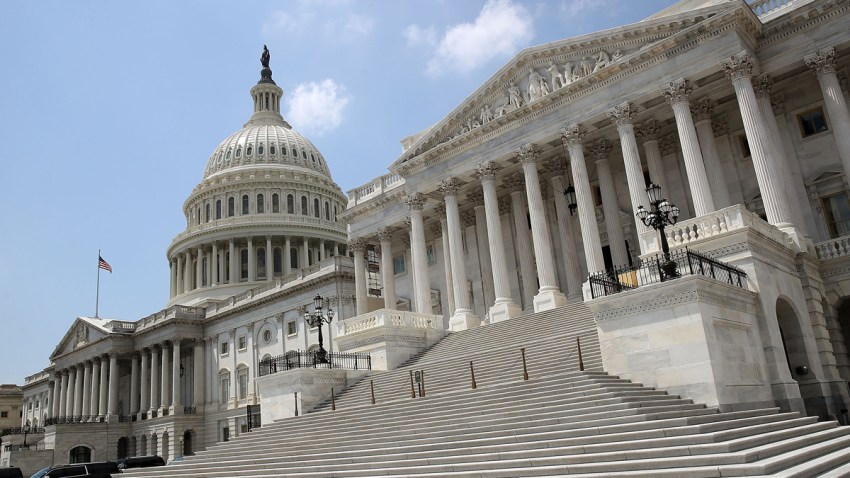 Senate Control Hangs in Balance With a Few Races Undecided

Trump campaign spokesman Jason Miller said additional legal action was expected and would be focused on giving campaign officials access to where ballots were being counted.

Trump’s campaign has also announced that it will ask for a recount in Wisconsin. Stepien previously cited “irregularities in several Wisconsin counties,” without providing specifics.

The Associated Press called Wisconsin and Michigan for Biden on Wednesday. The AP has not called Georgia, Nevada or Pennsylvania.

The president's lawyers have asked to intervene in a pending Republican appeal to the Supreme Court over the three-day extension for the receipt and counting of mailed ballots ordered by Pennsylvania's top court. Democrats in the state told the justices Thursday that they should put off granting the request because they “may well not need to hear and decide” the matter if Pennsylvania is not critical to the outcome or the late-arriving ballots wouldn't make a difference.