In 1996, Russian and Ukrainian counterparts took part in a symbolic ceremony where they planted sunflower seeds once where Soviet Union nuclear missiles stood ready

On a warm spring day in Ukraine 26 years ago, three men smiled for cameras as they planted symbolic sunflower seedlings in freshly tilled earth where Soviet nuclear missiles had once stood ready.

That placid scene was, briefly, a launchpad for hope that the demise of the Soviet Union would bury the threat of great power war and mark the start of lasting peace in an undivided Europe. Today Ukraine is ground zero for worry that Russia will ignite a conflict that could engulf the region.

On that early-June day in 1996, the American secretary of defense, William J. Perry, joined his Russian and Ukrainian counterparts in ceremonies marking the completion of Ukraine’s nuclear disarmament. Under Western pressure, Ukraine had agreed to give up the weapons it inherited with the breakup of the Soviet empire in exchange for a Russian and Western security guarantee.

Perry likened the moment to the parting of a dark cloud of Cold War fear.

“It is altogether fitting that we plant sunflowers here at Pervomaysk to symbolize the hope we all feel at seeing the sun shine through again,” he said, standing on a small concrete pad in the former missile field, where SS-19 nuclear missiles once stood in underground silos, prepared to launch toward targets in the United States. Nearby, American, Russian and Ukrainian national flags waved in a warm breeze.

That hopeful moment when American, Russian and Ukrainian officials grabbed white-handled spades to plant sunflowers has given way to today’s fears of renewed conflict and a new cold war. Today, Russian President Vladimir Putin stands accused by the West of violating that deal by targeting Ukraine with 100,000-plus troops.

Now it is Russia that wants a security guarantee from the West as well as legal guarantees that Ukraine never be permitted to join the NATO alliance, even as Moscow readies for a potential invasion of a neighbor with inferior military might and none of the 170-plus nuclear-tipped missiles it once held.

Moscow wants a stop to NATO's eastward expansion, which it asserts Washington promised in the early aftermath of the fall of the Berlin Wall in 1989 in the context of the reunification of Germany. The U.S. and its NATO allies deny any such promise was given. The opportunity for countries to join NATO is enshrined in Article 10 of the organization's founding treaty, and this “open door” policy was reaffirmed in 2008 when alliance leaders agreed that Ukraine and Georgia “will become members of NATO” but set no timeline and offered them no formal path to membership. Ukraine remains without a NATO invitation, and none is likely for the foreseeable future.

Ukraine gave up its inherited nuclear weapons — an estimated 1,900 warheads that at the time constituted the third-largest nuclear arsenal in the world — after getting the security assurance it wanted. It is known as the Budapest Memorandum, named for the Hungarian capital in which it was signed in 1994 by the United States, Britain and Russia. Its words seem to defy the reality of today's Ukraine crisis.

The three signatory nations pledged to “respect the independence and sovereignty and the existing borders of Ukraine." They promised to “refrain from the threat or use of force against the territorial integrity or political independence of Ukraine, and that none of their weapons will ever be used against Ukraine except in self defense or otherwise in accordance with the charter of the United Nations.”

Thus began a long road to today's crisis in which Ukraine's future may be in doubt. It already has lost control of the eastern Donbas region bordering Russia, following a Russian intervention in 2014 in support of separatists. That same year, Russia seized and annexed Ukraine's Crimean Peninsula. 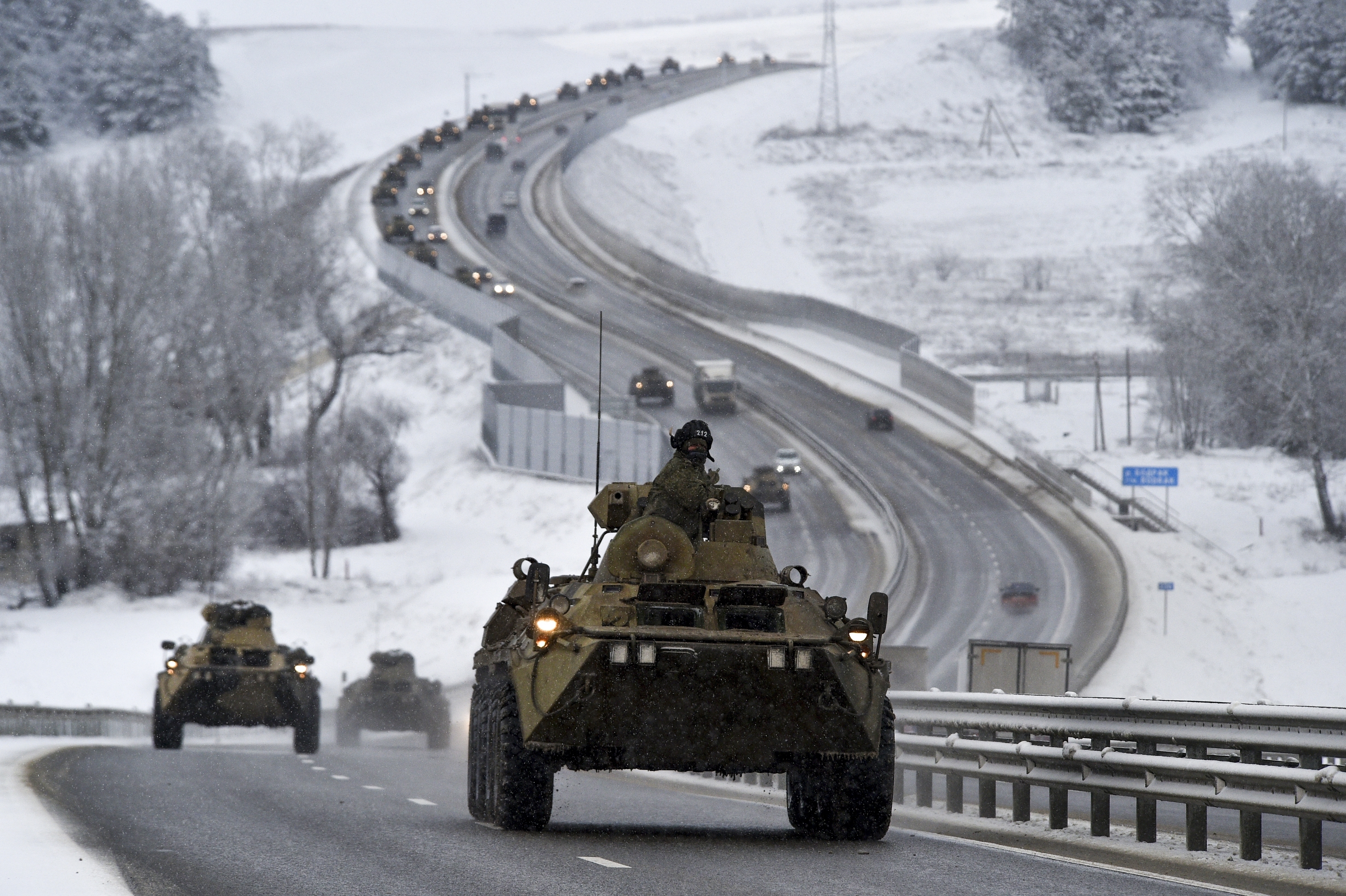 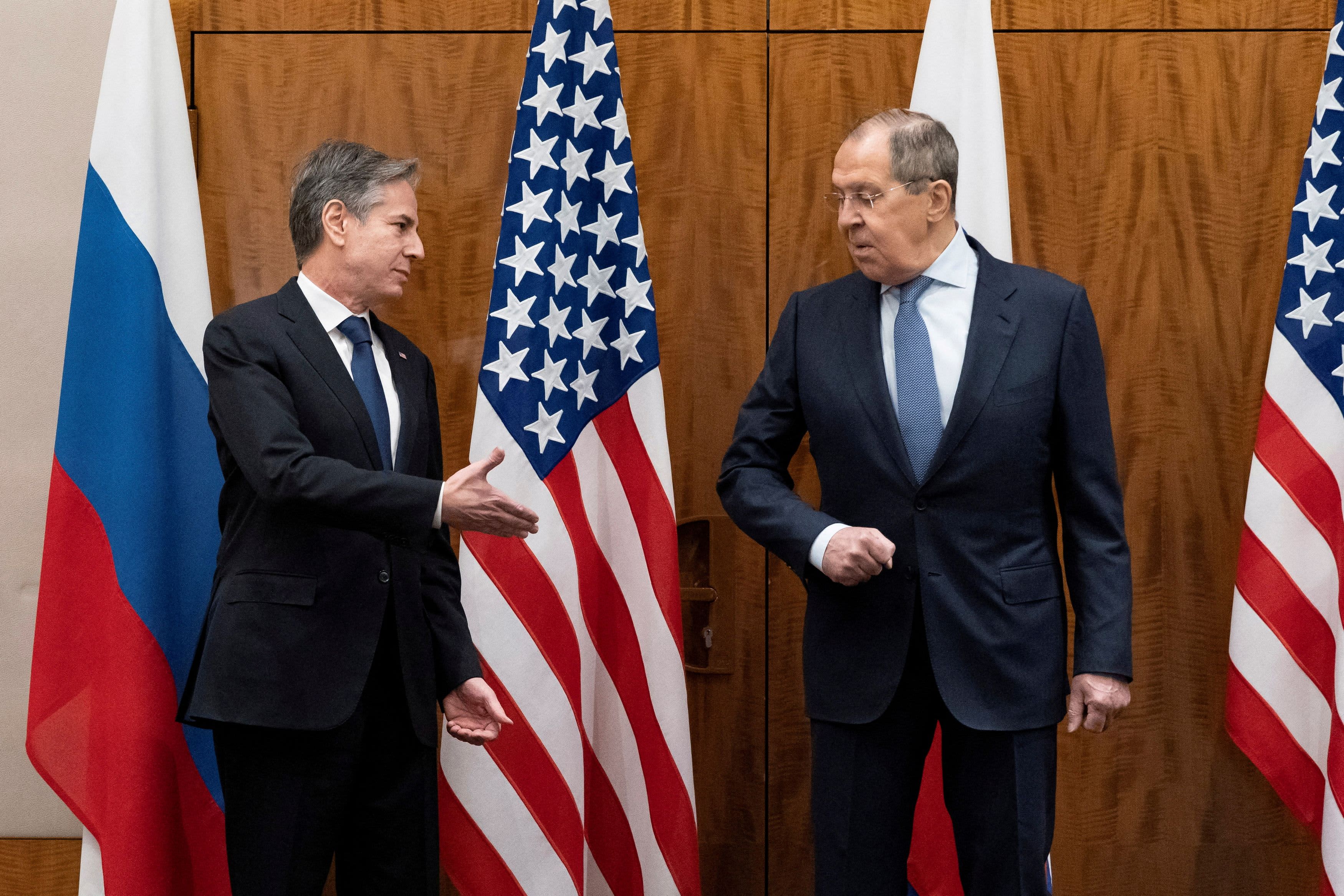 After those Russian moves, the United States and NATO distanced themselves from Russia, and Washington has provided substantial — but still limited — military assistance to Kyiv. Ukraine continues to seek closer ties to the West, including membership in the NATO alliance, which Putin sees as a threat to Russia for having expanded eastward toward its borders multiple times since 1999.

President Joe Biden says the United States stands with Ukraine. But he also notes that since Ukraine is not in NATO, it has no guarantee of U.S. military backing. Biden also has noted the historic significance of a nuclear-armed Russia potentially invading a neighbor that swore off nuclear weapons.

“This will be the most consequential thing that’s happened in the world, in terms of war and peace, since World War II,” he said.

Among the U.S. officials at Pervomaysk for the sunflower planting in 1996 was Ashton Carter, who years later would become secretary of defense. In a memoir, Carter recalled Ukraine's decision to disarm, which he saw as marking the true end of the Cold War that divided Europe for nearly half a century. He said it showed that even insecure nations can give up the awesome destructive power of nuclear weapons — “placing their trust instead in a world order dedicated to peace and a powerful America dedicated to international partnerships.”

At the time, Perry spoke of prospects for “a permanent season of peace.” But looking back, he concluded that the spirit of goodwill was all too short-lived.

“I am saddened to realize," he wrote in 2015, “that such a scene and such cooperation are unthinkable today.”