An explosion and fire damaged a house in the Reseda area Wednesday and left three hurt.

"Boom! Then, half a minute later, boom, boom!" Igor Krakovsky said, describing the explosion. He had a dashcam recording when the explosion started, and fire ignited.

Firefighters responded to the home in the 7700 block of North Aura Avenue at 9:10 a.m. They managed to knock down the flames in about 20 minutes, the Los Angeles Fire Department said. 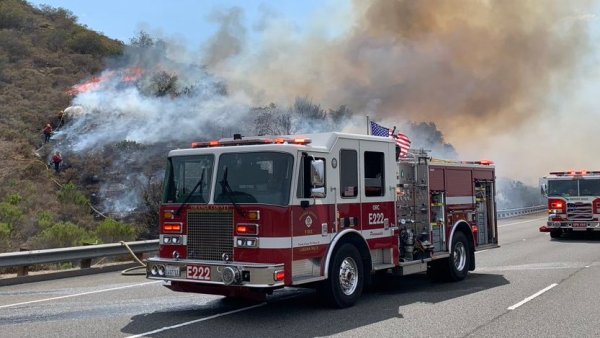 Krakovsky ran toward the home to see if he could help. A woman staggered out before the fire began, with a dog on a leash, he said.

Arson investigators said the home was a suspected drug lab, built for extracting oil from marijuana.