No Charges Filed Against LAPD Officer in Deadly Costco Shooting

The Los Angeles police officer who killed a mentally disabled man inside a Costco store in Corona will not face criminal charges.

Riverside County District Attorney Mike Hestrin says a grand jury made the decision, and he will abide by it.

The lawyer for the officer says he's gratified, humbled and says justice has been done. The family of the man killed says this does not derail its plans to sue the officer and the LAPD. 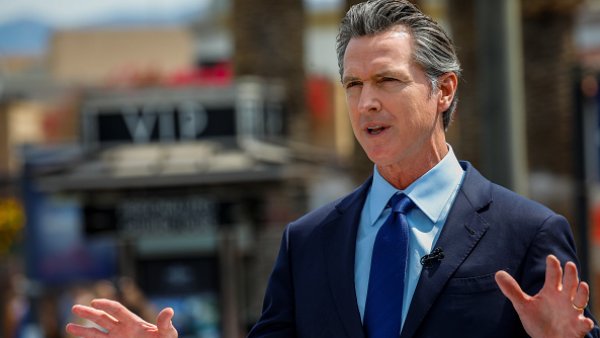 A grand jury of 19 returned a no bill, meaning its members couldn't agree there was enough evidence for criminal charges in the killing of Richard French inside Costco and the shooting of French's parents, who survived.

Hestrin says even though he could now file a case himself, he will not.

"I stand by my decision — to send to grand jury — and I think that grand jury did what it was supposed to," he said.

He played store security video that shows the moment French and his parents were shot.

Hestrin says just before that, other evidence showed LAPD Officer Salvador Sanchez was struck in the head by Kenneth French and knocked to the floor, while the officer was holding his 18-month-old child.

Since grand jury hearings are secret, Hestrin says he doesn't know what led to the decision. Sanchez has been on administrative leave since the killing June 14.

His attorney says Sanchez thought he'd been shot and says Sanchez had a lawful and reasonable state of mind when he fired 10 rounds inside the store. The attorney for the French family says he suspects the grand jury was set up to fail, that evidence was weighted in a way to produce no charges.

"I am confident that I will get justice for them, that a jury of reasonable people will find that the use of deadly force against this family was unjustified," said attorney Dale Galipo.

Sanchez is still an LAPD employee, while the department considers whether the shooting violated policy. And a decision on whether the officer is cleared, punished, or fired — will likely end up before the police chief.