The girl's mother contacted police and showed them cellphone messages from the social media app TikTok between Gonzales and her daughter, according to the District Attorney's Office.

A Rolling Hills Estates man was sentenced Tuesday to nearly 11 years in state prison for committing lewd acts on an underage female relative and an underage family friend and possessing child pornography.

James Anthony Gonzales, 36, was also ordered to register as a sex offender for the rest of his life.

Gonzales pleaded no contest last November to two felony counts of a lewd act upon a child under 14, along with one felony count of possession of child pornography.

The lewd act charges involved a female family member whom he inappropriately touched in 2017, and similar contact with an underage family friend in 2003, according to the Los Angeles County District Attorney's Office. 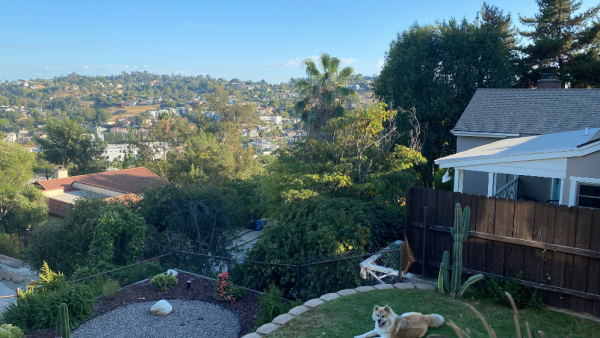 One Tree at a Time: LA Cooling Underprivileged Urban Areas

Investigators found multiple images of child pornography on Gonzales' cellphone and personal computer after he was arrested following an effort to contact a 9-year-old girl at her home while posing as a food deliveryman in November 2018.

The girl's mother contacted police and showed them cellphone messages from the social media app TikTok between Gonzales and her daughter, according to the District Attorney's Office.

The Los Angeles County Sheriff's Department shared images of Gonzales after he showed up to the 9-year-old girl's home posing as a delivery man. The department said he had vulgar conversations on social media apps with at least 21 underage girls. They also shared all the aliases and names he used on Snapchat, Instagram and TikTok in search of other possible victims in 2019 that included variations of "lanzostiles" and "yamakisaki."