After a ‘Curtain of Fire’ Descended on Their Neighborhoods, Saddleridge Wildfire Evacuees Return to See What’s Left

Thousands of residents were anxiously waiting to return home after a wind-fanned wildfire raced through communities north of Los Angeles. Others already face a grim reality

Tireless work by firefighters and dying winds Saturday led to the lifting of evacuation orders, indicating that the worst might be over for homeowners who spent harrowing hours of uncertainty in shelters as a wildfire burned in communities north of Los Angeles.

The Saddleridge Fire started Thursday night in the Sylmar area, then quickly burned into the Granada Hills and Porter Ranch areas. At one point, about 100,000 people and 20,000 homes were under evacuation orders, forcing residents to gather what they could and head to evacuations shelters. 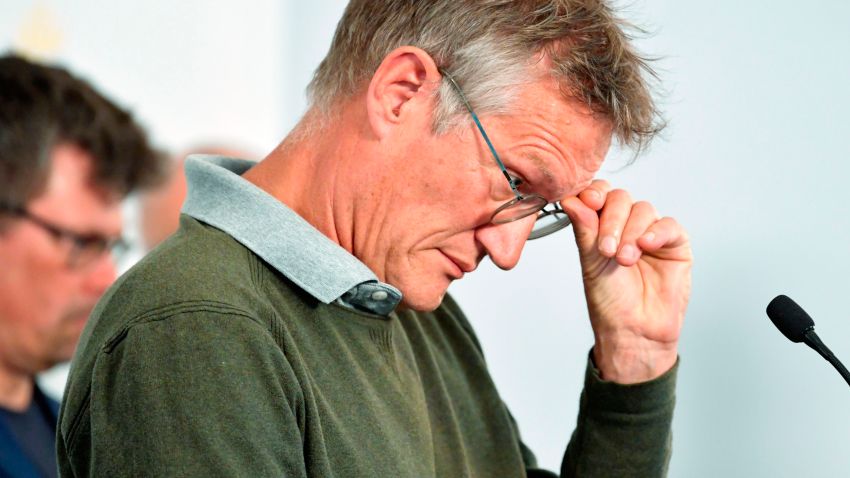 Thousands remained in those shelters Saturday morning, many recounting the frightening realization that their homes were in danger.

"It was a whole curtain of fire," said Edwin Bernard. "There was fire on all sides. We had to leave."

Bernard, 73, and his wife were among those who scrambled to leave their homes as the Santa Ana wind-fanned fire quickly moved west from its origin near the 210 Freeway in Sylmar. The home the couple has owned for 30 years was still standing in the northern San Fernando Valley, where flying embers and dry brush allowed the fire to skip across several communities.

While under evacuation orders, others were anxiously waiting for confirmation that their homes were still standing.

For a homeowner on Darby Avenue in Porter Ranch, a grim reality was setting in. Jerry Demirci said he had heard the fire was out in his neighborhood, but not before it burned his home of 30 years.

He left the home thinking the danger had passed.

"I thought, 'Everything done. Good, no problem,'" said Jerry Demirci. "I came back about 10, 15 minutes later and saw some flames again. I said, 'Oh my God.' It started again."

"It's horrifying to see this house," said neighbor Sandy Laurens. "It's like a skeleton. It still keeps having little embers and smoldering in the garage area."

Demirci said he left with the clothes he was wearing and a passport. He added that he hopes to rebuild on the property.

Twenty-one buildings were destroyed, many probably homes, fire officials said. Another 11 were damaged.

On Friday, some residents were allowed to briefly return home to gather belongings. The Bernards had to leave medications, photo albums and their four cats, all of whom survived. By Saturday afternoon, more neighborhoods in the Porter Ranch, Granada Hills and Sylmar areas were approved for re-population before all evacuations order were lifted at about 5 p.m.

No one was allowed to return home permanently until authorities determined the danger has passed.

"It's not fun, it's inconvenient -- but you can live with inconvenience," one evacuee said Saturday in Porter Ranch.

Los Angeles Fire Chief Ralph M. Terrazas said he flew over the fire Friday and saw "hundreds, if not thousands of homes" with charred backyards where firefighters had just managed to halt the flames.

"Be patient with us," he urged evacuees. "We want to make sure you're safe."

About 450 police were deployed in the area, and LAPD Chief Michel Moore said there would be "no tolerance" for looters.

Video from NewsChopper4 showed a dramatic decrease in smoke Saturday morning, when the fire was at about 7,500 acres with 13-percent containment. Authorities said the fire was nearly 8,000 acres and 33% contained as of 7 p.m. on Saturday.

Many of the area's residents are familiar with the devastation and despair wildfires can leave behind. In 2008, the Sayre and Sesnon fires burned in roughly the same location.

Jonathan Stahl was driving home to Valencia when he saw the smoke and immediately diverted to a mobile home park in Sylmar where his grandmother and aunt live together. The park had been nearly wiped out in 2008 when the Sayre Fire -- of the city's most destructive fires -- leveled 500 homes.

"Oh my God, it's coming this way," his aunt said when Stahl called to alert them and she looked out the window, he said.

Stahl helped his grandmother, Beverly Stahl, 91, who was in her pajamas, and his aunt to pack clothing, medication and take their two dogs. They saw flames in the distance as they drove away.

"We just packed up what we could as fast as we could," Stahl said at an evacuation center at the Sylmar Recreation Center, massaging his grandmother's shoulders as she sat in a wheelchair with a Red Cross blanket on her lap. "If we'd stuck around, we would have been in trouble. Real big trouble."

A man in his 50s who was near the fire went into cardiac arrest and died after apparently trying to fight the fire himself, authorities said.

Southern California was blanketed in a haze Saturday morning as smoke drifted across the region. The fire consumed chaparral that covered hillsides in the area, which remains under a red flag fire weather warning.

The cause of the Los Angeles blaze wasn't immediately known, though arson investigators said a witness reported seeing sparks or flames coming from a power line near where the fire is believed to have started, said Peter Sanders, a spokesman for the Los Angeles Fire Department.

Until now, Southern California had been spared the large wildfires that devastated the state last year, when the largest, most destructive and deadliest fires on record burned in California. Above-average soil moisture, steady winter rains and high humidity are some of the reasons, along with onshore winds that help keep humidity in place. Without dry brush that acts as fuel, fires can't spread as quickly.