Officials postponed the scheduled opening of its 83rd winter meeting by two days due to concerns about the rainy weather.

Santa Anita Park's latest racing season is set to begin Saturday amid criticism by animal-rights activists about the deaths of 37 horses at the Arcadia track within the past year.

Santa Anita officials postponed the track's scheduled opening of its 83rd winter meeting Thursday by two days due to concerns about the rainy weather.

"Opening Day is traditionally one of our biggest days of the year, but our commitment to safety is first and foremost,'' said Aidan Butler, acting executive director of California for The Stronach Group, which owns Santa Anita. "It was very important to make this call as early as possible for our horsemen, fans and employees."

Santa Anita and the sport of horse racing have faced increasing pressure from animal-rights activists in connection with the horse deaths, which included 2017 Breeders' Cup Dirt Mile winner Battle of Midway while training at the track on Feb. 23 and Mongolian Groom, who was euthanized after suffering a fatal injury in the Breeders' Cup Classic at Santa Anita on Nov. 2.

Animal-rights activists are expected to host a "funeral" and "vigil" outside the track for the horses that have died over the past year.

Kitty Block, the president and CEO of the Humane Society of the United States, criticized the decision to resume racing before the results of necropsies on the dead horses have been released.

"Without the benefit of knowing why the recent spate of racehorse deaths occurred, efforts to mitigate and prevent additional tragic deaths are severely hampered," Block said in a statement. "The Stronach Group should postpone the resumption of horse racing at Santa Anita Park until the public can be reassured that recommendations based on the results of these investigations are incorporated into new safety measures and practices designed to protect horses during both training and racing at this track. To not do so is placing profit above the welfare of horse and rider."

The California Horse Racing Board is set to issue a report next month
on the horse deaths. 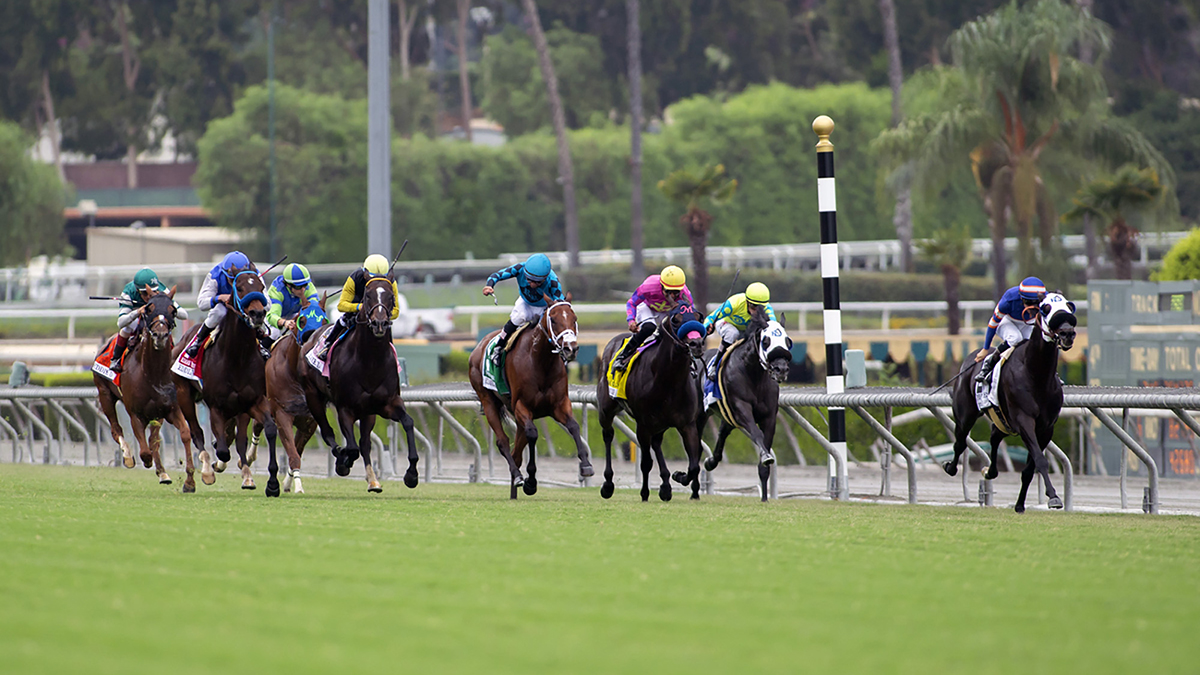 The Los Angeles County District Attorney's Office concluded Dec. 19 that there was no criminal wrongdoing connected to the deaths, but offered a series of recommendations aimed at improving safety at racetracks in California.

"Horse racing has inherent risks but is a legally sanctioned sport in California,'' District Attorney Jackie Lacey said in a statement. ``Greater precautions are needed to enhance safety and protect both horses and their riders."

The district attorney called on state regulators to develop safety enhancements to reduce horse deaths, including possible enhanced penalties for rules violations, establishment of a tip line for people to report violations or animal cruelty allegations and mandated inspections of racing and training facilities, and reviews of necropsy and veterinary records of horses that have died.

The report also made recommendations aimed at identifying pre-existing conditions in horses that could lead to breakdowns, establishing track- maintenance protocols -- including special measures during rain or extreme weather conditions, and creation of ``safety codes of conduct'' for owners, trainers, jockeys, veterinarians and others who care for horses.

The report noted that officials at Santa Anita have implemented a series of safety-improvement measures that "have reduced the number of fatal racing and training incidents."

An advertisement for Santa Anita that has run in the Los Angeles Times' sports section has touted that ``California racing is proud to be at the forefront of horse and rider welfare as we introduce revolutionary safety protocols for the modern era. On our tracks every horse comes first."

Earlier this month, Santa Anita debuted a "cutting-edge" PET Scan machine to provide imaging of the fetlock or ankle joint -- the most common area for injuries to occur in Thoroughbreds -- without horses having to undergo anesthesia, and said it will help to diagnose pre-existing conditions in Thoroughbred racehorses.

"This state-of-the-art technology reflects a new standard of care within Thoroughbred racing -- a standard that puts the health and safety of horses and riders first,'' said Belinda Stronach, The Stronach Group's chairman and president.