The disappointment of the NHL not participating in the 2022 Winter Olympics quickly turned to excitement for a handful of U.S. players at the world junior championship.

Matty Beniers, Jake Sanderson and Brock Faber were together in Red Deer, Alberta, when USA Hockey’s John Vanbiesbrouck asked them to go to Beijing.

“I was kind of blown out of my shoes,” Beniers said.

All three said yes. While Connor McDavid, Auston Matthews and Nathan MacKinnon will not get the chance to play in their first Olympics, the men’s hockey tournament in Beijing could be a showcase for the next generation of talent, with 2021 top pick Owen Power expected to suit up for Canada and Beniers, Sanderson and Faber among eight U.S. players under the age of 21.

“NHL players won’t be there, but it’s still going to be some pretty good hockey and it’ll be really fun,” Sanderson said. “There’s going to be really good talent there. To play with Matty and Brock Faber (and goalie) Drew Commesso, I’m super excited.” 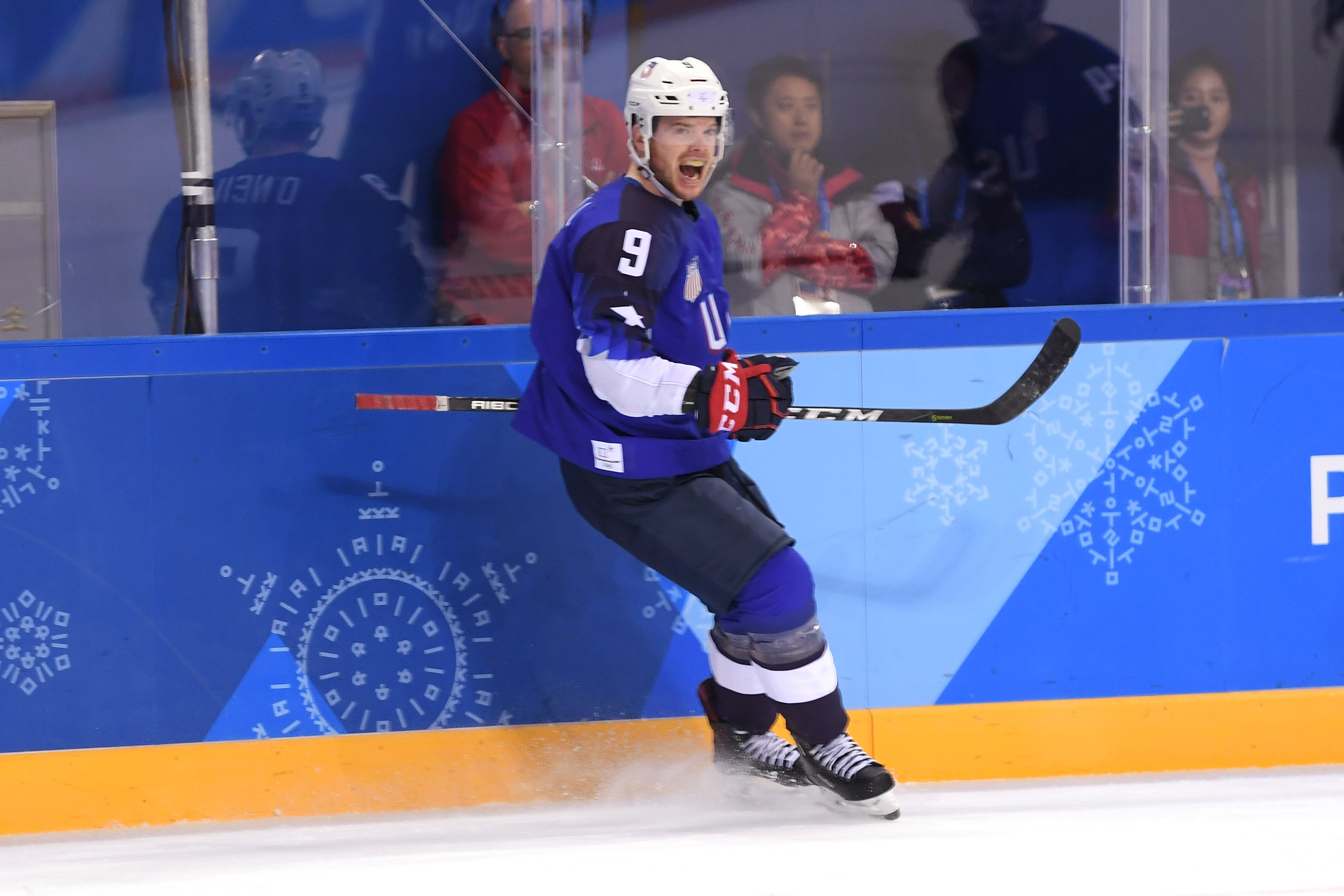 The precedent is there for the youngest players to be among the best at the Olympics.

When the NHL decided not to send players to Pyeongchang in 2018, it gave Russian sniper Kirill Kaprizov, Finnish defenseman Miro Heiskanen and winger Eeli Tolvanen, and American forwards Troy Terry, Ryan Donato and Jordan Greenway opportunities to stand out. Kaprizov and Tolvanen were the second- and third-leading scorers in that tournament, while Donato led the U.S. in goals and Terry in assists.

While Russia, Finland and other European teams are going with mostly older rosters from professional leagues, the U.S. figured the kids are all right: 15 of the 25 players named to the team are currently in college, including 13 who have already been drafted by an NHL team.

Vanbiesbrouck said the young players will have an immediate impact on the team. Columbus Blue Jackets president of hockey operations John Davidson, who broadcasted five Olympics, figures the next step is the NHL.

“You never know: They could be here next year or the following year,” Davidson said. “This is a stage for them.”

It’s also something of a do-over after the world juniors were canceled midstream because of virus concerns. That tournament was shut down roughly a week after the NHL withdrew from Beijing, so the opportunity snatched away became more motivation for Beniers, Sanderson, Faber and Commesso to commit to the Olympics.

“One door closes and another opens,” said Beniers, who is expected to be the youngest player in the tournament. “Something that not many people get the chance to participate in.”

Participating in 2018 did wonders for the likes of Terry, Greenway and Kaprizov. Terry leads the Anaheim Ducks in goals and points this season, while Kaprizov is teammates with Greenway on the Wild and is tops on Minnesota in scoring.

While McDavid, MacKinnon and Matthews point to Sidney Crosby’s golden goal at the 2010 Vancouver Games as the most memorable Olympic moment from childhood, many of the young U.S. players this time look more at T.J. Oshie’s shootout in Sochi as the iconic highlight. For 20-year-old Brendan Brisson, the performances of Terry, Greenway and Donato in Pyeongchang stick out in large part because they helped U.S. management learn to trust college players.

“I loved watching last time, the U.S., seeing those college guys have success,” Brisson said. “They led in goals and assists and played a really big role on their team, so it’s just something that we have to work towards and maybe we can be like that in Beijing.”

The 2022 Winter Olympics in Beijing will be here before we know it. Here's everything to know about the Olympic events, COVID-19 protocols, an overlap with the Super Bowl and more.

It’s possible because coach David Quinn is certainly not going to bury young players at the end of the bench or scratch them from important games. Beniers, Brisson and Sanderson could be among the U.S leaders in ice time at the Olympics before going back to college and soon on to pro careers.

“The great part about it is these guys are skilled players with a hardness to their game that are committed to playing in all three zones,” Quinn said. “And that’s why they were drafted where they were. That’s why they’re going to be big parts of the team we have, and that’s why they’ve got great futures in the NHL.”