Despite challenges and historical disadvantages, Black athletes continue to persevere and break barriers in bobsled and other Olympic sports

The Winter Olympics and Black History Month are both occurring at the same time, giving the United States many reasons to celebrate.

Team USA sent 225 athletes to Beijing to compete in the Games, with a largely disproportionate number of Black athletes. Despite the obvious lack of diversity, one sport that seems to attract an increasing number Black athletes is bobsled.

The US bobsled team consists of 12 members, four of them Black. The U.S. also sent a 3-member skeleton team to the Winter Olympics, including Kelly Curtis, the team's first Black Olympian in the sport.

Curtis told Team USA that she did not think that door was open for her and “didn't really see too many people that look like me or had a similar background." 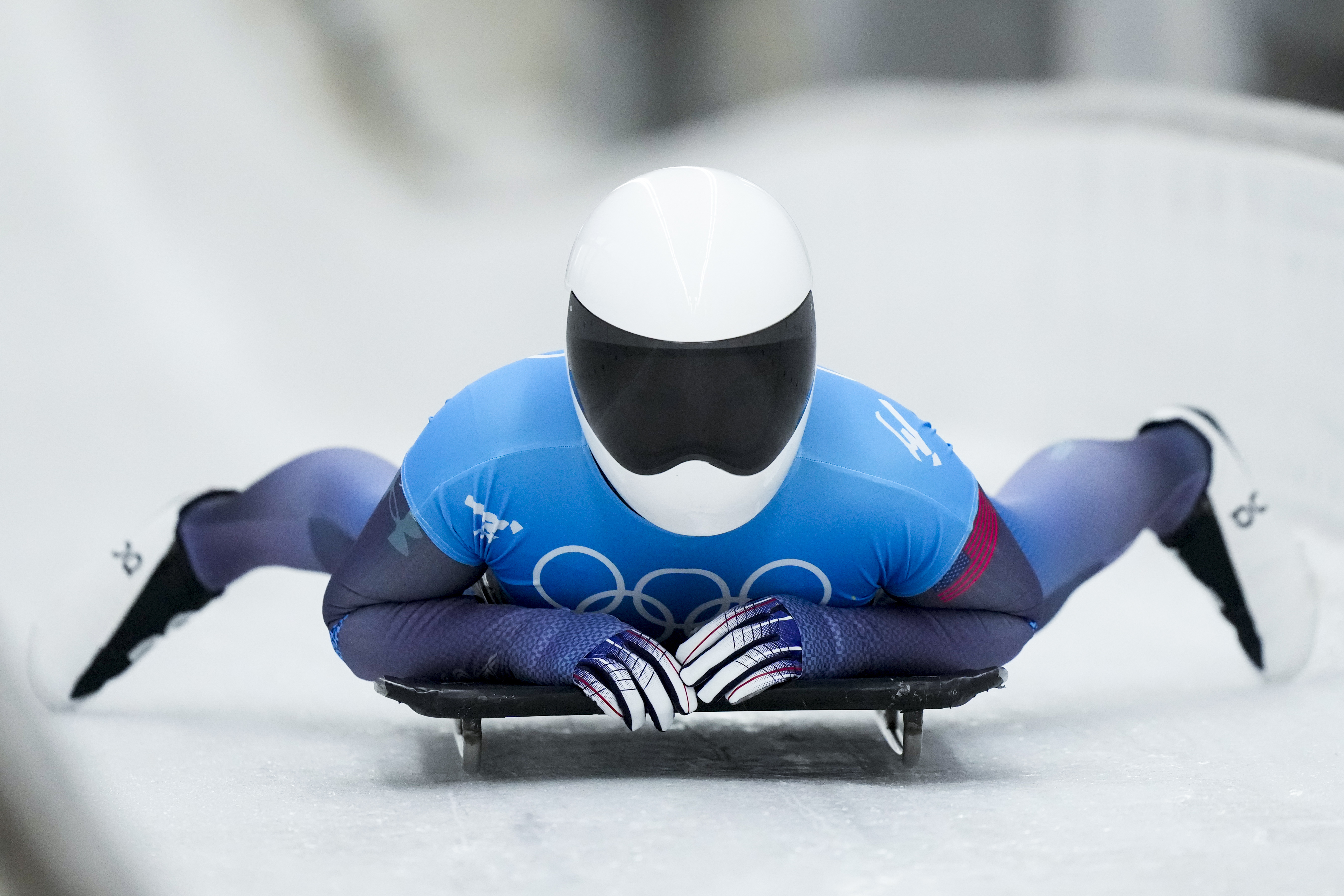 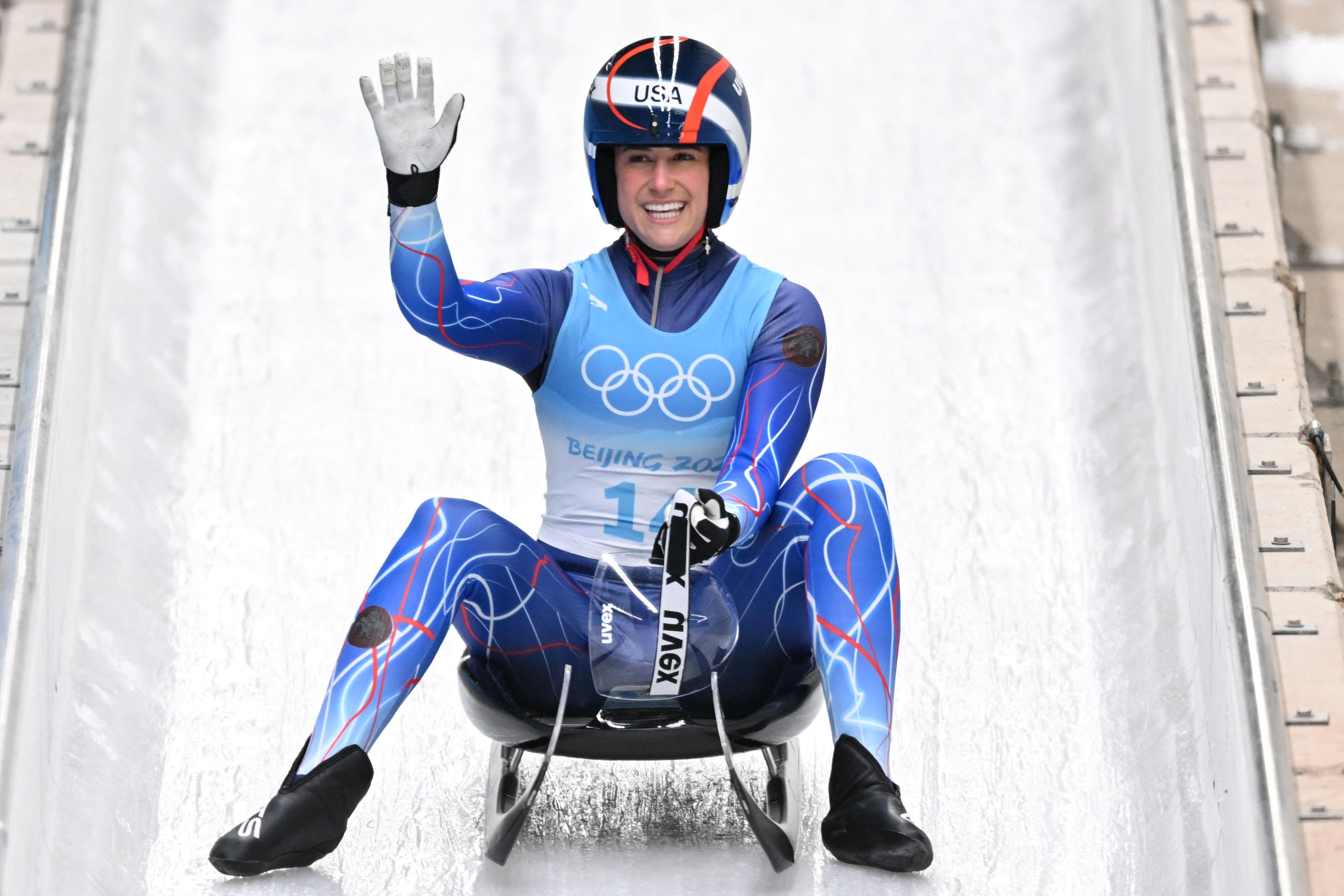 From Track and Field to Bobsledding

Mirroring bobsled, skeleton events begin with athletes sprinting more than 100 feet before racing head-first down the course at up to 90 miles per hour.

Curtis was a track and field star in high school and college at Tulane University. Many other Black bobsledders competing on the international stage also have backgrounds in track, which helped lead them to the sport and their Olympic dreams.

“From gymnastics to track to now bobsled the mission has never changed,” fellow Team USA bobsledder Kaysha Love said in an Instagram post commemorating her one-year anniversary of starting the sport.

Bobsledding teammate Hakeem Abdul-Saboor also excelled in track, as well as football. In fact, the two-time Olympian and Army veteran was inching toward a career in the NFL before a devastating ACL injury derailed his football dreams during his senior year at the University of Virginia College at Wise.

Former San Francisco 49er Vernon Davis says curling and football are both strategic and can feature big plays. Davis is one of curling's biggest boosters, and has served as honorary captain of the men's U.S. curling team at 3 Winter Olympics so far.

After recovering, Abdul-Saboor became a speed-agility-quickness coach at a gym in Knoxville, Tennessee, where his Olympic journey officially began.

His explosiveness was caught on camera during a staff workout when he jumped off the ground and touched the ceiling with his head. The video made its way to a coach at the Olympic training site at Eastern Tennessee State University, and Abdul-Saboor was invited to the USA bobsled combine.

The cost of getting involved with winter sports can also steer Black athletes away from those sports at younger ages.

According to a recent study by the Aspen Institute and Utah State University, the annual amount of money that families spend on one child in basketball and track is significantly lower than ice hockey, skiing and snowboarding. Other studies have pinpointed financial challenges as one of the primary reasons Black children are not involved with winter sports.

The average annual cost for a childhood sport is $693 according to a survey done by the Aspen Institute and Utah State University. Of the 21 sports evaluated, the two winter sports included topped the list costing over $1,500 more than the average.

Average Annual Family Spending on One Child by Sport

Sliding Past Racism in the Olympics

Although the Winter Olympics and bobsledding have seen minor increases in Black participation, allegations of racism are still evident.

In a 2020 Team USA blog post, bobsledder Elana Meyers Taylor recalled a time when she was second-handedly pulled into a racist scandal that erupted before a previous Winter Olympics.

“A coach was fired for racism and sexism,” she wrote. “One of the coaches was recorded saying several racist statements and although I didn’t race for this country and had never been coached by these coaches, my name was drug through the mud.”

Meyers Taylor is a three-time Olympian with three medals – 2 silver and 1 bronze. Her blog post was fittingly titled, “Even Medals Can’t Save You.”

Elana Meyers Taylor is a three-time Olympic bobsled medalist who is trying to compete in her fourth Winter Games, but this time it will be different because she'll return from Beijing to someone more special than all of her medals combined.

African bobsledders were served a “crushing blow” when the International Olympic Committee (IOC) and International Bobsleigh and Skeleton Federation (IBSF) failed to reinstate a continental quota for sliding sports before the Games in Beijing.

Ghana and Nigeria both sent their first skeleton racers to PyeongChang in 2018 with help from the quota. However, due to the rule not being reinstated for Beijing, African nations were sidelined as spectators rather than participants.

"Currently, the Olympic sliding sports will be without any African representation after immensely popular participation in the 2018 Games in PyeongChang,” bobsled coaches Brian McDonald and Zach Lund wrote in a letter to the IOC in December. "We should not allow Olympic sport to take a step backward in terms of the inclusion of African nations successfully competing in the Winter Olympic Games."

In a February 2020 email obtained by Sports Illustrated, IBSF officials reportedly rejected the quota in an effort to ensure that its qualification criteria met the standards of other international federations.

The Race for Diversity Continues

Despite the rejection of the continental quota, financial challenges, and historical disadvantages, Black athletes continue to persevere and break barriers in bobsled and other Olympic sports.

For the first time in 24 years, Jamaica sent a four-man bobsled team to Beijing to compete in the Games. The country shattered the glass ceiling in bobsledding after qualifying for the 1988 Calgary Winter Olympics, a triumphant story that inspired Disney's popular film, “Cool Runnings.”

Many Black bobsledders from Team USA and other countries around the world said that they would like to see more Black and brown faces in the sport and that they plan on helping to open the door for others athletes that look like them.

“I’m the first,” Curtis said about being the first Black skeleton U.S. Olympian. “But I’m definitely not going to be the last.”