The future of the Los Angeles Chargers will one day be in the hands of quarterback Justin Herbert. But until then, the first-round draft pack is happy to wait, watch, and learn.

The newest member of the Los Angeles Chargers is ready for the bright lights of Hollywood.

Unfortunately, he's going to have to be the understudy for a while.

Chargers first-round draft pick Justin Herbert has been told that one day he will be handed over the keys to the franchise. Until then, he'll have to pretend like he's still a student at Oregon University.

The former Ducks quarterback has been asked by the Chargers' front office to study the team's playbook, analyze NFL defenses, and learn underneath the tutelage of veteran quarterback Tyrod Taylor.

"Right now, we're in lecture mode," said Chargers' new quarterbacks coach Pep Hamilton in an interview with the NFL Network. "Our sessions are interactive, but it's more so testing him on the things that we've introduced and seeing, if he has a recall. The answer is yes, he does. He's a guy who can memorize a lot of information in the short term and in the long term." 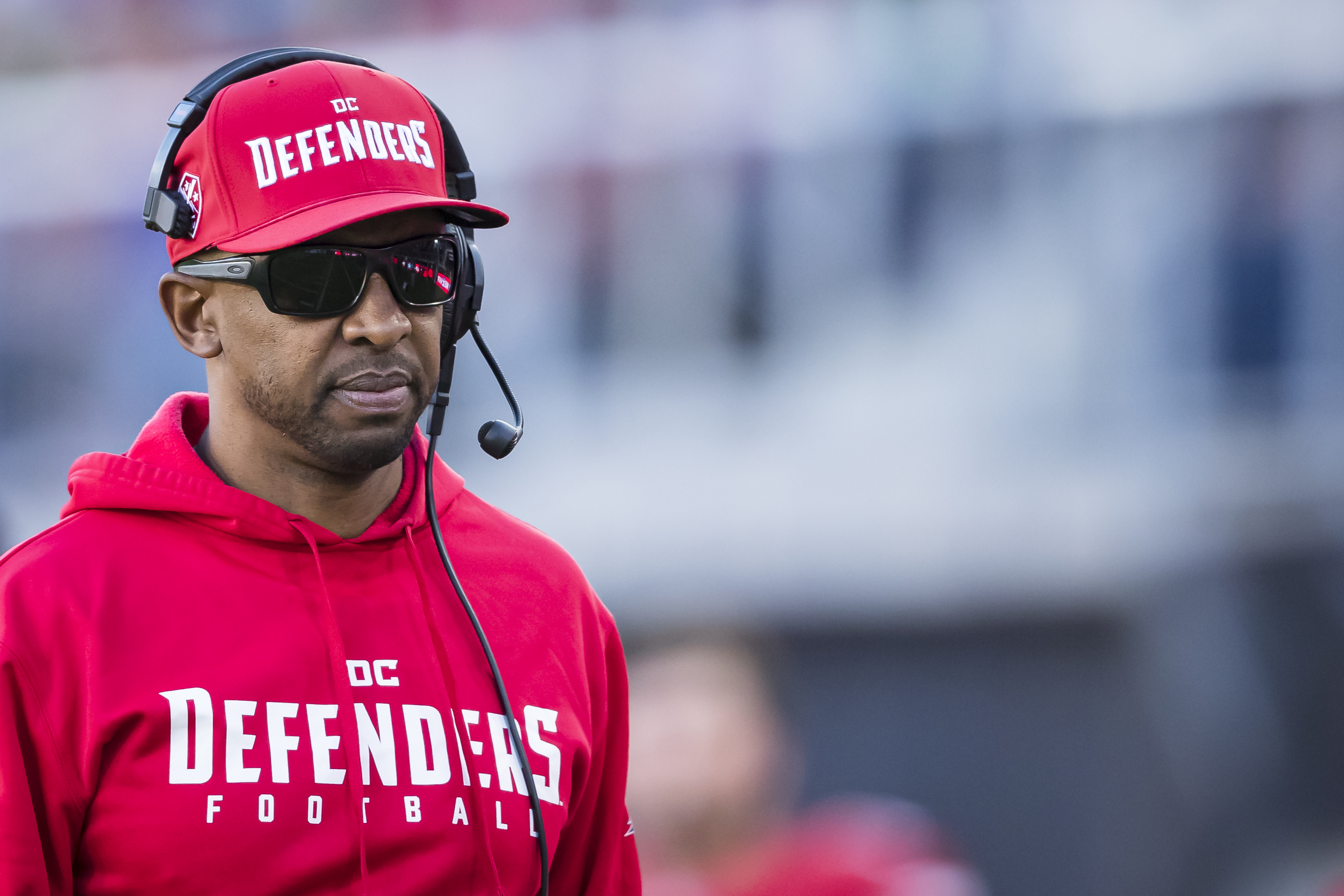 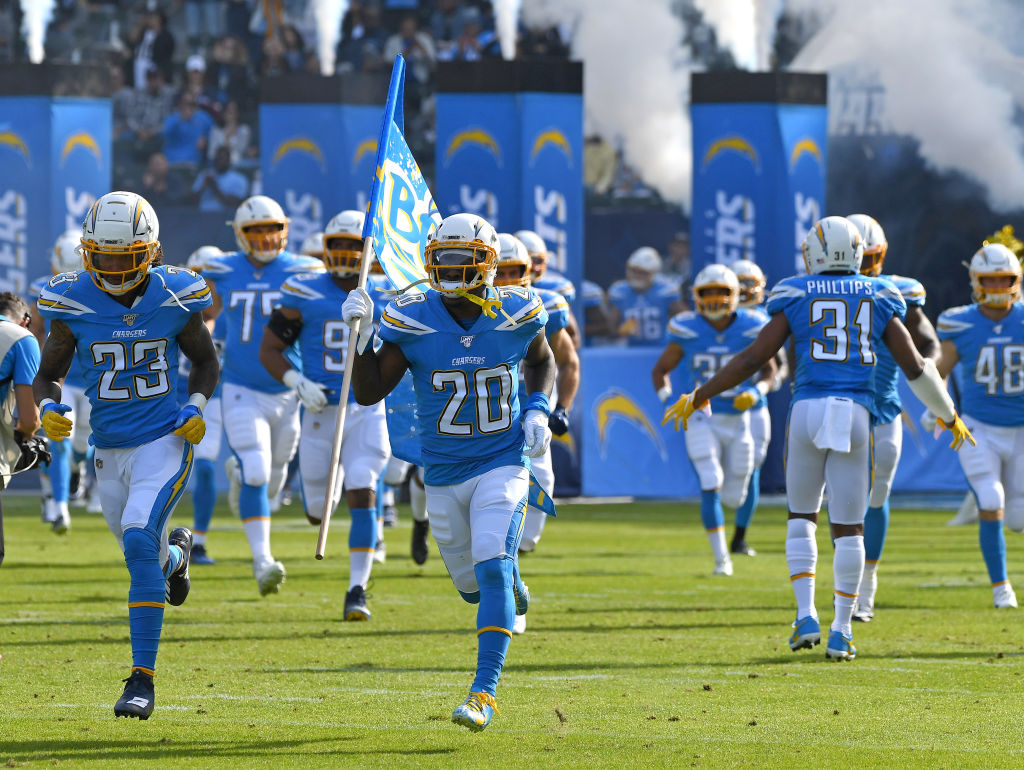 Herbert was born and raised in Eugene, Oregon and says he grew up a Chargers fan.

"Being from Eugene we don't have a lot of pro sports teams here other than the Blazers, so we kind of had to root for teams on the west coast," said Herbert in an exclusive interview with NBC LA. "We just picked teams, and the Chargers were one of them. Growing up I always watched the Chargers games and LaDanian Tomlison, so it's kind of funny how it worked out."

Herbert went to nearby Oregon University for his collegiate career, and became the first freshman to start at quarterback for the Ducks since Chris Miller in 1983. Herbert set school records for offensive yards, passing yards, and touchdown passes as a freshman, was named an All American as a sophomore, the team's most valuable player as a junior, and was the 2020 Rose Bowl MVP as a senior.

Despite all the accolades achieved in college, Herbert always dreamed of playing in the NFL. By returning to Oregon for his senior season he risked not being taken in the first round of the 2020 NFL Draft.

The success of LSU's Joe Burrow and Alabama's Tua Tagovailoa during the 2019 season also had Herbert slipping in many mocking drafts. Entering the first ever virtual draft on April 23, the 6-foot-6-inch quarterback did not know when, where, or if he would be taken in the first round at all.

There were rumors that the Miami Dolphins could take Herbert with the fifth overall pick in the draft, but instead they selected Tagovailoa. The Chargers were next on the clock, and were in need of a quarterback.

Phillip Rivers had been the Chargers franchise quarterback for 16 years. Despite not winning a Super Bowl, Rivers has the career stats and accolades that one day could enshrine him inside the Hall of Fame in Canton, Ohio.

However, after another disappointing season (5-11), that saw the Chargers miss the playoffs. Rivers' was on the chopping block and both he and the Chargers mutually agreed to part ways in the offseason.

The organization could have signed a free agent like Teddy Bridgewater, Tom Brady, Jameis Winston, or Cam Newton, but after a brief flirtation with Brady, they opted to draft a quarterback instead and promote backup Tyrod Taylor into the starting role.

Taylor is a nine-year veteran, a former Pro Bowler (2015), and Super Bowl Champion (2013). He's had his ups and downs in the league, but clearly the Chargers believed he had earned the job, and he would be the perfect mentor to Herbert.

So with just a few minutes left on the clock, Herbert was handed a Chargers hat as he anxiously awaited his name to be called by NFL Commissioner Roger Goodell.

"I wasn't too confident the Chargers were going to take me. I got the hat beforehand and had a little bit of an idea what was going on, but it wasn't until the name 'Tom Telesco' popped up on my phone that I immediately knew what was going on," Herbert said. "I couldn't be more excited or more thrilled for this opportunity. This is something I've waited for my entire life."

Herbert said that Telesco told him on the phone that he was going to be a Charger and that the organization believed he was "their guy." Later, they told him he would one day become the team's next franchise quarterback, but until then, he would wait and learn under Taylor. Herbert said he has no problem with that plan.

"He's a special quarterback," he said about Taylor. "He's done a lot of great things and had a lot of success in this league. If there's anything I can pick up from him it would be huge."

In the meantime, because of the COVID-19 pandemic, Herbert is unable to get to California to meet his coaches and teammates. With NFL training facilities still closed, Herbert has to work with Hamilton virtually from home, but said he's chomping at the bit to get back on the field.

Herbert is known for his long hair and good looks, but he's also keenly aware of the rookie hazing that will be thrust upon him during his first season in the NFL. When asked if he had any problem shaving his long golden locks if a veteran player told him to, he replied:

"Then I guess I'm going to shave my head. If that's what it comes to, then it's going to be gone."

If the season stays on schedule, fans will likely get their first look at Herbert in August when the Chargers host the Dallas Cowboys at the brand new $5 Billion SoFi Stadium in Inglewood for the team's first preseason game.