Chris Taylor hit a three-run homer and Zach McKinstry made big plays with his bat and glove as the Los Angeles Dodgers defeated the Washington Nationals 9-5.

Dodgers outfielders Chris Taylor and Zach McKinstry are more than making up for the absences of MVPs Mookie Betts and Cody Bellinger.

Taylor hit a three-run homer and McKinstry made big plays with his bat and arm Saturday night in Los Angeles' 9-5 victory over the Washington Nationals.

With Betts sidelined by a sore back, Taylor batted leadoff and was in center field. McKinstry is seeing regular time in right with Bellinger on the injured list due to a calf injury.

“Taylor holds his own in the way he plays the game, but for Zack to pick us up was big. Every time he plays he impacts the game somehow,” manager Dave Roberts said.

AJ Pollock also drove in three runs for the defending World Series champions, off to a 7-2 start that includes wins in four of their last five games. Julio Urías (2-0) allowed three runs in 5 2/3 innings.

Juan Soto homered twice and Ryan Zimmerman got three hits for the Nationals, who remain without four players due to coronavirus cases and quarantines. Zimmerman has multiple hits in three of Washington's five games

Taylor's two-out drive to left field off Patrick Corbin (0-1) was the key hit during a five-run second. Taylor's first home run of the season came two batters after McKinstry's single plated a pair of runs to give the Dodgers a 2-1 lead.

McKinstry made a big defensive play to end the top of the first when he threw out Zimmerman at third after a bloop RBI single by Starlin Castro.

“Every day I'm getting more confidence and picking up stuff. Whether it is moving in when pitchers are throwing batters inside or maybe taking a couple steps toward the infield,” McKinstry said about playing right field.

Pollock came up big in the seventh, clearing the bases with a two-out double to left. Andrew Stevenson tried to make a diving grab but missed, with the ball rolling to the wall before it was retrieved by Castro.

Washington pulled to 6-3 in the sixth when Soto lined a drive into the bleachers in right field and Yan Gomes had an RBI single. The Nationals had the bases loaded with two outs but Jimmy Nelson struck out Stevenson.

Soto struck again in the ninth with a two-run shot to right for his eighth career multi-homer game.

Nationals catcher Yan Gomes and infielder Jordy Mercer both made their first start after coming off the injured list Friday. Gomes, a pinch-hitter in Friday's 1-0 loss, had two hits and drove in a run. Mercer got three hits.

“It was good to get those guys in the lineup. Hopefully more are coming soon,” manager Dave Martinez said. “Soto hit the ball and guys played well.”

Corbin, reinstated from the injured list Saturday after clearing COVID-19 protocols, retired the Dodgers in order in the first on 12 pitches but had control problems in the second. He walked the first three batters in the inning before Will Smith was forced out at home on Gavin Lux's grounder to first. Then came McKinstry's single and Taylor's homer.

The left-hander struck out four straight Dodgers in the fourth and fifth before being chased when Corey Seager got aboard on a single and came home on Justin Turner's double to give the Dodgers a 6-1 lead. Corbin ended up allowing six runs on six hits and struck out five.

“I thought it was good to get extended to 80 pitches. I didn't have my best stuff, but for the situations and everything to deal with, I felt alright,” Corbin said.

Urías, who allowed nine hits and struck out three, retired 11 straight from the second to the sixth before surrendering Soto's solo shot. The left-hander is unbeaten in his last 19 regular-season and postseason games (including 14 starts), going 9-0 with a 2.68 ERA.

“It was not as good as my first start. I did the best I could with the pitches I had,” Urías said. “The defense kept making plays behind me and the offense carried us.”

The Dodgers honored late Hall of Fame manager Tommy Lasorda before the game. The video tribute featured Lasorda singing Frank Sinatra's “My Way” during spring training in 2013 during a montage of highlights. Lasorda passed away on Jan. 7 at age 93 due to a heart attack.

“For that video to have Tommy singing, it keeps bringing him to life and allowing us to remember the good times,” Roberts said.

Nationals: RHP Will Harris (right hand inflammation) has progressed to long tossing at the team's alternate training site in Fredericksburg, Virginia. ... RHP Kyle McGowin was moved to the taxi squad after Corbin was brought off the injured list. ... INF Adrián Sanchez has been sent to the alternate training site.

Dodgers: Betts did some batting and running, but is likely to remain out of the lineup until Tuesday. ... RHP Brusdar Graterol (non-injury related) threw 15 pitches in a simulated inning. ... RHP Tony Gonsolin (right shoulder inflammation) will throw a bullpen Sunday. 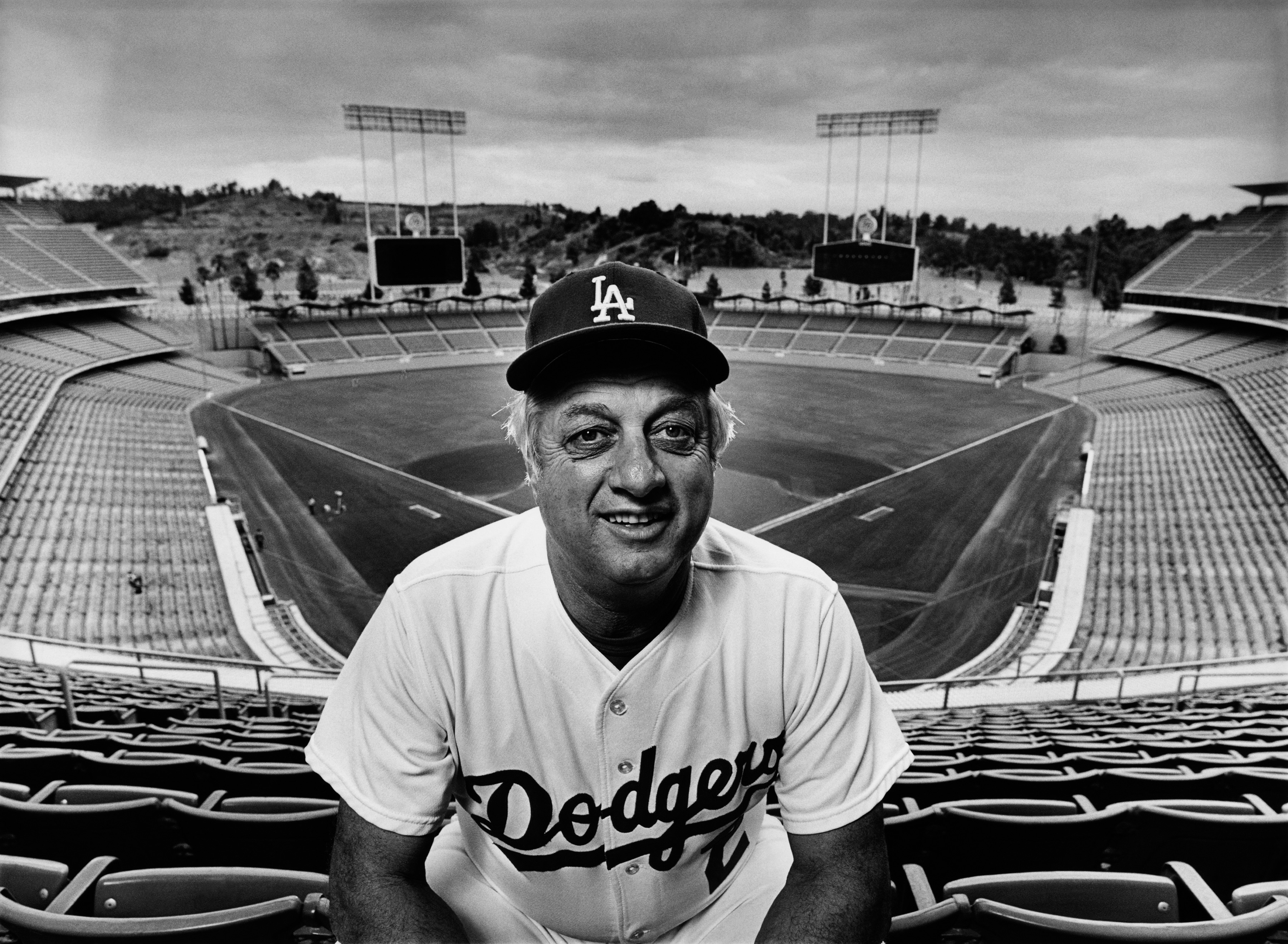 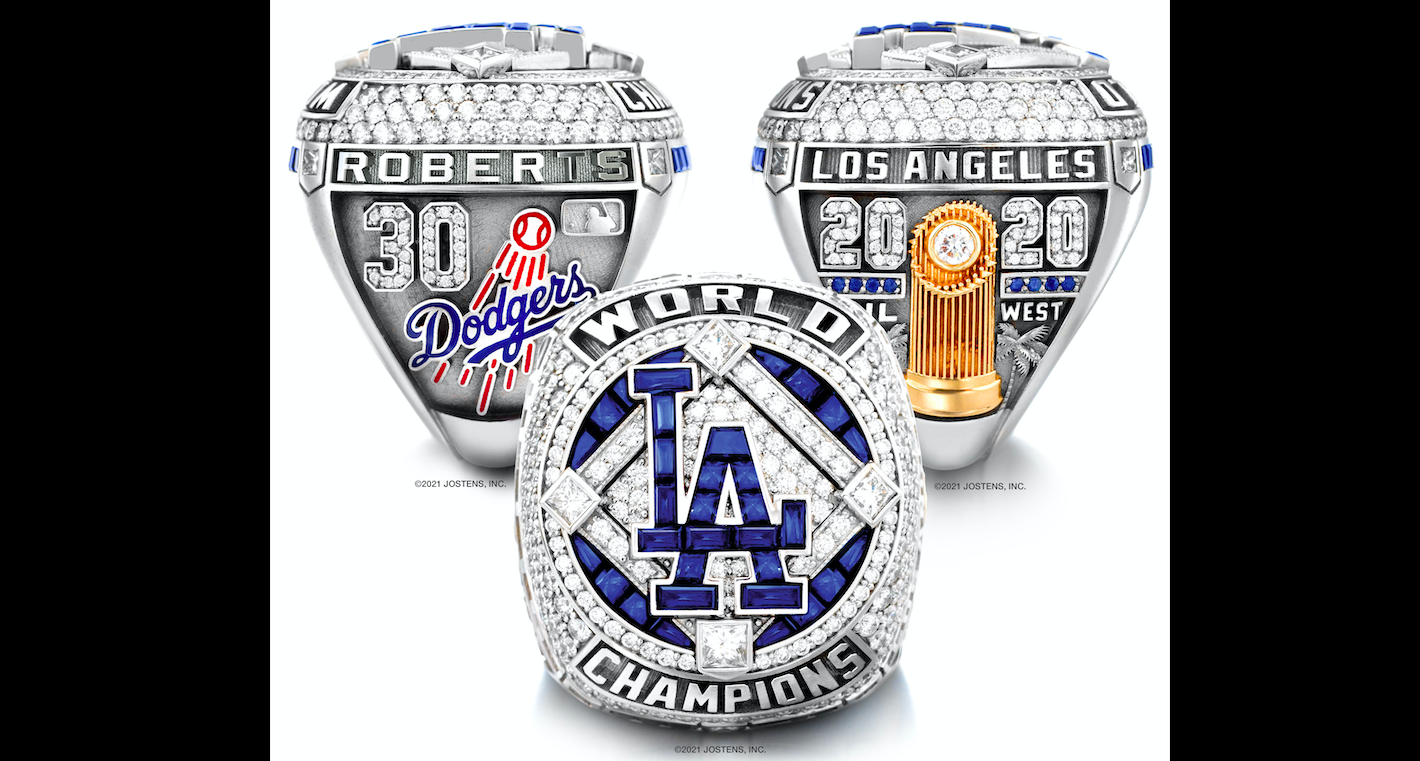