Blake Griffin had his best game since returning from injury last week and the Los Angeles Clippers moved past the Dallas Mavericks 98-91 for their fifth consecutive win on Sunday.

LOS ANGELES – Doc Rivers inserted all his starters back into the lineup on Sunday afternoon and Los Angeles responded with a 98-91, rout over the Dallas Mavericks at Staples Center.

The final score was not indicative of the game as the Clippers led throughout, including by as many as 17 points in the third and fourth quarters.

"Stops. We got defensive stops and scored in transition," Clippers forward Jeff Green told Fox Sports West after the game. "That was big."

One game after scoring 30 points in a shocking upset over the Utah Jazz, Jamal Crawford led all scorers with a game-high 22 points off the bench. J.J. Redick chipped in 20 on an efficient 8-of-10 shooting, and Blake Griffin had his best game since returning last week with 17 points, 11 rebounds and seven assists.

Raymond Felton had 21 points off the bench to lead the Mavericks, Dirk Nowitzki added 14 and Deron Williams had 15.

Both teams are in contention in the Western Conference, but whereas the Clippers are locked into the No. 4 seed, the Mavericks are still fighting for their playoff lives.

"Playoff basketball is right around the corner and we need to establish ourselves now," added Green who scored 11 points in the game.

Dallas dropped the must-win game, and sits in seventh place in the West, just two games ahead of the Utah Jazz and Houston Rockets with just two games left to play.

The Mavericks can move all the way into the fifth seed, or miss the playoffs entirely depending on how the last week of the season plays out.

Meanwhile, Los Angeles awaits their first round opponent – probably, Portland – as the fine-tune before they host the No. 5 seed in the first round next weekend.

1. Return of the Man: Blake Griffin had his best game since returning to the Clippers lineup against the Wizards last Sunday. Griffin messed around and nearly got a triple-double, finishing with 17 points, 11 rebounds and seven assists in 33 minutes.

Rhythmic Gymnastics at the Tokyo Olympics: What to Know for 2021 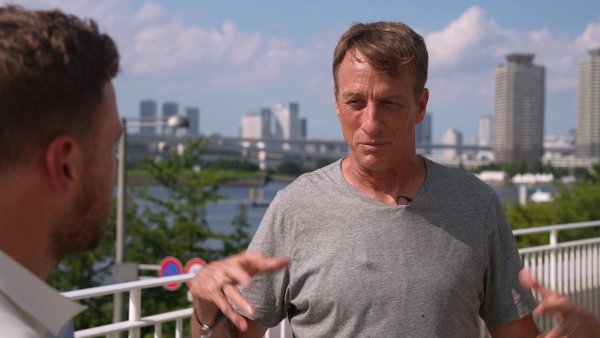 Mavericks (41-39): The Mavericks will head to Salt Lake City to face the Jazz on Monday before their final game of the season at home against the Spurs.

Clippers (52-28): Los Angeles looks to make it six in a row when they host the Memphis Grizzlies in a potential first round matchup on Tuesday night at Staples Center.