A young Mike Tyson. An ageless Tom Brady. The Boston Celtics of the 1960s. The New York Yankees of, well, several different eras.

Which brings us to the 2021 Los Angeles Dodgers.

This group could become the most exceptional team in baseball history.

The defining answer is still six months way, of course. You can’t claim the ultimate title without a championship attached to your resume.

But, with the baseball season less than a month old, all signs point to the Dodgers making a serious run at being included in a very elite club.

Maybe even the lead member.

Their starting pitching is off the charts. Their lineup is stacked from top to bottom. Their player development is the best in the game. And, for good measure, they’re sitting on an apparently limitless pile of money to plug any leaks that may arise during the course of the 162-game grind.

“We have a chance to do something really special,” manager Dave Roberts said just before the start of the season. "When you look at the talent, potential, it could be as good as any team that the Dodgers have ever fielded.”

Comparing teams from different decades is a precarious exercise, at best, but Los Angeles sure seems to match up well with some of baseball's most iconic teams.

“The pedigree is there, the talent is there,” Roberts added. “There’s no telling how good this club can be.”

For starters, we’re not going to consider any team prior to 1947, since a large, very talented segment of the population was barred from playing in the big leagues.

That rules out the 1906 Chicago Cubs, who still hold the mark for best winning percentage (.763) from a season in which they claimed 116 victories and lost only 36 times. Besides, there’s a very glaring mark against that squad: a shocking defeat in the World Series to a team known as the “Hitless Wonders,” the crosstown rival White Sox.

With some regret, we’re also removing the 1927 Yankees — the famed Murderers’ Row squad of Babe Ruth and Lou Gehrig — from the conversation. Sure, they won the American League title by a staggering 19 games and swept the Pittsburgh Pirates in the World Series, but who knows how they would have fared in a world where the Hank Aarons and Willie Mayses of their era were allowed to suit up?

So, with those parameters in mind, let’s see how the Dodgers might stack up against the best of the best since Jackie Robinson broke the color barrier.

—1954 Cleveland Indians. This team won 111 games in a 154-game season and still holds the AL record for highest winning percentage (.721). The starting rotation featured three future Hall of Famers — Early Wynn, Bob Lemon and a waning Bob Feller — but the Dodgers can give them a run for their money with a group that includes reigning NL Cy Young Award winner Trevor Bauer, three-time Cy Young recipient Clayton Kershaw and the dynamic potential of Julio Urias, Walker Buehler and Dustin May. The Los Angeles lineup also looks more dangerous than a Cleveland group that had only one player with more than 24 homers (Larry Doby) and just two players who reached 100 RBIs (Doby and Al Rosen). Also, let’s not forget that the Indians were swept in the World Series by the New York Giants, who won 14 fewer games during the regular season. Advantage: 2021 Dodgers.

—1976 Cincinnati Reds. The Big Red Machine won the NL East by 10 games and swept through the two-round postseason without a single loss. Cincinnati had four future Hall of Famers in their dynamic lineup (Pete Rose, Joe Morgan, Johnny Bench and Tony Perez), not to mention perhaps the most feared hitter of the late 1970s, George Foster. The Dodgers have plenty of pop with Cody Bellinger, Mookie Betts, Max Muncy, Corey Seager and Justin Turner, but maybe aren’t quite at the level of that Reds juggernaut. Then again, the L.A. pitching staff — especially the starters — stands far above a steady but unspectacular Cincinnati rotation led by Gary Nolan and Pat Zachry. Advantage: 2021 Dodgers.

—2001 Seattle Mariners. This team matched the Cubs’ record with 116 wins (albeit, while playing 10 more games) but feels like a complete blip on the radar. The Mariners had posted a losing record just two seasons earlier, and they haven’t made the playoffs in the two decades since that remarkable season. Most telling, they barely slipped by Cleveland in the Division Series (losing one game 17-2!) and went down meekly to the Yankees in the AL Championship Series, four games to one. The Dodgers have certainly left a longer-lasting mark, riding a streak of eight straight NL West titles that includes three trips to the World Series, culminating with their first championship in 32 years during the pandemic-shortened 2020 season. Big advantage: 2021 Dodgers.

—1998 New York Yankees. This might be the only modern-era team that can stand up to these Dodgers. In the midst of winning four World Series titles in five seasons, the Yankees went 114-48 during the regular season and 11-2 in the postseason for a record 125 victories overall. All nine members of the starting lineup reached double-figure homers, and the bullpen featured the greatest closer of them all, Mariano Rivera, who we’d take over Dodgers finisher Kenley Jansen (and anyone else, for that matter). But New York’s rotation, led by 20-game winner David Cone, Andy Pettitte and David Wells, doesn’t look quite as imposing as the Dodgers’ quintet. Advantage: Toss-up.

Again, it's way too soon to issue a final grade for the Dodgers, who were playing just their 20th game Friday night.

But it sure will be fun to watch them chase greatness.

Padres Hold Off Dodgers 3-2 in Resumption of SoCal Rivalry 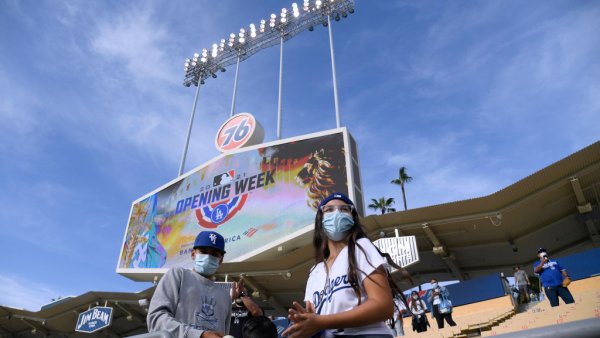 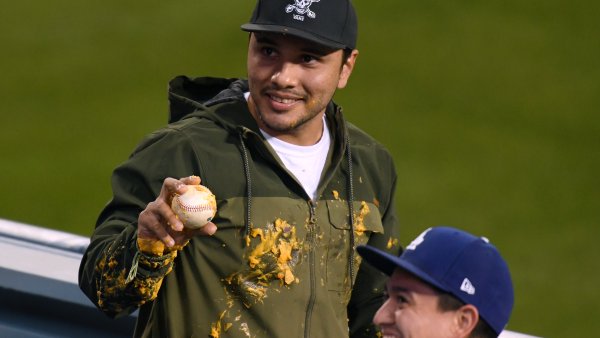