Welcome Back, Fans: What to Know About the New Season at Dodger Stadium

The World Series champions are back in front of a crowd of fans for 2021 at Dodger Stadium.

The Los Angeles Dodgers will play in front of a crowd of fans at Dodger Stadium Friday for the first time in more than 530 days.

And what a home opener it'll be for the storied franchise and its fans.

Here’s what to know about Friday’s home opener for World Series champions. The first pitch is set for 1:10 p.m.

It’s Been a While

The game will be the first with fans at Dodger Stadium since Oct. 9, 2019, when the Dodgers lost to Washington, 7-3, in Game 5 of a National League Division Series in a game best-remembered for Clayton Kershaw allowing home runs on consecutive pitches to Anthony Rendon and Juan Soto in the eighth

Ring in the New Season

Basketball legend Magic Johnson and pioneering tennis champion Billie Jean King will be among those raising the banner, Dodger broadcaster Jaime Jarrin tweeted. Jarrin will also be a participant. Johnson and King are both part of the Dodgers' ownership group.

The members of the 2020 Dodgers who left the team via free agency or trades -- Kike Hernandez, Joc Pederson, Pedro Baez, Alex Wood, Jake McGee, Adam Kolarek, Dylan Floro, Josh Sborz and Terrance Gore -- will be presented with their rings throughout the season, a team official told City News Service. 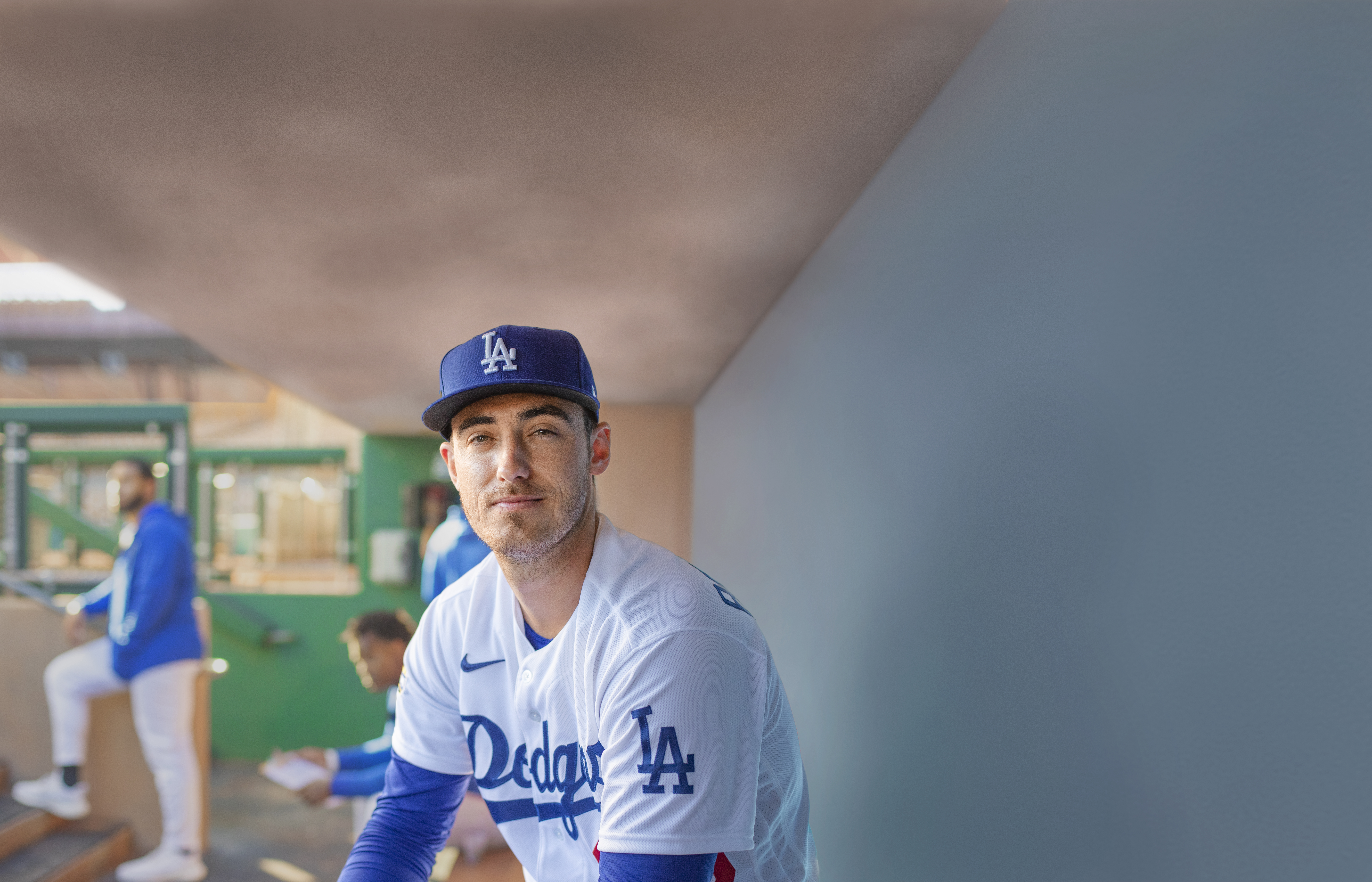 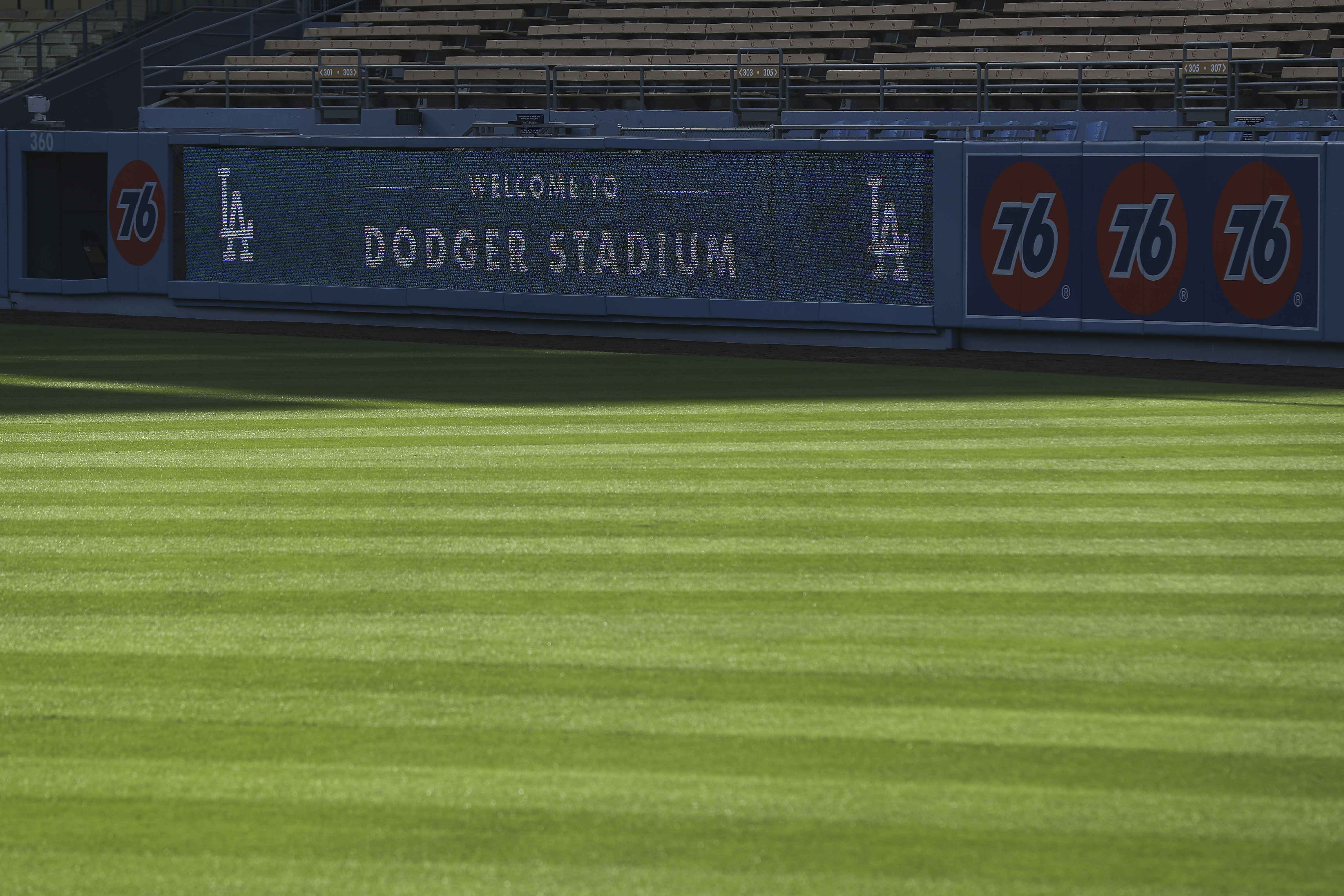 Continuing the tradition of recent World Series champions, the Dodgers will wear special-edition jerseys and caps for the three-game series against the Nationals, featuring gold-outlined logos, a World Series champions patch and a gold VII on the sleeve in recognition of the franchise's seven championships.

The jerseys and caps will go on sale exclusively at Dodger Stadium, Dodgers Clubhouse stores throughout the Los Angeles area and Dodgers.com starting at noon before a broader release on Monday.

Fans can bid on the jerseys to support families in need. Mekahlo Medina reports for Today in LA on Friday April 9, 2021.

A set of the special edition game-worn jerseys will be auctioned on Dodgers.com/auctions with net proceeds benefiting B2B Safe, an initiative of Baby2Baby to provide 10,000 emergency COVID-19 care kits to children who do not have the option of social distancing when they are living in overcrowded

conditions or are experiencing homelessness. Baby2Baby is a Los Angeles-based mega diaper bank and nonprofit organization that provides essential items to children in need across the nation.

While being in the orange tier under the state's Blueprint for a Safer Economy allows 33% capacity at baseball stadiums with suites limited to 25%, the Dodgers initially expect to host around 15,000 fans for their games at 56,000-seat Dodger Stadium, nearly 27%, allowing for distancing between seating pods, a team official said.

The following changes and rules implemented at Dodger Stadium in response to the coronavirus pandemic:

Team officials said hand-sanitizing stations will be located throughout the stadium, and additional staff will be on hand to clean high-touch areas. Bathrooms will have reduced capacity and be outfitted with contact-free soap and towel dispensers.

Plexiglass dividers have been added to merchandise locations and other areas of interaction.

Fans are encouraged to visit Dodgers.com/FanSafety to familiarize themselves with all the changes to the fan experience at Dodger Stadium entering 2021.

The game will also be the first for fans to experience a series of stadium improvements, including the creation of Centerfield Plaza, renovations to the Left and Right Field Pavilions, bridges to connect the new pavilion standing room decks to the rest of the stadium and a new sound system.