Corey Seager hit a tiebreaking double in the eighth inning, lifting the Los Angeles Dodgers to a 3-2 victory over the Atlanta Braves in a matchup of playoff contenders.

Corey Seager hit a tiebreaking double in the eighth inning, lifting the Los Angeles Dodgers to a 3-2 victory over the Atlanta Braves in a matchup of playoff contenders Tuesday night.

Atlanta lost All-Star second baseman Ozzie Albies after he fouled a ball off his left knee in the fifth and had to be carried off the field. He’s batting .260 and leads the National League in extra-base hits with 63. The team said X-rays were negative.

Mookie Betts drew a leadoff walk from Tyler Matzek (0-4) and scored from first on Seager’s hit to deep right-center, giving the Dodgers their first lead of the game. Matzek’s streak of scoreless innings ended at 18 1/3.

"I was just battling," said Seager. "I was just trying to stay direct and get a pitch to hit."

Betts’ homer in the fourth left the Dodgers trailing 2-1.

Los Angeles moved within a half-game of NL West-leading San Francisco after the Giants lost 6-2 to the Milwaukee Brewers.

The NL East-leading Braves dropped their sixth straight at Dodger Stadium, where they've lost nine of 10.

Blake Treinen (5-5) struck out the side in the eighth. Freddie Freeman slammed his bat in the grass after he went down swinging. He grounded out in his first three at-bats.

Kenley Jansen retired the side in the ninth for his 30th save.

"They're our two highest leverage guys," said Roberts of Treinen and Jansen.

Chris Taylor’s pinch-hit sacrifice fly tied it at 2 in the Dodgers seventh.

Travis d’Arnaud’s RBI double extended Atlanta's lead to 2-0 in the fourth. He was robbed of a potential home run by Betts in the second. Betts raced to the lower wall in right and got his glove over it just in time to make the catch.

Sporting bleached-blond hair, former Dodger Joc Pederson sent a solo shot into the right-field pavilion in the third off Walker Buehler for a 1-0 lead.

"I know I'm going to get a text or whatever from him," said Buehler about his friend and former teammate Pederson. "People aren't supposed to hit that pitch that way. Joc certainly has some skills in doing that. We got the win, and that's all that I care about."

Braves starter Charlie Morton gave up one run in six innings, struck out eight and walked two in his first outing at Dodger Stadium since he was the winning pitcher in Game 7 of the 2017 World Series, in which Houston defeated the Dodgers.

Dodgers: LHP Clayton Kershaw (left elbow inflammation) will complete a bullpen session in the next couple of days and throw a two-inning simulated game on Saturday. ... RHP Tony Gonsolin (right shoulder inflammation) will throw a bullpen on Wednesday. ... LHP Danny Duffy (forearm) remains weeks away from throwing off the mound. He's been playing catch.

Earlier, the Dodgers claimed a pair of right-handers — Jake Jewell and Ryan Meisinger — from the Chicago Cubs.

Jewell was 0-2 with a 9.90 ERA in 10 games for Chicago. He's spent parts of three seasons with the Los Angeles Angels, who originally drafted him in 2014, and the Cubs.

Meisinger was 0-0 with a 12.27 ERA in seven games for the Cubs. He's had other stints with Baltimore and St. Louis. 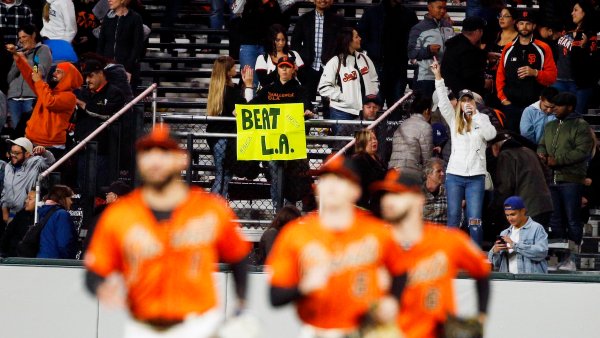 Dodgers Chosen as ‘Most Hated' Baseball Team in United States 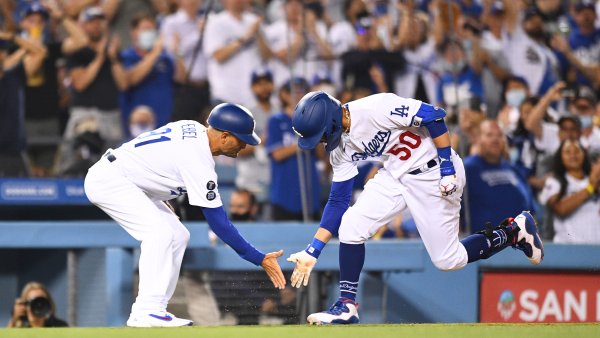