Current big league pitchers discuss Hall of Fame legends of the past in a new podcast hosted by former Dodger Ross Stripling.

In early October of 2017, while drenched in stale beer and cheap champagne, I was fortunate enough to capture a moment very few people will ever have the privilege to see.

The Los Angeles Dodgers were celebrating their National League Division Series sweep over the Arizona Diamondbacks. They would later go on to the World Series where they lost in heartbreaking fashion to the Houston Astros in seven games.

But this is not about that.

As the team donned their protective eye goggles, NLDS t-shirts and hats, three-time Cy Young Award winner and former MVP, Clayton Kershaw, locked eyes with someone standing on the other side of the room.

Ironically, it was another three-time Cy Young Award winner and former MVP. It was four-time World Series Champion Sandy Koufax. A two-time World Series MVP winner, and arguably the greatest left-handed pitcher of all time.

I've often wondered what these two legendary pitchers talk about when they get together. Does Koufax think he would have been the best ever had he not gotten hurt and retired? Does Kershaw wish he could have competed against Koufax in today's game?

The "G.O.A.T." debate in professional sports is one that will take place in barbershops, sports bars, and stadiums for eternity. Comparing and contrasting the game's best from different eras has always been a daunting task, and one that would require a time machine to answer definitively.

The current Toronto Blue Jays starter has launched a new podcast entitled, "GOATS, On The Bump." The premise is simple: the greatest modern pitchers in baseball sitting down with Stripling to discuss the legendary arms of the past. But we'll let Stripling explain it:

"It's a pitching history podcast with me and a current big league pitcher talking about a Hall of famer from the past," said Stripling in a recent interview with NBC LA. "Talking about what they did in that era to be great; their stats, their arsenal, all that kind of stuff, and then try and translate it to the game today. The last question of every podcast is: would they be good in today's game?"

That was the final question Stripling asked his friend Clayton Kershaw in the first episode that premiered on Tuesday.

“I think Sandy would have been great,” Kershaw says after breaking down Koufax's resume, watching old YouTube videos, and sharing personal stories. “The way he pitched is how people are pitching now. The launch angle, the guys swinging up, to the ball, to hit the ball up in the air — the high fastball plays, the curveball plays. I think he would have been great.”

Stripling says he wanted to make the first episode "a big one." So he called on his former teammate to discuss the Hall of Fame pitcher that he's compared to the most. To do so, they both took a trip down memory lane to share their personal stories of meeting and talking pitching with Koufax.

“Have you ever seen Sandy’s hands wrapped around a baseball?” Kershaw says. “He’s like ‘Hey, well, you should really try this with your curveball.’ And his middle finger and his thumb are touching on the other side of the baseball. I’m like, ‘Sandy, I can’t do that. My hands are normal-sized. I can’t do that.’ That big of a hand can make a curveball do some crazy things.”

"I have that in all caps right here: HIS HANDS,” he says. “Because I have the exact same story. He comes up to me and he says, ‘Strip, I feel like sometimes I can see your curveball pop out of your hand. If you could just throw it like this . . .’ I was like ‘What?’ I mean, he doesn’t have hands. He has paws.”

The first episode is not just about Koufax though. Stripling beautifully details his relationship with Kershaw and brings up a never before told story about how easily and quickly Kershaw learned to throw the slider, a pitch that many baseball experts believe is the best in his four-pitch arsenal.

"I was struggling so bad, it was my second year and I got called into the office. Joe Torre was our manager, and Don Mattingly was our hitting coach at the time," recalls Kershaw. "Joe had Donny, come in and asked him, 'What would be your game plan against Kersh?' Donny was like, 'He doesn't really throw his curveball for a strike, so he only has one pitch, so my plan would be just don't miss the fastball.' So Joe said, 'Just figure out how to throw something for a strike.' So that day I threw a bullpen and started trying to throw a slider."

"It's that easy," jokes Stripling. "I love that story. You're at Wrigley Field and basically they said 'Kid, you're going back to Double-A if you don't learn another pitch,' and you just learn the best lefty slider in the game."

The jokes between the two friends don't stop there. Early in the episode when reminiscing on how easy Koufax is to approach and have a conversation with, Stripling says other old-timers like to bring up how much money they made in their era compared to players today.

“At 85, are you going to be coming into the Dodgers clubhouse, telling the young bucks what’s up?” Stripling asks Kershaw.

The weekly podcast will release a new episode every Tuesday for the next 10 weeks. In addition to Kershaw on Koufax, upcoming episodes include Dodgers' ace Walker Buehler talking about Pedro Martinez, reigning Cy-Young Award winner Trevor Bauer on Tim Lincecum, and even Stripling's college best friend Michael Wacha recalling his memories of another Cardinals legend in Bob Gibson.

Stripling says his preparation takes over two hours as he studies and researches the Hall of Fame pitchers before he records each episode.

“For example, was Steve Carlton’s slider really as nasty as everyone says it was,” asks Stripling about a later episode with current Blue Jays teammate Robbie Ray. “And then you go watch videos, and you’re like ‘Yeah, that thing was frickin’ disgusting.’”

The creation of the show was the brainchild of podcast entrepreneur Matt Staudt, who Stripling became friends with when the former was working for iHeartMedia and the latter, was with the Dodgers.

In June of 2020, Stripling brought the "Big Swing" to Jam Street, and immediately after, while on a flight from Los Angeles to Paris, Staudt was inspired by a Ken Burns' baseball documentary and the idea for "GOATS, On the Bump" was born.

"It was his idea. He's a big Oakland A's fan," Stripling says of Staudt. "He said 'History podcasts are in right now, and there's not a lot of baseball history podcasts out there.' It was flat out his idea, but he let me run with it."

With Stripling's "Big Swing" podcast already on his platform, Staudt knew the former All-Star and licensed stockbroker would make the perfect host of the show.

"With the network I have of big league pitchers, it was easy for me to reach out to them," said Stripling. "At first I wanted to find the best guys I could, and luckily I was in the locker room with guys like Kershaw and Buehler." 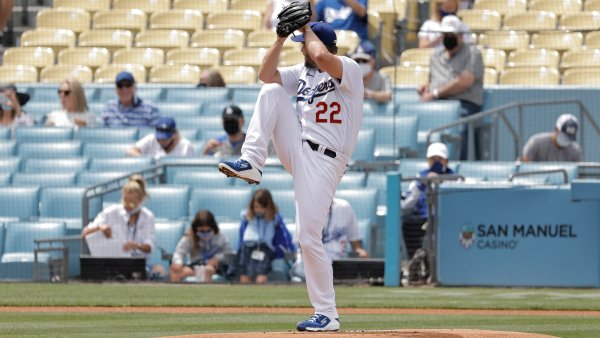 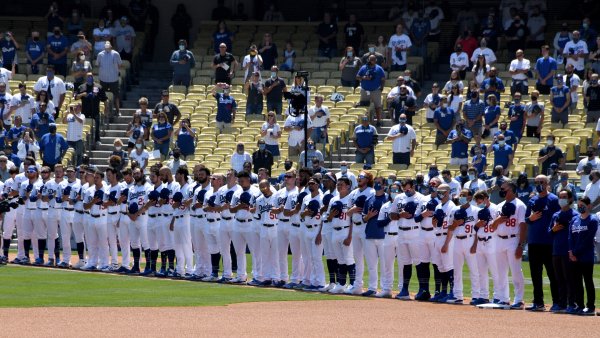 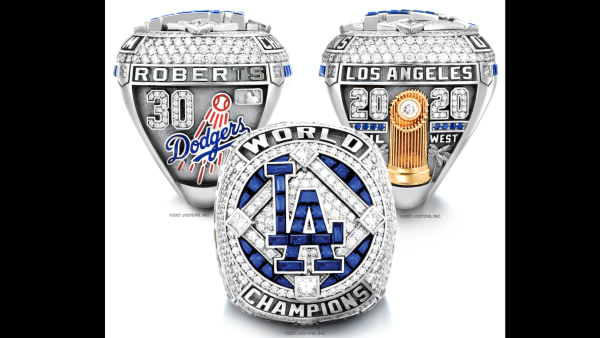 Stripling says Staudt's vision for the show extends beyond just Hall of Fame pitchers, and they're already working on an iteration of it with big league hitters.

"He sees it as having the potential for beyond just this baseball podcast with me," said Stripling of Staudt. "I think he sees it as a vertical and have like NBA players from the past and other sports as well. We're going to try and find a hitter that would maybe do the same thing, but with hitters."

In the meantime, both Stripling and Staudt are excited for fans of the game to listen to contemporary pitchers compare themselves with their counterparts of the past.

As for the "Big Swing" podcast, Stripling is currently focused on the Blue Jays season in Dunedin, Florida, and getting them deep into the postseason in 2021, but promises new episodes are coming soon.

"Baseball trumps everything, but the Big Swing will be back very soon," said Stripling.