Cody Bellinger has been cut by the Los Angeles Dodgers, making the 2019 NL MVP a free agent. Rather than offer him arbitration, the Dodgers decided not to tender a 2023 contract to Bellinger.

Cody Bellinger was cut by the Los Angeles Dodgers on Friday, making the 2019 NL MVP a free agent.

Rather than offer him arbitration, the Dodgers decided not to tender a 2023 contract to Bellinger. The 27-year-old outfielder earned $17 million this season, when he batted .210 with 19 homers, 150 strikeouts and a .654 OPS in 144 games.

Bellinger likely would have received a slight raise in arbitration, but the NL West champions chose to let him go instead. The relationship may not be over, though.

“I wouldn’t necessarily say that this is a closing of the chapter of Cody and the Dodgers,” president of baseball operations Andrew Friedman said via Zoom.

“We still very much believe in the talent of Cody and his competitive makeup. We have interest in a reunion. We’ll continue talks with Cody and his group as he goes through the process on his end.”

While prized for his defensive prowess, Bellinger has endured a stunning regression on offense over the last three seasons.

In 2021, he was limited to 95 games during the regular season when he was on the injured list three times and batted .165. 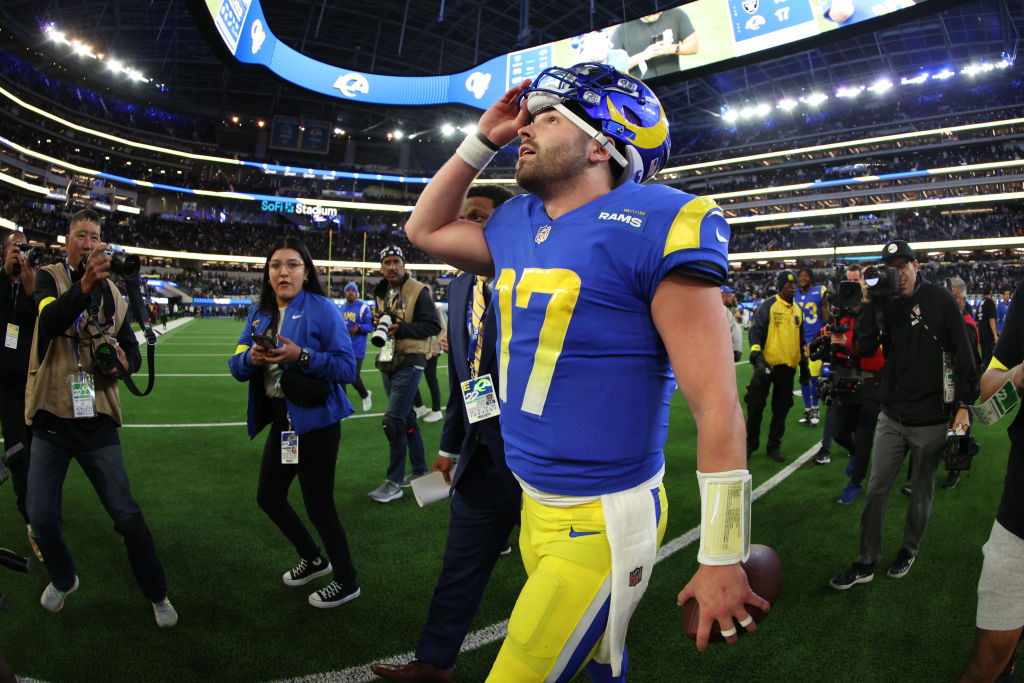 His fortunes turned around in the postseason. He hit .353 in 12 games and had the go-ahead RBI single in Game 5 of the NL Division Series against the rival San Francisco Giants. Bellinger also launched a tying, three-run homer against Atlanta in Game 3 of the NL Championship Series.

In 2020, Bellinger hit .239 with 12 home runs in 56 games during the pandemic-shortened season. He homered three times in the NLCS, and the Dodgers beat the Braves to reach the World Series. They went on to defeat Tampa Bay in six games to win the franchise's first title since 1988.

Bellinger has battled injuries since his MVP season, including surgery on his right shoulder in November 2020.

This year, the Dodgers gave Bellinger numerous chances to turn himself around at the plate. He stayed in the lineup as the starting center fielder until September, when manager Dave Roberts benched him against left-handed pitching.

In a sign of things to come, Bellinger was benched against a right-hander in Game 4 of the NLDS as the Dodgers were ousted by San Diego. He flied out as a pinch-hitter in his final plate appearance.

Before his precipitous drop-off, Bellinger was the 2017 NL Rookie of the Year and 2018 NLCS MVP. He made two All-Star teams, and won a Gold Glove in 2019.

“We still really believe in the talent of Cody and feel like he is as committed as ever to figure it out,” Friedman said. “I felt that way coming into ’22 and I feel that way again heading into '23.”

Should a reunion not occur, the Dodgers' internal candidates to play center field are Trayce Thompson, Chris Taylor and James Outman.

Ríos played in 27 games for the Dodgers this year, with seven homers and 17 RBIs. He missed most of the season with a right hamstring strain and finished up with Triple-A Oklahoma City.

Williams was selected off waivers by the Dodgers this month. He played in 79 games with San Francisco and Miami in 2022.

Earlier this month, the Dodgers declined their 2023 option on two-time All-Star third baseman Justin Turner, although he could still re-sign with the team. Their qualifying offers to free agent shortstop Trea Turner and left-hander Tyler Anderson were rejected by both All-Stars.

Anderson signed a $39 million, three-year deal with the Los Angeles Angels this week.