Dodgers Seek to Even Division Series Against Giants

The San Francisco Giants shutout the Dodgers 4-0 in Game 1 of the National League Division Series on Friday.

The Los Angeles Dodgers will seek to even their National League Division Series against the San Francisco Giants at one game apiece Saturday night at Oracle Park in San Francisco with Major League Baseball's lone 20-game winner in 2021 on the mound. 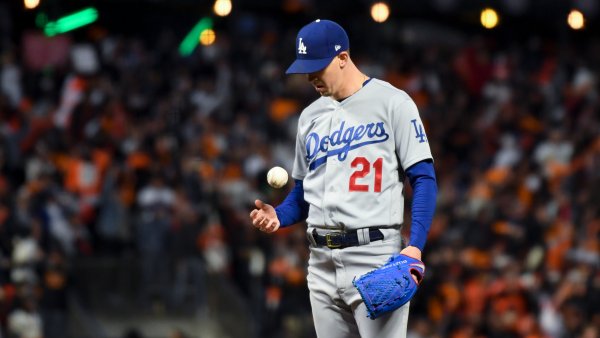 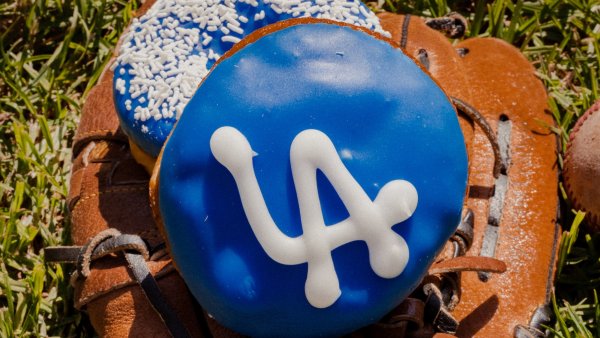 Urias has not lost since June 21, going 11-0 with a 2.03 ERA during the 17-start unbeaten streak. He was 4-0 with one save and a 1.17 ERA including pitching three perfect innings in Game 7 of the National League Championship Series for the victory, and pitched 2 1/3 perfect innings for the save in the Dodgers' series-clinching 3-1 victory over the Tampa Bay Rays in Game 6 of the World Series.

Gausman was 14-6 with a 2.81 ERA, the sixth-lowest in the National League. He was fourth in the league with 227 strikeouts.

Gausman was selected for the National League all-star team after recording one of the best first halfs in team history. Gausman's 1.73 ERA in his 18 pre-All-Star Game starts was the second-lowest by any qualified Giants pitcher in their first 18 starts since Hal Schumacher posted a 1.39 ERA in his first 18 games in 1933, according to the Elias Sports Bureau, MLB's official statistician.

Gausman went 5-3 with a 4.42 ERA over his 15 starts in the second half of the season but still finished with a career-high in wins and innings pitched, a career-low in ERA and reached the 200 strikeout mark for the first time in his career.

He was second in MLB with 492 swings and misses, behind Toronto Blue Jays' left-hander Robbie Ray who had 527. Gausman was 1-1 with a 3.21 ERA in three starts against the Dodgers.

Taylor did not play Friday. He hit a tie-breaking two-run home run with two outs in the bottom of the ninth inning to give the Dodgers a 3-1 victory over the St. Louis Cardinals in the NL wild-card game Wednesday at Dodger Stadium after entering the game in the seventh inning as part of a double switch.

The Dodgers were held to five hits by right-hander Logan Webb and two relievers Friday.

"We didn't make adjustments,'' Roberts said. "I thought he had good command tonight, mostly the glove side versus the right-hand hitters. Then the slider, the change down below, and we just chased a lot more than we should have. If you don't make adjustments, then they're going to keep going to the well and that was kind of the story of it.''

The Dodgers were hitless in five at-bats with runners in scoring position.

Trea Turner and Justin Turner grounded out to end the first, stranding Corey Seager, who grounded into a force out, advanced to second on a throwing error by San Francisco shortstop Brandon Crawford and to third on Trea Turner's ground out.

The Turners are not related.

Corey Seager doubled with two outs in the sixth, but Trea Turner, the 2021 NL batting champion, struck out to end the inning.

Will Smith doubled with one out in the seventh but Beaty and Bellinger struck out to end the inning.

All of San Francisco's runs came on home runs.

Buster Posey hit a 3-0 four-seam fastball off Walker Buehler with two outs in the first for a two-run home run. Kris Bryant homered off Buehler leading off the seventh.

Crawford hit a solo homer off Alex Vesia with two outs in the eighth.

Buehler allowed three runs and six hits in 6 1/3 innings, striking out five and walking one and was charged with the loss. Webb allowed five hits in 7 2/3 innings, struck out 10 and did not walk a batter in his postseason debut.