Dodgers' Gonzalez and Puig on Their Way to Being All-Stars

Puig leapfrogged his way to the lead for N.L. outfielders

Yasiel Puig’s Player of the Month award winning May has helped make him the top vote-getter among N.L. outfielders vying for a starting spot in the 85th All-Star game Tuesday, July 15 in Minnesota, Major League Baseball announced in the second round of fan balloting.

Puig hopped over the four outfielders ahead of him the first round of ballots and now has 935,276 votes, which puts him ahead of last week’s leader Charlie Blackmon (883,186) of the Colorado Rockies and the Miami Marlins Giancarlo Stanton (863,307).

Puig continues to dominate at the plate. The 23-year-old is tied for the N.L. lead with 22 multi-hit games and ranks second with a .430 on-base percentage and 123 total bases. 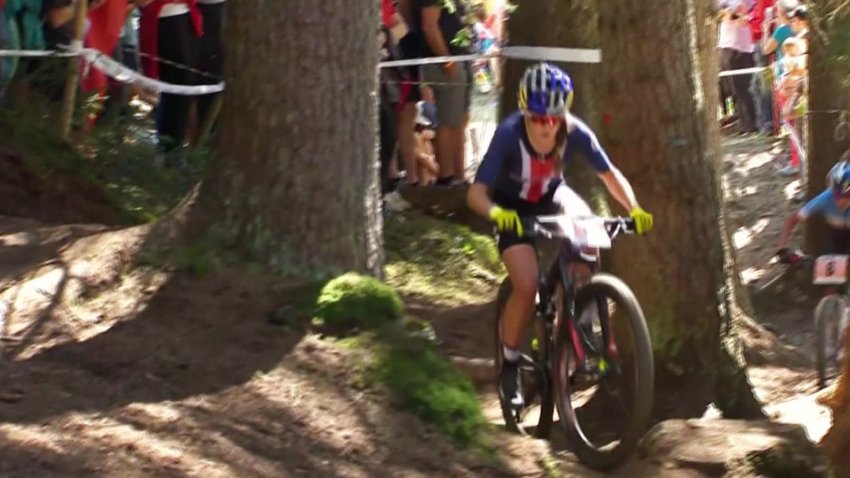 Kate Courtney Doesn't Mind if Mountain Biking is Her Only Talent

If the Cuban star holds onto the number one slot, Puig would be the fourth fan-elected Dodgers outfielder to start an All-Star game in the last five years following Andre Ethier in 2010 and Matt Kemp in 2011 and 2012.

Adrian Gonzalez’s struggles at the plate haven’t deterred fans from voting for the four-time All-Star. The Dodger first baseman is hitting .264 with 12 home runs and 38 RBIs, but his splits for the month of May .213/.323/.380 were not exactly All-Star caliber. Still, his 647,826 ballots put the 32-year-old in first place ahead of Justin Morneau (525,614) of the Rockies and Freddie Freeman (511,177) of the Braves for the starting first baseman vote.

Dee Gordon and his 530,289 votes still trails the leader Chase Utley (974,196 votes) of the Phillies for the starting spot at second base.

Rockies shortstop Troy Tulowitzki leads the majors in total votes with over 1.4 million. Angels outfielder Mike Trout, who’s battling a back injury, is the top American League vote-getter with over 1.3 million.