Dodgers on Cloud Nine After 4-0 Shutout of Rockies

The Dodgers are on cloud nine.

Pederson led off the third inning with his sixth home run of the season and fourth in his last eight games, when he sent a first pitch fastball from Tyler Chatwood 421-feet over the centerfield wall. 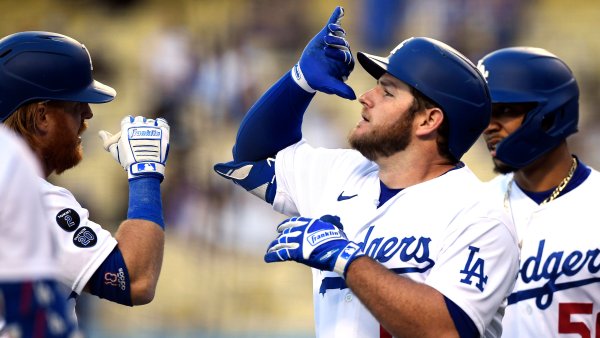 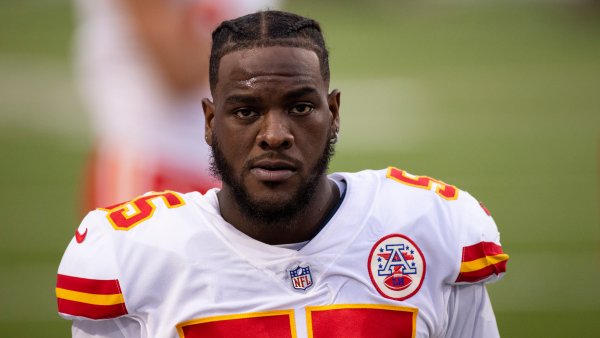 "I've been hitting off Doc [Dave Roberts] in the cage during batting practice and I have a good routine going," said Pederson of his hot-hitting as of late. "You're always trying to go up there and hit a good pitch, and he gave me a fastball on the first pitch and I was able to get on it."

The mammoth blast extended the Dodgers historic home run streak to a season-high 16 games, the fourth longest in franchise history, the longest in Dodger Stadium history, and ties a 16-game streak in 1956 at Ebbets Field.

"I didn't know that stat," added Pederson of the streak. "It's definitely fun to be a part of."

His manager believes that there's a connection between the home run streak and the team's recent winning streak.

"There's a connection," said Roberts. "We talk about scaring pitchers. When you're a pitcher and you have to be perfect to get guys out, that's a tough way to go through a lineup. We've been very stubborn, and when there's a pitch we can do damage with, we're slugging."

The franchise record for consecutive games with a home run is 24 in 1953. If the Dodgers can hit one out of the park on Sunday, they will tie the Los Angeles record set in 1960 when the team homered in 17 consecutive games while playing at the L.A. Memorial Coliseum.

Chatwood (6-8), struggled with his command throughout the game, walking a season-high eight batters before exiting stage right in the fourth inning.

"He couldn't throw the ball over the plate," said Roberts of Chatwood's command. "In my opinion when you face a guy like Clayton, the opposing pitcher is always ramped up and jacked up. Chatwood was max effort from pitch one and when you're doing that, it's hard to sustain. Our offense is very disciplined outside the strike zone. We're willing to take the walk. It's a formula we've been doing the last couple of weeks."

The Southern California native walked four batters in the fourth inning alone, including three consecutive to walk in a run, as the Dodgers took a commanding 4-0 lead.

Ordinarily, four runs in a baseball game is not a lot, but with three-time Cy Young Award winner Clayton Kershaw on the mound, it might as well be game over.

"He was on edge," Roberts said of Kershaw on Saturday. "He was amped up and a little frustrated early on, but he settled in nicely."

Kershaw improved to 93-0 during the regular season when he is given at least four runs of support and earned his MLB-leading 11th win of the season.

"It's incredible," Kershaw said of his record and the team's performance lately. "It seems like every night you find a different way to win and every time we come to the field it feels like there's no way you're going to lose.

Kershaw (11-2) scattered just four hits, two of which came in the first inning, as he struck out eight, walking just one, in six shutout innings. He also lowered his ERA to 2.47 on the season, fourth lowest in the major leagues.

"They're a really good team over there, and we're going to have to beat them down the stretch," said Kershaw. "It's important to get these wins now, especially when we're playing so well."

Kershaw followed in teammate Alex Wood's footsteps with his 10th consecutive start without a loss. Astros' starter Dallas Keuchel currently holds the longest active streak at 13, followed by Wood (11), and then Kershaw (10).

The Dodgers walked a total of 10 times in the game; the second-most free passes issued this season.

Corey Seager did not start, and was listed as day-to-day with a grade-one hamstring strain, suffered in the second inning of Friday's victory.

Kershaw surpassed Orel Hershiser for most wins by a pitcher in Dodger Stadium history, earning the 77th victory of his career at the Ravine.

Los Angeles has won 15 of their last 16 games, and hold the best record in the National League at 50-26, and best home record in all of baseball.

Sandy Koufax made his debut 62 years ago to the date, and struck out two in two scoreless innings of relief.

The finale of the three-game series with the Rockies is on Sunday afternoon as Los Angeles looks for the sweep against their divisional rivals. LHP Tyler Anderson takes the mound for Colorado and RHP Brandon McCarthy for the Dodgers. First pitch is scheduled for 1:10PM PST.