The Los Angeles Dodgers finally have something besides eight straight NL West titles to brag about. This year, they head into the 2021 season as defending World Series champions, having ended a 32-year drought during the COVID-19 pandemic.

David Price will make his Dodgers debut after opting out last season because of the COVID-19 pandemic, but it could come out of the bullpen. The former AL Cy Young Award winner has told the team he’s open to whatever role they need him in, and he could provide valuable left-handed relief.

Once again, the Dodgers boast tremendous depth and figure to platoon at various positions. The reigning World Series Champions seek to become the first team to go back-to-back since the New York Yankees won three straight titles between 1998 and 2000. Below are some of the biggest storylines heading into the 2021 season.

Trevor Bauer's 1.73 ERA led the NL last season and he won the NL Cy Young Award while pitching for the Cincinnati Reds. After signing a $102 million, three-year deal in February, he's already turned heads by pitching with one of his eyes closed in spring training. The Dodgers lost Joc Pederson and Kiké Hernández in free agency, but still boast two former MVPs in the outfield in Mookie Betts and Cody Bellinger. Not to mention, the reigning World Series MVP in shortstop Corey Seager. Kershaw is also a former MVP, albeit for his performance on the mound during the 2014 season.

Hernández’s presence on offense and defense, as well as his high spirits in the clubhouse, will be surely be missed. But Zach McKinstry has had a strong spring and the utility man can play second base, shortstop, and center field. Former top prospect Gavin Lux figures to be a regular at second base against right-handers, and he gives the team another left-handed bat in the lineup. Once again, Chris Taylor’s versatility will have him all over the field, but he’ll also get time at second base against left-handers.

The Dodgers could give any number of aces on their staff the ball on opening day. But manager Dave Roberts chose three-time NL Cy Young Award winner Clayton Kershaw, who is set to start his franchise-record ninth opening day on April 1 at Colorado. Buehler and Bauer were under consideration, too. Kershaw is heading into the final year of his current contract. The left-hander is 11-5 with a 4.44 ERA when pitching at Coors Field.

Catcher Keibert Ruiz and right-hander Josiah Gray are considered the top two prospects in the organization, but neither made the major-league roster out of spring training. Ruiz is still behind Will Smith and Austin Barnes on the depth chart. He missed most of camp because of a visa issue, but will be a reliable option in the minor leagues. Gray will start the season at the alternate training site and figures to be part of the Dodgers’ Triple-A rotation this year. He’s likely to be called upon to provide depth to the team’s powerhouse rotation at some point during the season. Roberts is impressed with both players. Second baseman Michael Busch and third baseman Kody Hoese were both first-round picks in 2019 and could also contribute this season.

Cody Bellinger had arthroscopic surgery on his right shoulder during the offseason and he spent spring training working his way back into game shape. He'll have had just two weeks of games to get ready for the season, but the team expects the 2019 NL MVP to be starting in center field on opening day.

The Dodgers will open the season April 1st at Colorado, which starts a seven-game road trip. After a four-game series to start the weekend, the Dodgers will travel to Oakland for a three-game set against the reigning American League West champion Athletics.

After a weeklong road trip to start the season, the Dodgers open at home on April 9th against the Washington Nationals. They'll receive their World Series rings that night and celebrate winning the franchise's first championship since 1988. They won the World Series at Globe Life Field in Arlington, Texas last fall with limited fans in attendance. They expect to have their own fans back in the stands for the first time since the coronavirus pandemic took hold a year ago. Los Angeles County has eased restrictions on outdoor attendance, which means between 25 and 33 percent capacity — anywhere from 11,000 to 18,000 fans — could be allowed inside the ballpark.

NBC LA takes you inside Dodger Stadium to show you the updated COVID-19 polices and procedures for the 2021 season.

When it comes to individual awards, the Dodgers have a plethora of players that could take home some hardware this winter.

Mookie Betts and Cody Bellinger are currently the second favorites in the National League to win the MVP award (15/2) behind Washington Nationals slugger' Juan Soto (13/2). Corey Seager has the fifth best odds at 10/1 and Max Muncy is also on the board with 40/1 odds.

Not to anyone's surprise, the Dodgers have three starting pitchers with the top ten best odds for the NL Cy Young Award. Last season's winner Trevor Bauer has the second-best odds at 9/1 behind only Jacob DeGrom (3/1) of the New York Mets. Walker Buehler is fifth with 12/1 odds, and three-time Cy Young Award winner Clayton Kershaw has the eighth best odds at 16/1. Young starters Julio Urias, Dustin May, and Tony Gonsolin are not on the board.

Finally, if you're looking ahead to see what the Dodgers record might be at the end of the season, BetOnline.AG has the team's total wins for the season currently at 103.5. That means that the oddsmakers think the Dodgers could finish with the best record in baseball at either 103-59 or 104-58. No other team is predicted to win more than 100 games, after four teams did it, including the Dodgers, in 2019.

Opening Day for the Dodgers 2021 season is scheduled for 1:10 PM PT from Coors Field in Colorado. 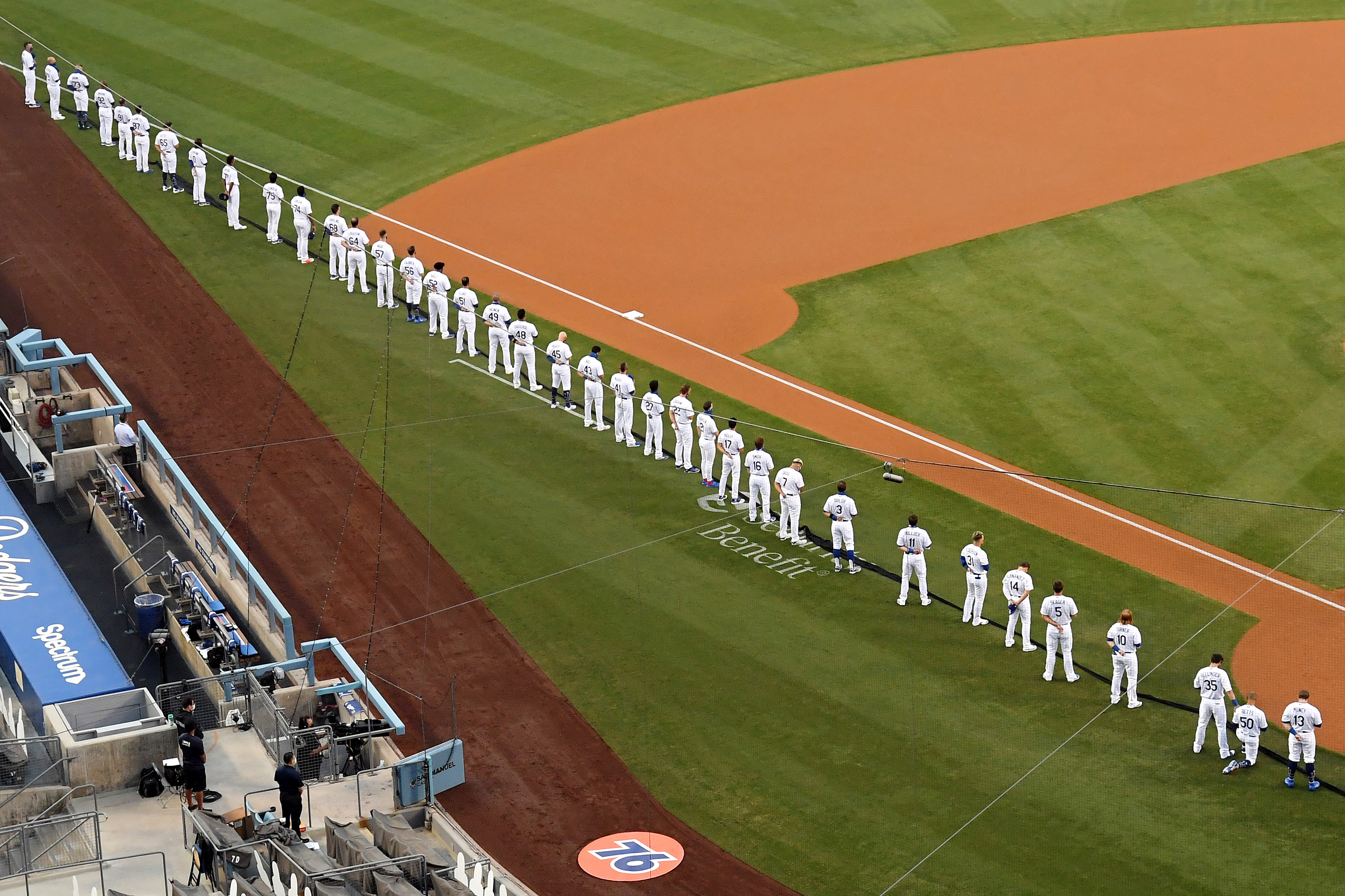 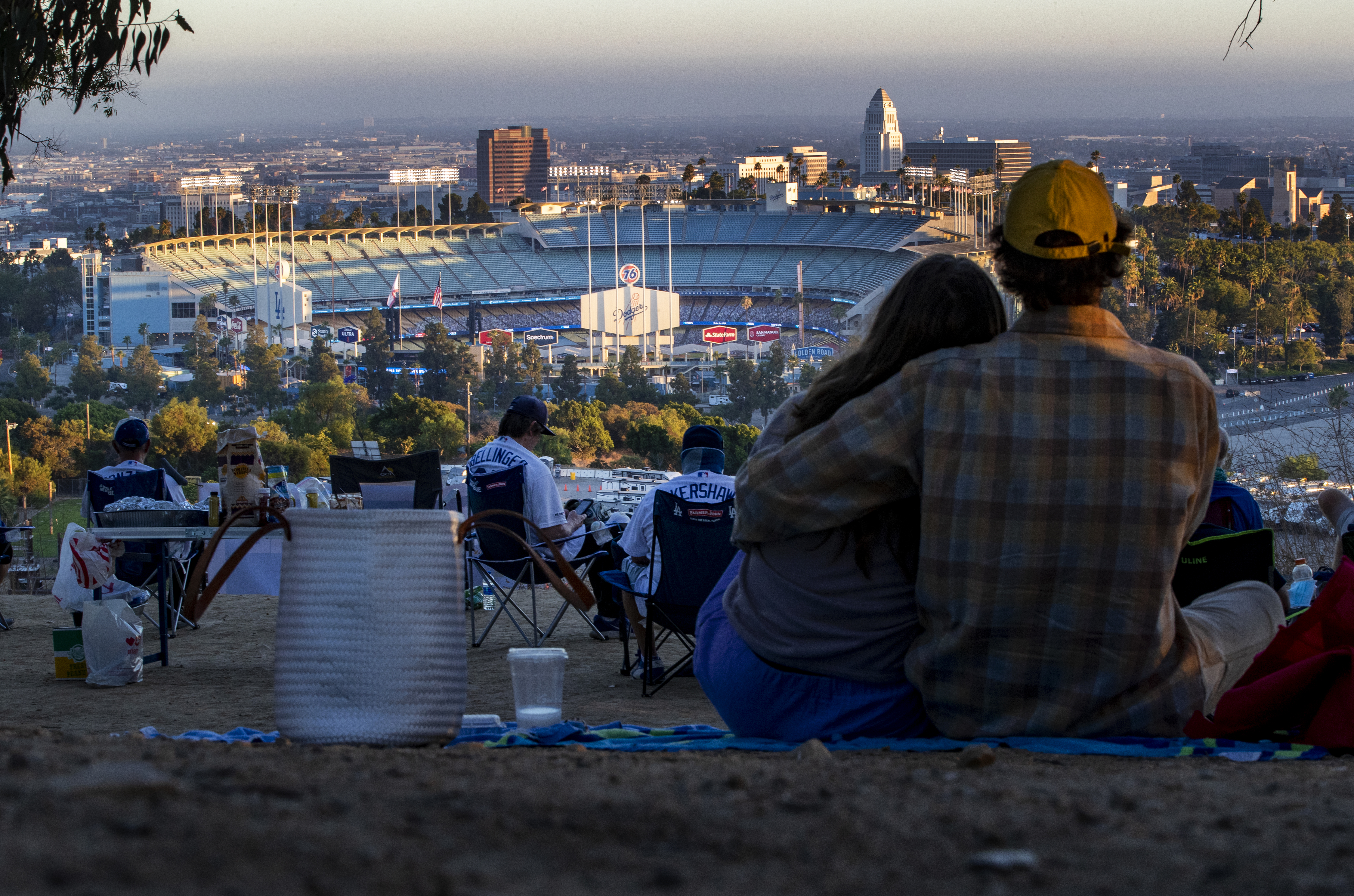