In the Pantheon of sports greatest rivalries, there's the Boston Red Sox and the New York Yankees, the Los Angeles Dodgers and the San Francisco Giants, and then everyone else.

Needless to say, there's no love lost between the Dodgers and Giants, so it should come as no surprise to those reading this that Los Angeles upped their game to an epic level on Thursday night in what could be the final time they see Madison Bumgarner in a Giants uniform.

In the most recent chapters of the contentious rivalry, Bumgarner and three-time Cy Young Award winner, Clayton Kershaw, have been the central characters of the story. 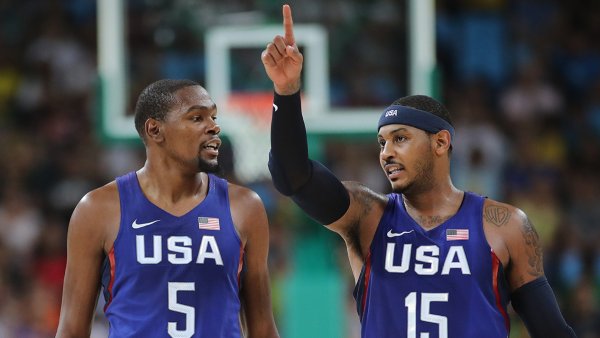 Which Olympic Basketball Team Has the Most Gold Medals? 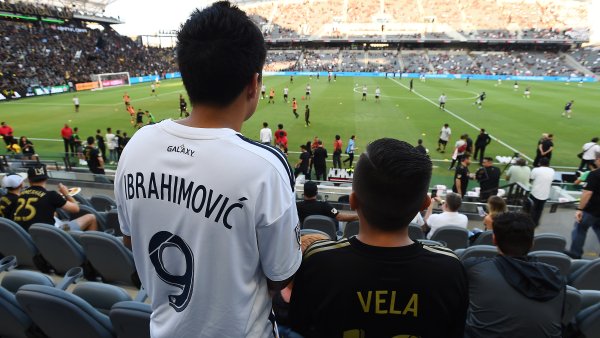 That didn't change a couple weeks ago in San Francisco when on June 9 at AT&T Park, Bumgarner became public enemy number one in Los Angeles when he had beef with Dodgers slugger Max Muncy after he hit a home run into McCovey Cove.

Bumgarner told Muncy to "stop watching the ball and run," Muncy responded with the now famous phrase, "If you don't want me to watch the ball, go get it out of the ocean."

The comeback became a rallying cry for Dodgers fans as they turned it into a t-shirt (one that Muncy has been wearing all week), a meme, and on Thursday—in what could be Bumgarner's final start against the Dodgers if he ends up getting traded—a trolling of epic proportions.

The trolling began before the game when the pitching matchup showed Bumgarner wearing a scuba mask.

Just a few hours before first pitch, Giants' manager Bruce Bochy was asked about the Dodgers wearing the "Go Get it out of the Ocean" t-shirts and what he thought of all the trolling, his response:

"That's the poking the bear. If you poke the bear enough, you can't be upset if he bites back."

Strong words from the manager about his best pitcher, and they would have held up had Bumgarner backed them up, unfortunately for Bochy, he didn't.

Bumgarner began the game by hitting Enrique Hernandez, so the Puerto Rican utility player made him pay by promptly stealing second and third. That set the table for Muncy, and the team's trolling began with the Dodgers in-house video operations crew putting this on the videoboard:

Fans got in on the fun too by unveiling this banner:

Muncy knocked in the first run of the game off Bumgarner with an RBI single to right field and Dodgers' organist Dieter Ruehle immediately played "Under the Sea," from The Little Mermaid.

But Ruehle wasn't done yet. Throughout the game, he continued to troll Bumgarner every time he gave up a hit or came up to bat. He displayed the full arsenal of his wizardry on the keys, instantly playing the theme from SpongeBob SquarePants, "Smoke on the Water," "Ocean," Sitting on the Dock of the Bay," "Mad World," and more. His completely setlist directed at Bumgarner during the game is below:

The trolling began to reach its apex as Bumgarner struggled to get out of the fourth inning. Smelling blood in the water, the Dodgers video operations team played a video of Giants' mascot Lou Seal surrounded by sharks in the ocean.

Kyle Garlick and Austin Barnes followed with a pair of two-run homers, and the trolling culminated with Dodger Stadium DJ, DJ Severe, playing "Cake by the Ocean," after each home run trot.

As Bochy came to get Bumgarner with two outs in the inning, DJ Severe, sent the former World Series MVP off the field with "Waterfalls," by TLC.

Don't go chasing waterfalls
Please stick to the rivers and the lakes that you're used to
I know that you're gonna have it your way or nothing at all
But I think you're moving to fast.

The Giants went on to lose the game, 9-8, and Bumgarner was tagged with the loss, allowing six runs on ten hits in just 3 and 2/3 innings of work. It was the most hits and runs he's allowed in a game against the Dodgers, and the shortest start he's ever had against the Boys in Blue.

If Thursday was Bumgarner's final start against the Dodgers with the Giants, it will be one he won't soon forget, despite the fact he tried to shrug off the trolling after the game.

"What environment are you talking about?" he said when asked what he thought of the trolling going on in the stadium and if it affected him at all. "Come on, no."

NOTE: If you can't see the tweets embedded in the story, scroll down and select "View on NBC Southern California" below.