The Los Angeles Dodgers home opener is Friday, and for the first time in nearly 550 days fans will be allowed inside Dodger Stadium to cheer and celebrate the reigning World Series champions.

Over 15,000 fans are expected to be in attendance for a pregame ring ceremony that has been 33 years in the making. There's a slew of buzz and excitement across the Southland for the Dodgers return, but nobody is more excited than Dodgers' star outfielder Cody Bellinger.

Bellinger thrives on the roar of the crowd. It's what propels him to hit those towering home runs and make those game-saving catches. After dislocating his shoulder in Game 7 of the National League Championship Series, Bellinger underwent arthroscopic labrum surgery in the offseason.

As he recovered inside his new home in Arizona, he had plenty of time to reflect on the surreal 2020 MLB season that was shortened because of the COVID-19 pandemic. Now, he's healthy again and is back to his old batting stance that led to the National League Most Valuable Player Award in 2019.

The 2021 rendition of the Dodgers are locked and loaded and ready to defend their title. However, history is not on their side. No team has repeated as World Series Champions since the New York Yankees did it in 1998-2000, but the Dodgers believe they can erase that drought as well.

Recently, NBC LA sports reporter Michael J. Duarte sat down with Bellinger for an exclusive interview to discuss the upcoming season, his new partnership with Flonase, and all the aforementioned topics.

Here's the full interview in its entirety:

Let's start by discussing your new partnership with Flonase. Why Flonase, and why now?

It's the only thing that's truly worked for me. I've dealt with allergies in the past and nothing has ever stopped it. If it did stop it, it was for a short period of time, but this seems to work all day and all night, so it's been very helpful for me.

I've known you for a long time, and your seasonal allergies is something I just learned you dealt with. For people that don't know, what is it like to have debilitating allergies and how has it impacted you on the field?

Going back to last year: outside of not having fans, the cardboard cutouts, the pumped-in crowd noise, and all the COVID-19 protocols, what was the most difficult thing you had to adjust to?

The shortened season was obviously unique in itself with 60 games. It was everything. Playing in front of no fans was obviously different than what we were used to in the past. But then again, in the minor leagues, you play in front of no fans sometimes and you play in some horrible cities. We were just lucky enough to actually have a season. Especially when in the prime of the pandemic, a lot of people weren't working or anything, so it was cool to go out there and have some entertainment for people.

You mention the people that weren't working during the pandemic. A lot of those people were employees that work at Dodger Stadium. Was there anyone you were used to seeing during non COVID-19 times that you didn't get to see or that you missed seeing?

You must have missed us so much.

Haha. Yeah. There was a lot of open space in the locker room.

One thing that has been highly publicized about you this offseason is your arthroscopic labrum surgery on your right shoulder after celebrating that game-winning home run in Game 7 of the NLCS with Kiké [Hernandez]. I talked to you right after that happened, and you told me that you just popped it back into place, same as you did when you played first base and that happened. But then you went out and homered in Game 1 of the World Series. To fans, it probably seemed like nothing was wrong with you, but is there anything you can tells us that nobody else knows about that injury and playing with it during the World Series?

The day you pop it out and pop it back in, that day it's fine, but it feels a little loose. But the next day or two or three after that it's just super tight and super painful whenever you move it just because your shoulder popped out. But like I said, I've done it before, so I've dealt with the pain before, and obviously it was the World Series, so I wasn't going to not play.

So is it safe to say the foot celebration is here to stay?

I think I'm just going to go with the generic high-five.

Are you guys even still allowed to high-five this season?

I think we are, yeah.

Yes. I wish it was like a can of corn fly ball. Because then I just would have put it in my pocket like Barnsey [Austin Barnes] did. He's a smart man.

I was there live for that moment, and it was incredible. Outside of you celebrating with your fellow outfielders immediately in that moment, who was the first person or the first teammate that you wanted to go hug and celebrate with after you finally got over the mountaintop and achieved your goal of winning the World Series?

Speaking of your fellow outfielders, I think everyone saw that video that the Dodgers tweeted out of you that went viral of you guys making trick catches in the outfield during spring training. You and Mookie [Betts] going toe-to-toe making behind-the-back catches and no-look catches. How fun is it to play with him and watch him? It's almost like you guys take turns robbing home runs and making web gems.

It's really cool. I just like watching him work. He's such a hard worker, and that's obviously why he's one of the best players in the game. He works on all the little things…he's a baseball player, a really talented baseball player, and he plays the game the right way.

Has he changed you as a baseball player at all?

I think just the way he works you can watch. When he was in Boston on the other coast, we didn't truly get to watch him play all that often. The way that he goes about his business, I think you can learn a lot from that.

NBC LA takes you inside Dodger Stadium to show you the updated COVID-19 polices and procedures for the 2021 season.

There's going to be fans in the stands at Dodger Stadium for the first time since Game 5 of the NLDS in 2019 against the Nationals. Ironically, you'll face them again in the home opener when you have your ring ceremony. Have you closed your eyes and allowed yourself to picture what that moment and what the atmosphere is going to be like when you finally get to see them again and celebrate with them?

Obviously, it's going to be a super special time. I'm just glad there's going to be fans and not zero fans. I'm excited for that moment, it's a moment everyone dreams of.

One thing that everyone dreams of when they win the World Series is the parade that should have happened and has not happened yet. You were the one that campaigned for a parade with the Dodgers and Lakers together as Champions. If the city were to do that, which Laker would you want to be on a float with during the parade?

Easy choice, LeBron James. But I think a parade in general would be amazing.

What if you could choose Magic [Johnson]? Magic over LeBron? Or LeBron over Magic?

That's tough. I would be pretty happy with both.

We can readdress this at the end of the season.

Outside of the fans returning, what are you the most excited about for the 2021 season?

I'm just excited to play again and play in front of fans. I'm excited for a normal season, a normal travel season. Obviously, it's going to be a grind, but that's what we sign up for. I'm excited for things to hopefully get back to normal here pretty soon and get ready for Dodgers Opening Day.

Do you have any individual goals you've set for yourself this year?

No, I don't truly like setting goals. I just like to go out and play and try and be the best I can be.

During spring training, after your first game back from the shoulder surgery, I've never seen so many journalists and fans arguing about your batting stance. It's ridiculous to me, but my question to you is that when you approached Rob [Robert Van Scoyoc] and Brownie [Brant Brown] about going back to that stance, what did they say and how did they help you prepare for Opening Day?

They were all aboard. It's truly not anything different. It feels pretty much the exact same as what I've been doing. I've done it in the past and had success with it. At the end of the day, I just feel super comfortable with it and all the hitting coaches are onboard with it. 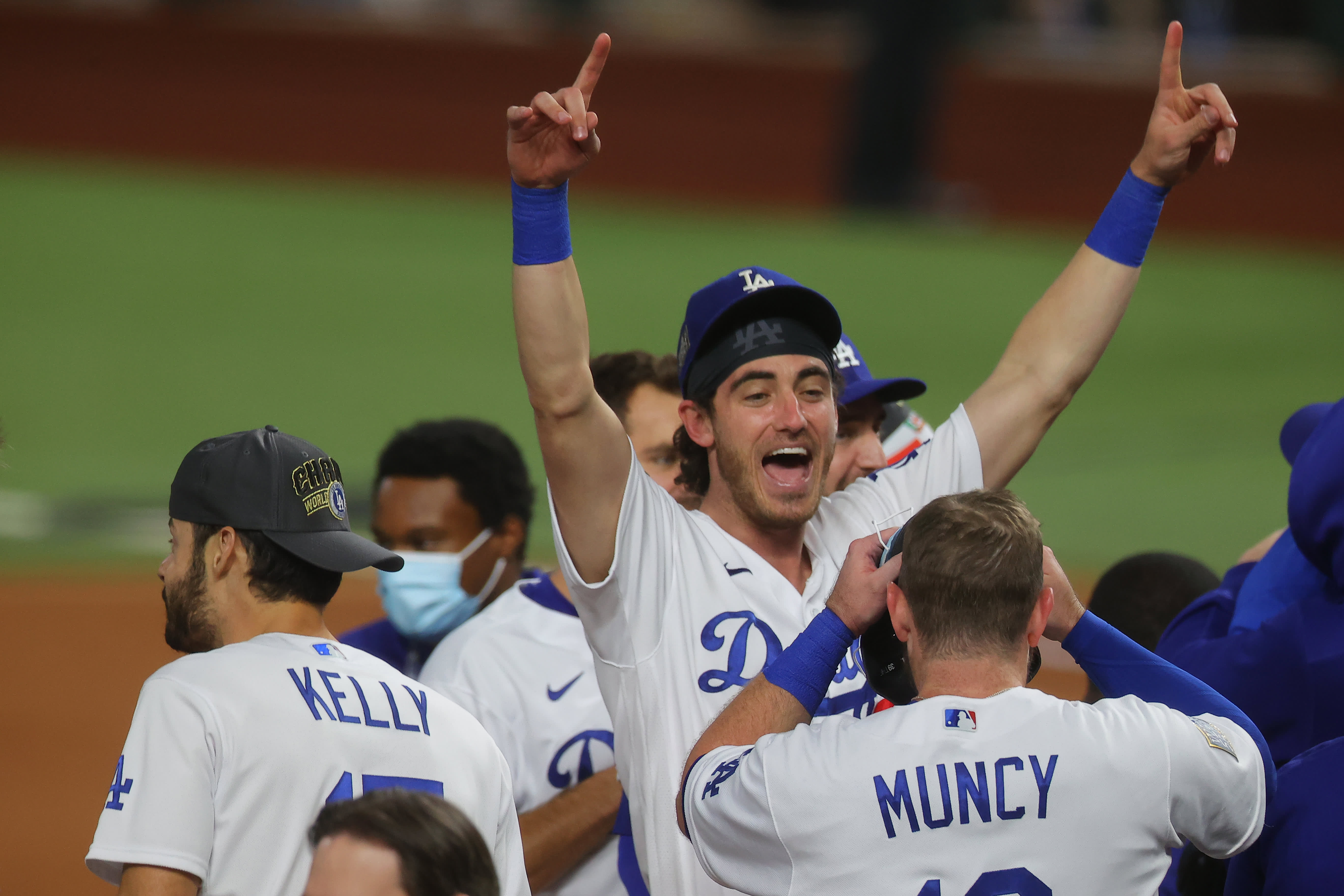 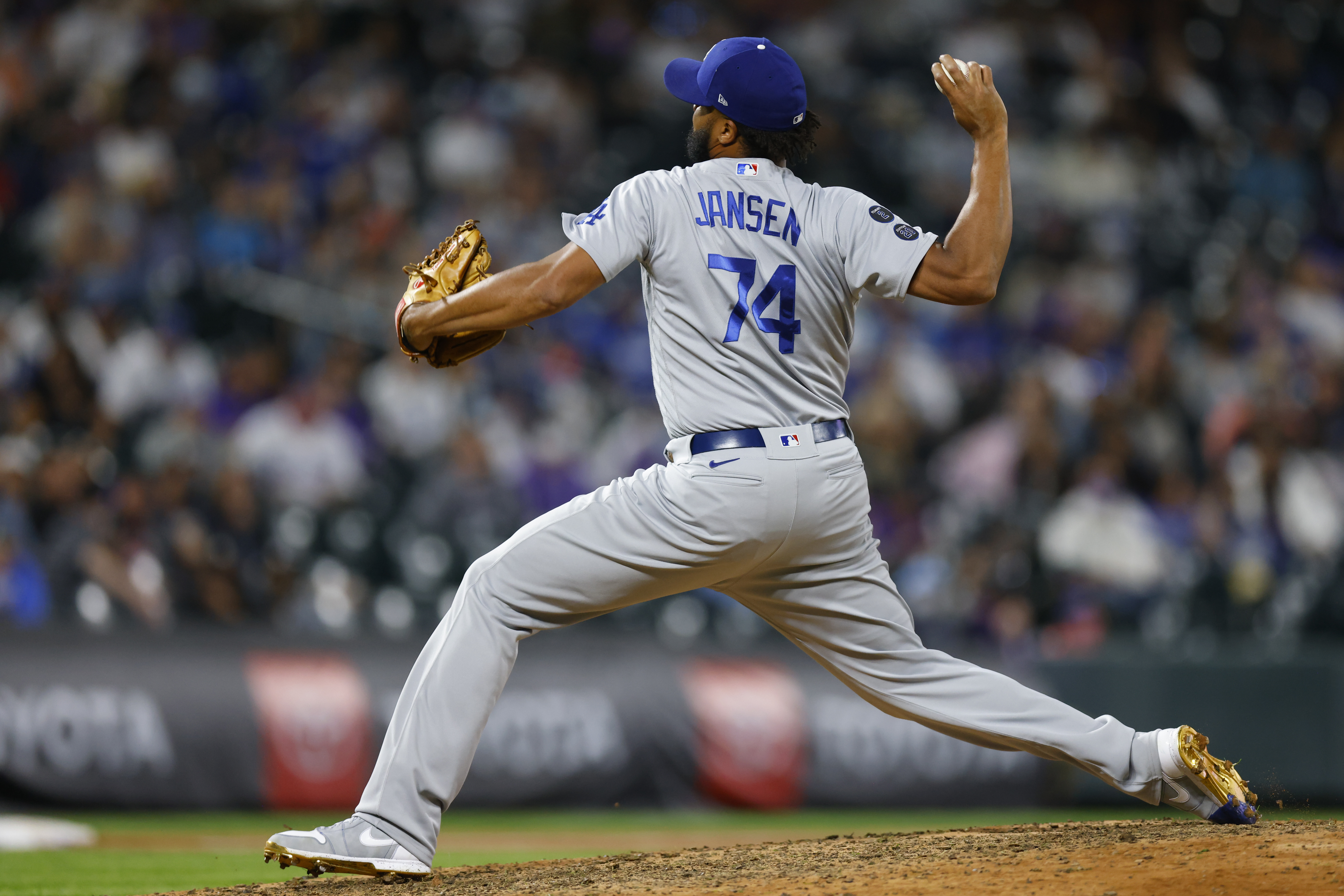 Kenley Jansen Blows First Save of Season, as A's Rally to Beat Dodgers 4-3

When you first got called up back in 2017, you and I sat down for an interview, and now we're almost four years removed from that interview. So I want to go back to some of those answers you gave me.

One thing we discussed was your superstition with your walk-up song. At the time it was Taylor Swift. Do you have a new superstition?

Well, are you going to continue with The Eagles "Hotel California" as your walk-up song?

I honestly don't know what I'm going to do yet. I'm still thinking about. I might start with that if I can't think of anything.

Back then we talked about how much you love playing Call of Duty, but now you're actually in a video game Cody. You're in the new Assasin's Creed video game that came out last year. How cool was that experience and do you play the game to see yourself in it?

I've seen videos of it. The whole production of it was super cool. It was definitely an awesome moment.

You said at the time your favorite food was Chipotle, still sticking with that?

Last one for me: at that time, I asked you who was your favorite teammate and you told me it was Kiké Hernandez. He's gone now, so I'm going to put you on the spot, who is your new favorite teammate?

Haha. I don’t know. We all have a great relationship and have a great time together. I have a lot of homies on the team and I can't pick a specific one.

That's a very political answer, Cody. Thank you for your time.