Exclusive: Corey Seager Talks Life With His New Team, and Why the Dodgers Will Always Be Family

Former Dodger and 2020 World Series MVP, Corey Seager, sits down with NBC LA to talk about his decision to sign with the Rangers on a massive 10-year, $325 million contract and why the Dodgers will always be family.

Corey Seager is off to a scorching start to the season with his new team.

The newest star of the Texas Rangers is batting .294 with a home run, a double, six RBI and five runs scored in just eight games played. He also made history on Friday, becoming the first player since Barry Bonds to be intentionally walked with the bases loaded.

Seager's former team, the Los Angeles Dodgers, also seem to be doing just fine without him. The Boys in Blue are currently tied for first place in the NL West at 7-2 and have run off six straight wins as of the publication of this article.

NBC LA sports reporter Michael J. Duarte recently sat down with Seager to talk about his decision to sign with the Rangers on a massive 10-year, $325 million  contract, his memories of winning the 2020 World Series and MVP in his new home ballpark at Globe Life Field, and why the Dodgers will always be family.

Here's the full interview in its entirety:

First off, it's so good to see you again, how you feeling? How have you been adjusting and acclimating to your new team?

How awkward or just different is it going to be to adjusting to new teammates, new city, new stadium, all of those things that come with a fresh start?

We've got an opportunity here to build something and be a part of something and it's nice to kind of get in on the ground floor and kind of put your mark into it and see where this place can go.

When you left Los Angeles, your former teammates I spoke to told me, 'We're going to miss him. We love him. But he's still you know, one of us we're still going to reach out to him. We're still friends.' I saw you hanging out with some of them during the offseason. I know you recently took some of your old clubhouse guys out to dinner during spring training. Is it safe to say that the Dodgers family you built together over your seven years there never dies or never goes away?

Yeah, you know, we did some really cool stuff over there. You know, we had a lot of great moments. And with that organization, and that team and that family, it was a family like you said. We were a really close, tight knit group over there. That kind of contributes to your success. When you know people that well on and off the field, it shows up in gameplay. So it's guys that I'll be friends with forever and always check in on and always support them in whatever they do.

Speaking of that Dodgers family, you faced them recently for the first time at the end of spring training. It's obviously not a regular season game, and you won't play them this year, but what was it like seeing them, and playing against them from the other side?

(Seager homered against his former team in that game).

Now the guys told me including Ross [Stripling], that when you go to a new club, it's a little strange at first. Just because this was the team that drafted you, that you went through the whole grind of the minor leagues going up from A ball all the way to AAA, to the majors, and you had success with them and won a World Series. So when was the moment that it hit you that you were really leaving this team that you've been with your whole career?

Yeah, you know, it was a long time [with the Dodgers]. You knew every aspect of the organization, because you went through it, you know, you experienced it, you knew everybody. And then just coming into a new place, you know, you got to relearn that stuff, you know, it's little things about where things are and, and who to work with this and that it's just, it's a learning curve. And you know, that's kind of what's nice about spring is you can kind of come in here and check some of those boxes off and kind of just be prepared before the regular season starts.

Yeah, absolutely. You know, we have some similar faces with Tim Meyers, or we had him in LA, you know, a couple players too. So it's definitely helpful when you have familiar faces.

Um, no, you know, it was the attitude, the mindset, and how they [the Rangers organization] saw the game, it was the future that they see, it was all that stuff. It wasn't based on any past personal success, and I'm all for it. You know, we got to experience the home side. So you're already kind of familiar where everything is there, so I guess I had a head start on some other people that had had just came into the organization. So from that side? Yeah, for sure.

I saw in your opening introductory press conference with the Rangers, that you were recruiting Kershaw to come to the team. He ultimately goes back to the Dodgers on a one-year deal, saying he felt LA was the best place to try and win a World Series again. Where do you think the Rangers are as far as how close are they to winning a World Series? I know you said you're building something. Do you think they can win it this year, and if not, what's your guess on when, and your current expectations for this team this season?

Um, yeah, you know, I was happy for Kersh. You know, he's a, he's a very important piece of baseball, and I'm just happy that he's back and healthy and having fun. You know, he's a big part of that organization, too. So, his decision was his decision. You can only be happy for a friend, you know, but from our side, you know, you got to just change the culture and expect to win and have that mindset that you're going to go out and win every night. That's the only way that you can go out and compete and expect to be something different.

Thank you, Corey. Good luck on your season. 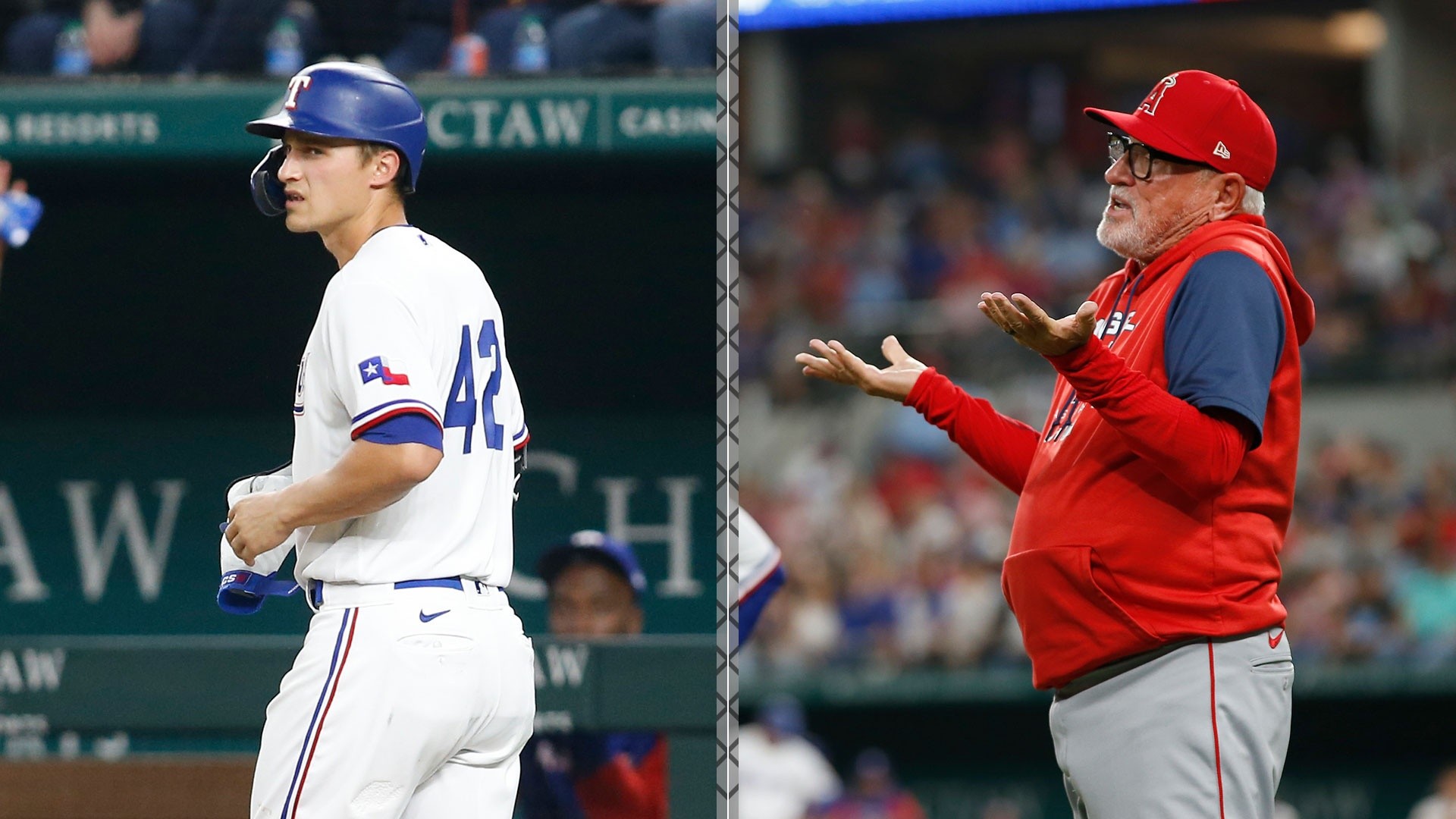 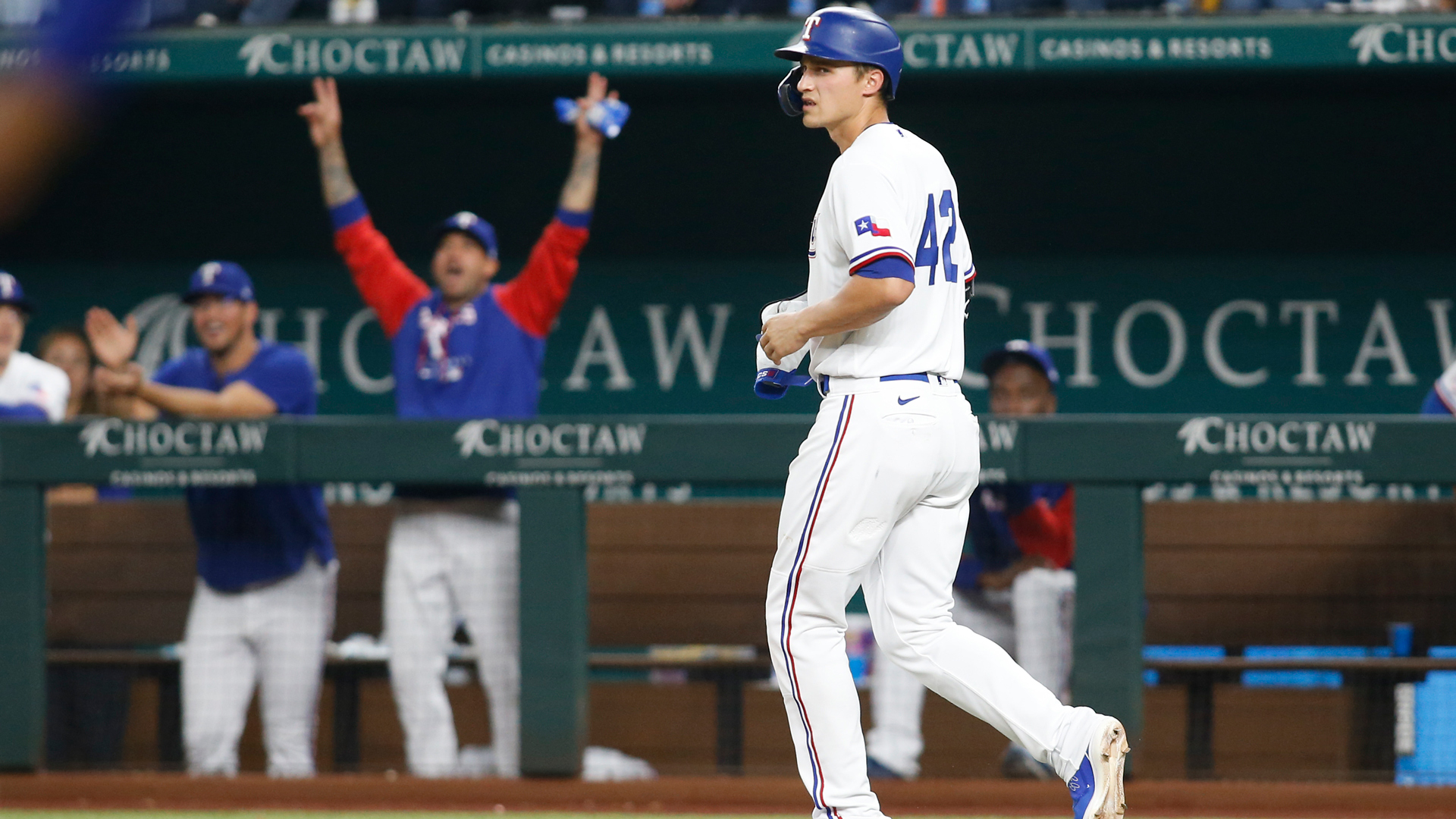