After the Pandemic Snapped a 45-Year Run, the Grand Prix of Long Beach Returns With an IndyCar Roar

The annual event was one of the longest continuously run street events in auto racing dating to its 1975 opening. The coronavirus pandemic put the brakes on things in 2020.

One of the crown jewels of both motorsports and the North American street festival scene opened Thursday for the first time in 17 months after the pandemic snapped a 45-year run for the Grand Prix of Long Beach.

The annual event was one of the longest continuously run street events in auto racing dating to its 1975 opening as a temporary street course through the picturesque Long Beach downtown. The prestige grew during an eight-year run hosting Formula One, and the globetrotting series found it to be a favorable stop because of pleasant weather, proximity to Los Angeles and the demands of the worn-and-torn 1.968-mile stretch of city roads that run clockwise through 11 turns. 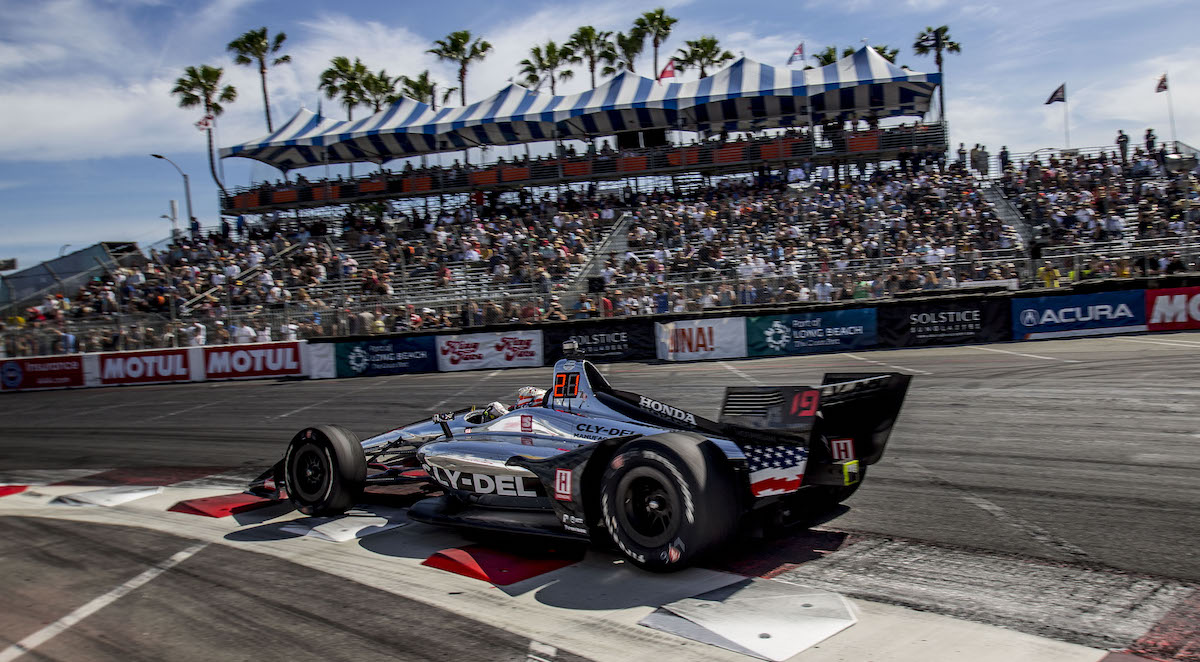 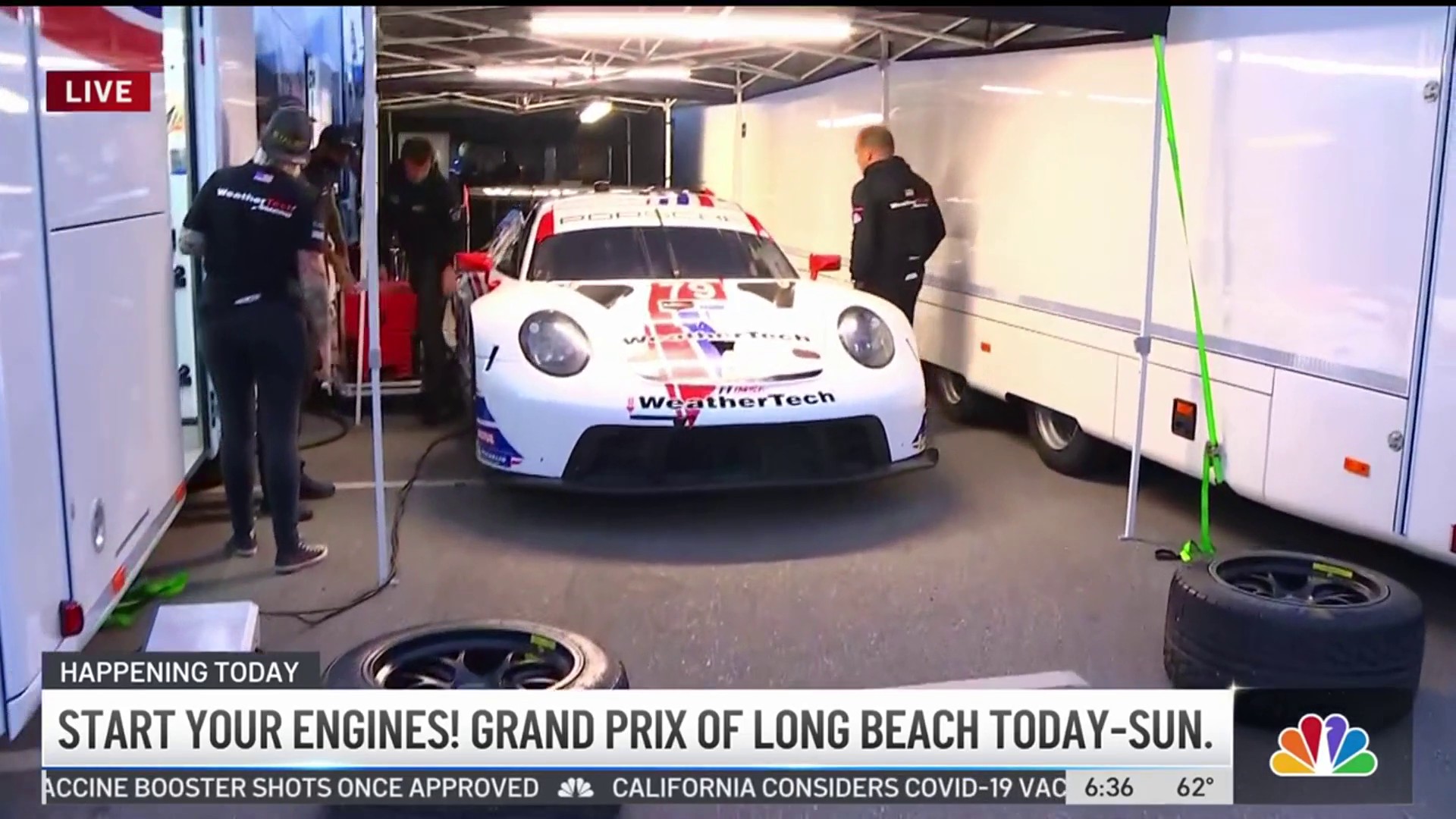 Race Teams Prepare for the Grand Prix of Long Beach

For four days a year, Long Beach is the intersection of fast cars and fancy stars, where motorsports and celebrity collide. And as the racing roars on around the parties, vendors in the Expo Center hawk everything from flavored popcorn to handmade jewelry or racing memorabilia. House of Pistachios on Thursday was already set up in the same spot the family-run business has been selling nuts since 1984.

Jim Michaelian, part of the the Grand Prix group since 1975 and now its president and chief executive, said exhibits in the Expo Center will be down this year as many companies have yet to resume marketing programs halted by the pandemic. But the vendors have mostly returned and music concerts, a lifestyle expo, kids’ zone, and food and drink spots will all be in place.

Maks are required even outdoors, and entrants must show proof of vaccination or a negative test for COVID-19 taken no earlier than 72 hours before Friday's opening day.

“We're expecting very strong attendance and we want to create the same sense of excitement and energy this event typically carries,” Michaelian said Thursday. “We're doing that it in a very safe and secure manner. That's important because when this race concludes (Sunday) this will have been the safest mega-event in California open to anyone to attend.”

The 2019 race drew 187,000 spectators over three days, a 1% increase from the year before when the Grand Prix boasted its highest attendance total since 2000. Those who meander down to the water this weekend can feast at food trucks with an up-close seat to IndyCar's changing of the guard.

Alex Palou will win his first IndyCar championship on Sunday barring a total collapse in which a finish of 11th or better clinches the title. The 24-year-old is in just his second season in IndyCar, but a move this year to Chip Ganassi Racing has pushed a previously unknown driver to within one race of becoming the first Spanish champion of America's open-wheel series.

Palou will be up against Pato O'Ward, the 22-year-old star for Arrow McLaren SP trying to become IndyCar's first Mexican champion. O'Ward has had a strong season with the first two victories of his career and a bravado that has drawn parallels to the Juan Pablo Montoya.

No matter who wins between them — two-time champion Josef Newgarden, an American, is mathematically eligible but a longshot — IndyCar will have its first champion from a Spanish-speaking country since Montoya in 1999. The winner will also be the first champion under 25 since Scott Dixon, who has collected six crowns since that 2003 first title at 23.

O'Ward has said the championship is Palou's to lose, but didn't conceded after falling 35 points behind the leader last weekend at Laguna Seca. O'Ward raced at Long Beach in 2019 (12th-place finish) but Palou saw the circuit for the first time in his life on Thursday.

“I’m going for the win in Long Beach, whatever it takes,” O'Ward said. “We still have a shot. I know things can go south real quick in racing. All I can do is just send it, take the fight to the guys.”

Palou has taken a laid-back approach in part because he's teammates with Dixon and seven-time NASCAR champion Jimmie Johnson. Three-time Indianapolis 500 winner Dario Franchitti is Ganassi's driving coach, so Palou has a priceless vault of tips and tricks to access.

Johnson even counseled Palou last month on the mental aspects of racing for championships. On Thursday, Palou participated in his first career helmet swap as a professional. A helmet swap is a sign of respect between drivers, who trade helmets that are more like pieces of art and carry significant personal meaning.

Palou, who has never won a championship at a major level and last won a title five or more years ago while karting in Spain, swapped with Johnson. It was one small celebration in what Palou has called “probably the most important week of my entire life.”

He vowed to “enjoy every single moment of” Long Beach but wasn't getting ahead of his title goal.

“It’s like putting salt on food, you need to have a balance,” he said.

It is expected to be as close to a typical Long Beach event as possible — with the added excitement of a championship race. Willy T. Ribbs, inducted Thursday into the Walk of Fame alongside current IndyCar pace car driver Oriol Servia — the last Spanish driver to win a race prior to Palou this season — believed the potential is there for a vintage Long Beach weekend.

Ribbs pointed at a glass-walled high-rise and said he watched the inaugural 1975 Grand Prix from inside the building. Three years later, he made his United States racing debut on the circuit, and Long Beach in 1990 was where Ribbs made his IndyCar debut.

“I've watching this place grow, I see what it means to the city and to the racing community,” Ribbs said. “If there's any two (races) in this country that auto racing built (the cities), it would be the Indianapolis 500 and the Long Beach grand prix.”