Jared Goff passed for 302 yards, Darious Williams made two interceptions and the Los Angeles Rams took a share of the NFC West lead with a 23-16 victory over the Seattle Seahawks.

Jared Goff passed for 302 yards, Darious Williams made two interceptions and the Los Angeles Rams took a share of the NFC West lead with a 23-16 victory over the Seattle Seahawks on Sunday.

Malcolm Brown rushed for two touchdowns and Darrell Henderson had another score as the Rams (6-3) returned from their bye week and held Seattle to three points after halftime to win for the fifth time in the rivals' past six meetings.

"He's been doing that for a long time," said Goff of Brown's performance. "Ever since he was working with Todd [Gurley], I would never have any fall off when he came in the game. He's a really solid back, and we're lucky to have him."

Russell Wilson passed for 248 yards and rushed for 60 more for the Seahawks (6-3), who have lost three of four after a 5-0 start. Wilson threw two interceptions and lost a fumble, giving him 10 combined turnovers in Seattle’s three losses.

"This is a great offense, but our defense has been stout all year," said Rams' head coach Sean McVay. "These guys have done a great job of answering the bell week in and week out. I'm just so impressed and so pleased with them. Now we have to keep it going."

Los Angeles’ solid performance was dampened by the loss of stalwart left tackle Andrew Whitworth to a knee injury late in the first half. Whitworth, a 15-year NFL veteran, was taken off the field on a cart.

"Any time you see a player go down it's awful," said McVay. "Andrew has been so important to us. He's a foundational piece in what we've done. It gives me that pit in my stomach, and I just hope he's going to be okay." 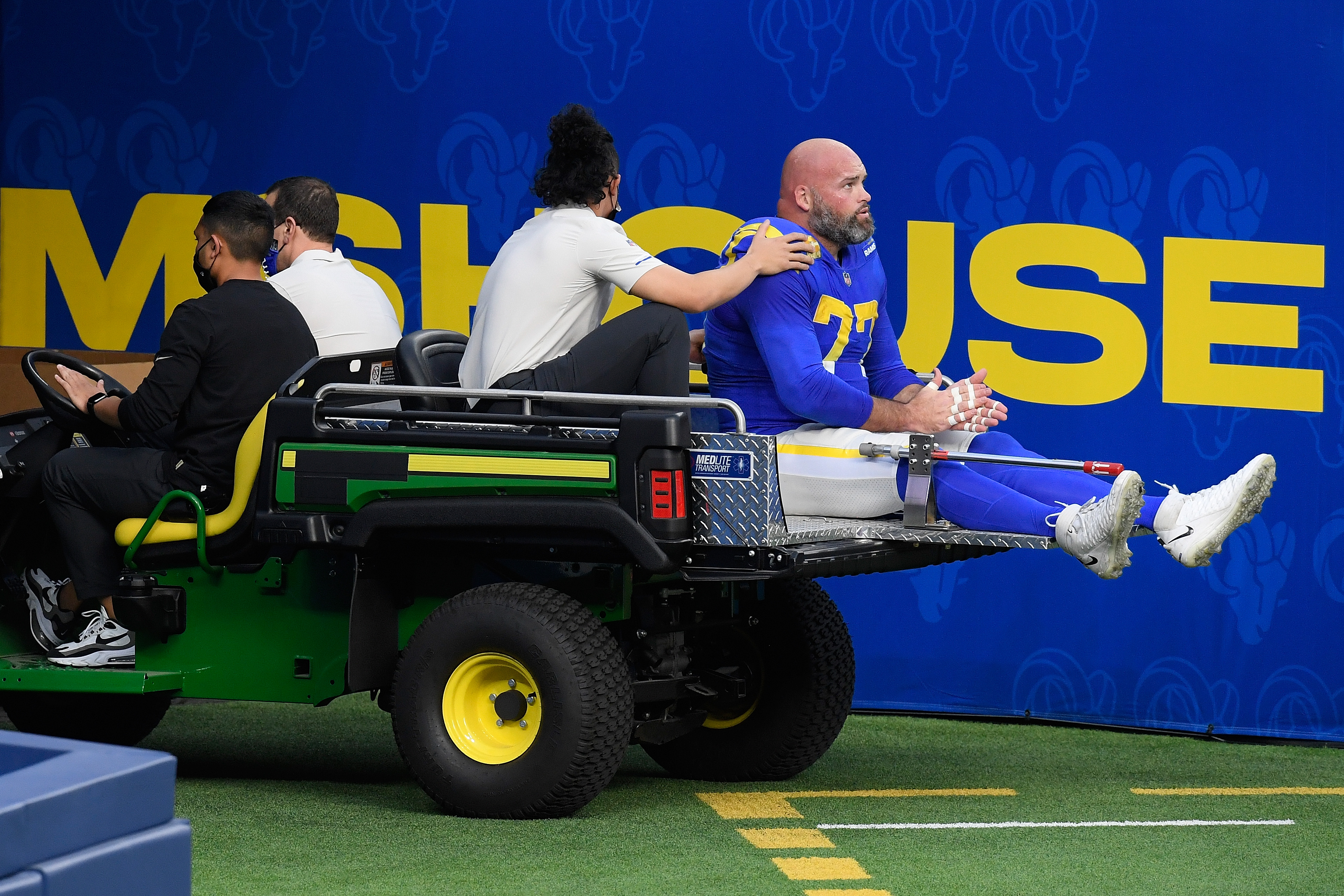 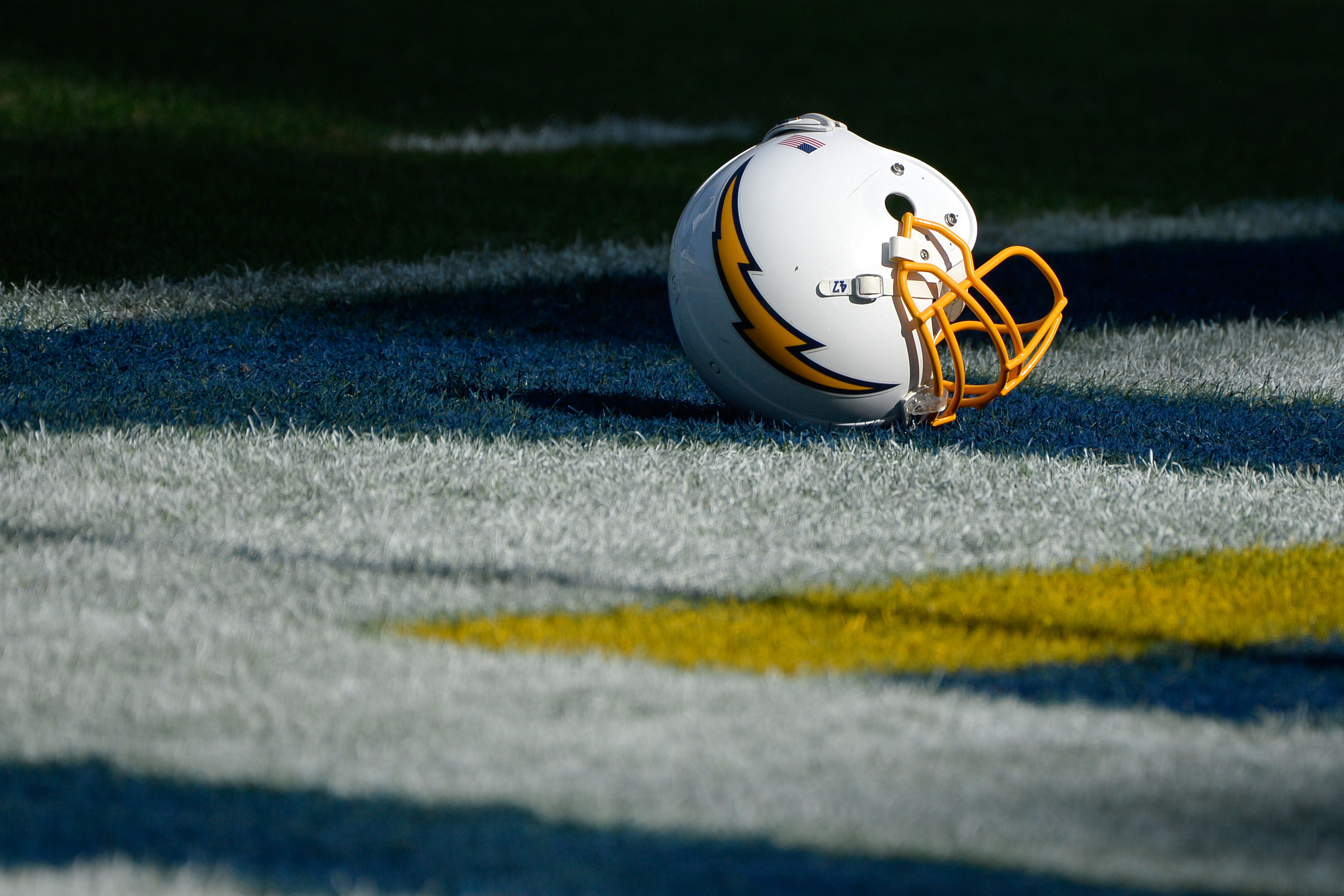 Williams, the Rams' rising star at cornerback opposite Jalen Ramsey, made an end zone interception in the first half and a spectacular third-down pick near midfield with 7:48 to play. Leonard Floyd sacked Wilson three times and also recovered Wilson's fumble on a snap early in the fourth quarter in Rams territory.

"Me and D-Will made some plays to help us win and it was big for us," said Floyd after the victory."

Williams intercepted Wilson in the first quarter and returned it for a touchdown, but the pick was nullified after an offsides penalty on the Rams.

"D-Will balled out today," said Ramsey of his teammate. "It's time people recognize him as a force in this league. He should have had three interceptions today."

Not even Wilson could crack the Rams' defense, which has allowed just two touchdowns — none since Week 3 — and 29 total points in the second half all season long. Seattle's injury-depleted offense managed just 119 yards after halftime, 74 on its last-gasp drive.

While Williams made the flashiest plays, Ramsey led the Rams' effort to hold star receiver DK Metcalf to two catches for 28 yards. With Ramsey matching up against him on most snaps, Wilson didn’t even throw a pass Metcalf’s way until the final minute of the third quarter.

Alex Collins rushed for his first touchdown since 2018 for the Seahawks, who entered the game without both of their starting cornerbacks, their top two running backs and starting center Ethan Pocic because of injuries.

Rebounding from a four-turnover performance in Miami before the Rams' bye week, Goff capitalized on the chance to play against the NFL's worst pass defense in the first NFC West game at SoFi Stadium, where the Rams improved to 4-0. Goff went 27 for 37 and threw frequently to Josh Reynolds, who had career highs of eight catches for 94 yards.

Although Collins rushed for a TD on the Seahawks' opening drive, Goff led the Rams to scores on four of their first six drives, including TD marches of 77, 93 and 88 yards.

Seattle's defense finally made a play late in the first half when Jamal Adams strip-sacked Goff in Rams territory, but Williams then made an end zone interception after Wilson curiously decided to make a high-risk throw instead of running into acres of open grass.

After Whitworth left the field on a cart 1:25 before halftime, Wilson drove the Seahawks into position for a 61-yard field goal by Jason Myers at the halftime gun.

Brown's second TD run put the Rams up 23-13 midway through the third quarter.

Myers made his third field goal with 25 seconds to play, but Robert Woods easily recovered the onside kick.

Seahawks: Adams went to the locker room after the opening drive with a shoulder injury, but returned shortly afterward. ... RB Travis Homer injured his hand.

Rams: Whitworth had played every snap this season and 99% of last season's snaps for the Rams. The 38-year-old former Bengals Pro Bowler hasn't missed a game due to injury since 2013. ... S Taylor Rapp injured his knee in the first half and didn't return, giving more playing time to rookie Jordan Fuller and backup Nick Scott. ... K Kai Forbath injured his ankle in the third quarter, during which he missed an extra point.

Seahawks: A quick turnaround to face the Arizona Cardinals at home on Thursday night.

Rams: Their fifth trip to the East Coast this season to face the Tampa Bay Buccaneers on Monday, Nov. 23.