Kawhi Leonard scored 29 points and the Los Angeles Clippers rolled past the Denver Nuggets 120-97 in Game 1 of the Western Conference semifinals.

Kawhi Leonard scored 29 points and the Los Angeles Clippers rolled past the Denver Nuggets 120-97 on Thursday night in Game 1 of the Western Conference semifinals.

Los Angeles shot 57% from the field in an effort that convinced coach Doc Rivers that his team has adjusted and is in the proper frame of mind. 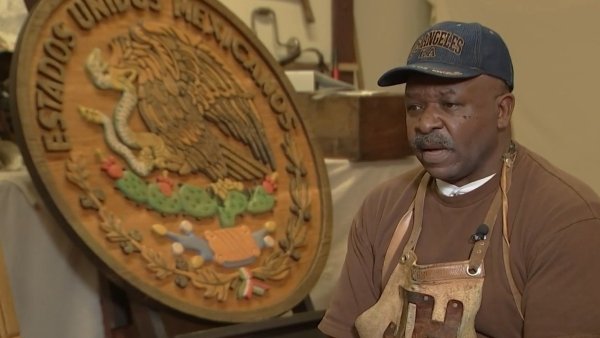 “If you don’t execute, it’s going to hurt you, and part of that is intensity and focus, and you have to have that on every single play," Rivers said. “I don’t think we understood that early on. I think we do now."

Nikola Jokic scored 15 points for the Nuggets, who shot just 42%.

Denver’s starters combined to score just 57 points on 20-for-48 shooting.

“They were aggressive,” Jokic said. “Our spacing was not good. We rushed shots. You can say whatever. It was a bad, bad night for us. ... We can be better.”

Denver was coming off a seven-game series with Utah that just ended Tuesday.

“I think that definitely played a part," Denver coach Michael Malone said. “Their last game was Sunday. We had our last game on Tuesday night and didn’t get back to the hotel until after midnight. ... We were tired. Tomorrow we will get them as much as rest as we can and have a more energetic performance Saturday night.”

Jamal Murray, who averaged 31.6 points in the first round and scored at least 50 points twice in that series, finished with just 12 points on 5-for-15 shooting.

“They are going to put everybody on Jamal, and we have to do a better job of freeing him up," Malone said. “But also the ball is going to find the open man, and when the ball sticks and Jamal and everyone else is trying to play one-on-one and you are playing a good team, that is going to make it really hard.”

The Clippers continued to dominate in the third quarter, holding the Nuggets to 16 points in the period and taking a 91-67 lead into the fourth. Los Angeles' biggest lead in the quarter was 29 points.

Nuggets: G Gary Harris returned to the starting lineup. He played limited minutes the past two games after having been out since March with a strained right hip. He finished with five points. ... F Jerami Grant scored 11 points on 4-for-4 shooting in the first quarter but scored one point the rest of the game.

Clippers: G Patrick Beverley, who had missed the previous five games with a left calf strain, started. He scored eight points. ... Leonard has 15 consecutive playoff games with at least 20 points.

The Clippers have struggled with injuries all season, but they had their whole roster available on Thursday. They have used 33 different starting lineups this season.

“It’s great to have everybody together,” George said. “We’ve been saying it all year. It’s good for us to continue to build this chemistry. I thought we looked great tonight. I thought we did everything. Everybody helped. We had great energy. We were vocal and, you know, we just wanted it.”

Rivers on Beverley's importance: “He’s a defensive captain with his voice. He calls out coverages. He holds everybody responsible. And to have that voice to start games is just invaluable. Then what it does, it just leaks over to the rest of the team. So when you see him playing like that, and talking like that on defense, it helps the entire team.”