Lakers and Clippers End Season with No Playoffs

The LA Lakers and LA Clippers ended their seasons on Wednesday night, and LA will miss out on the NBA Playoffs for the first time since 2005

The last time the Los Angeles Lakers and LA Clippers both missed the playoffs, Chucky Atkins and Chris Mihm started for the purple and gold, while the Clippers would not acquire Chris Paul for another six years.

For the first time since 2005, the Lakers and Clippers both ended their seasons in April when LA's two teams met at Staples Center on Wednesday night in a finale that lacked star power as much as it did meaning.

The Lakers beat the Clippers by a sizable margin, 115-100, but this wasn't a typical Lakers versus Clippers rivalry game on the court or in the crowd. 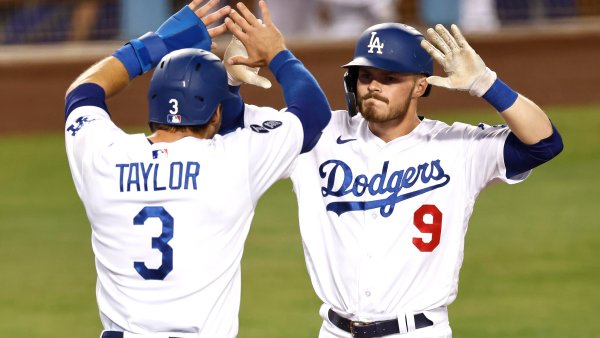 Paul and Blake Griffin both left the Clippers over the previous 12 months, while the Lakers did not have young stars Kyle Kuzma, Lonzo Ball and Brandon Ingram available for the season finale due to injuries.

Led by rookie Josh Hart on the night, the Lakers collected their 35th win on the season, which meant that the designated visiting team for the day had improved by a total of nine wins on the previous year and 18 wins over the previous two years. Conversely, the Clippers failed to win 50 games in a season for the first time since the lockout shortened season of 2011-12.

When searching for anything to take out of Wednesday's finale, Hart's impressive performance and Gary Payton II's hot shooting highlighted the Lakers' comfortable victory. Hart finished with 30 points, five rebounds and five assists on the night, while Payton added 25 points and rebounds.

Meanwhile, Tobias Harris led the Clippers with 23 points, five rebounds and three assists in 27 minutes on the court. Boban Marjanovic made his impact felt late in the game to keep the Clippers from getting embarrassed, as the center tabbed 12 points and 10 rebounds in 13 minutes.

After 82 games, the Lakers and Clippers finally called time on the 2017-18 season and combined to miss the post season for the first time since 2005. Prior to that, LA had last failed to experience the playoffs in 1994.