How Do Hibbert, Bass and Williams Fit With Lakers?

Late Wednesday morning, the Los Angeles Lakers introduced three major additions to their roster: Roy Hibbert, Lou Williams and Brandon Bass. Unlike the majority of the current roster, all three of these additions bring experience and expect to see regular minutes in the rotation for the upcoming season.

All three players repeated the same phrase when describing what brought them to LA: "A fresh start." An added motivation for all three players was LA's ability to guarantee playing time, which is largely due to the Lakers' inability to play competitive basketball for the past couple seasons.

Of the trio, only Hibbert has his name in the starting-five written in pen. As a 7-foot 2-inch monster, Hibbert joins the Lakers and immediately becomes their starting center and best overall defender. The big man also shared that he had previously worked with Laker great Kareem Abdul-Jabbar on the court and off it. If the 28-year-old Hibbert can further develop his offensive game, the Lakers would be ecstatic, but the main purpose of bringing the New York native to LA was defense. 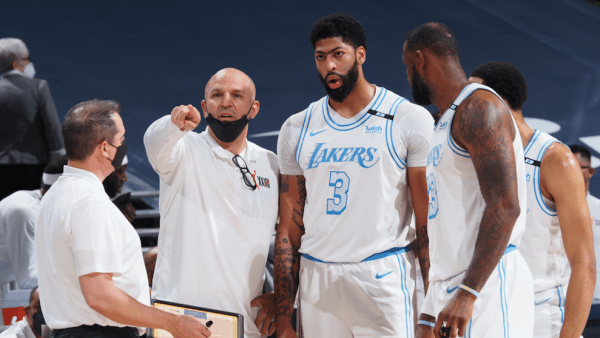 Actually, the Lakers ranked 29th in defensive rating a season ago, so Hibbert's addition is all the more worthwhile.

After the introduction press conference, Lakers general manager Mitch Kupchak shared thoughts with a group of reporters and confirmed that undrafted rookie center Robert Upshaw would likely only make the roster as a player to develop for the future--if he even makes the roster. Barring any major moves, Tarik Black and Robert Sacre enter the season fighting for the backup center position, but Hibbert fills a massive need for the defensively inept Lakers of a season ago.

Williams may not be a starter when the season gets going, but that is only because the scoring guard won the NBA's Sixth Man of the Year Award a season ago. The Toronto Raptors opted not to pursue the explosive scorer in the summer, but Williams opted not to air out his dirty laundry and took the high road when talking about his former team--similar to Hibbert when he was asked about the Indiana Pacers. Starting or not, Williams' regular place in the rotation is not in question.

Williams' addition, though, does bring into question how Nick Young now fits into the team. Lakers coach Byron Scott will likely sort out Young and Williams' roles during training camp in October, but Williams was questioned on who would shoot if Young and Williams both took the court at the same time: "Whoever has the ball."

When asked about depth at guard, Kupchak admitted that having only Jabari Brown--if he makes the roster--Jordan Clarkson, D'Angelo Russell and Williams left the Lakers a bit thin in the back court. Kupchak revealed that the discussion of adding a guard was ongoing internally, but the Lakers' GM coyly avoided committing either way.

"We may look to bring another guard onboard; we may not," Kupchak said in his typically calculated fashion.

At power forward, the Lakers introduced a 10-season veteran in Bass. However, Scott recently expressed his "hope" that the Lakers' top pick in the 2014 NBA Draft, Julius Randle, would rise up and take the starting spot. Regardless of which one starts, Randle and Bass expect to split the bulk of the minutes at the power forward position, leaving Ryan Kelly as a third unique stretch-four option at the position. Kelly can stretch the floor and shoot three-pointers better than any other big man on the Lakers' roster. Larry Nance Jr. provides the Lakers a fourth option at power forward, but the rookie does not expect to see regular minutes in the Lakers' rotation to start the season.

On Wednesday, the Lakers introduced three new additions that all expect to play vital roles in the upcoming season and could even be starters. The cumulative successes of Hibbert, Bass and Williams will have a major impact on the Lakers' struggle to return to relevance.