On December 18, 2017, Kobe Bryant stood on the floor at Staples Center and watched as both his No. 8 and No. 24 jerseys went into the rafters alongside the pantheon of other Lakers' legends.

As he was handed the microphone to speak, a humble Bryant began by not thanking the Lakers, or those that helped him during his illustrious 20-year NBA career, but rather, he thanked those same Lakers' legends that came before him.

One of those players that came before him, that also has their jersey hanging in the rafters at Staples Center, is Los Angeles Lakers' legend Elgin Baylor.

Baylor was the number one overall draft pick in the 1958 NBA Draft, and played all 14 seasons in the NBA with the Lakers. He was the 1959 NBA Rookie of the Year, and an 11-time NBA All-Star. He was elected into the Naismith Memorial Basketball Hall of Fame in 1977.

Baylor was with his wife, Elaine, on Sunday, January 26, 2020, when the news broke that Bryant, his daughter Gianna, and seven other passengers were killed in a horrific helicopter crash in Calabasas, CA. His reaction embodied what we all felt in that moment. 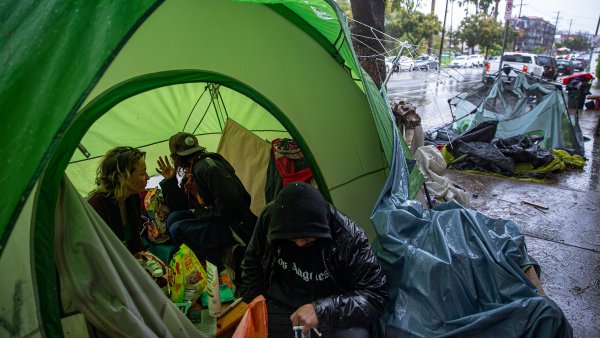 "At first I didn't want to believe it," admitted Baylor. "It was a shock. I felt like I was stabbed in the heart. He was so young. He was a family man. He was doing great things in the community. I just couldn't believe it."

Baylor sat down with NBC LA for an interview in the days following Bryant's death, and reflected upon the life and legacy of the NBA superstar. Like most, Baylor has many Kobe Bryant stories, but what some might not know, is that Baylor was one of a handful of players that Bryant idolized as a child.

Bryant has openly admitted that while growing up in Italy, he obsessively watched VHS tapes of NBA legends, stopping, rewinding, and playing highlights over and over again, as he tried to memorize their moves. One of those players was Elgin Baylor, who Kobe admitted he studied religiously in order to learn his extraordinary footwork on the basketball court.

Baylor reminisced about all those conversations he had with a young Bryant, and his insatiable quest for knowledge, especially from the game's greats.

"He always wanted to try and get information [from me]," said Baylor. "He would ask me about certain things, and I really liked him because he was really competitive and it was great to watch him play.

"At times he'd ask about my footwork, or my moves, stuff like that. He said he watched some of my films, and tried to emulate or copy some of the things he saw. Every time he told me that, it was always a pleasure to hear, because at least someone thought I was doing something good."

In 2004, when Bryant was a free agent and reportedly ready to leave the Lakers because of a rift with teammate Shaquille O'Neal, Baylor, who was then the vice president of basketball operations with the Los Angeles Clippers, heavily recruited Bryant.

According to longtime Clippers' play-by-play announcer Ralph Lawler, Baylor nearly pulled off the steal of the century when Bryant left a meeting with the Clippers verbally committing to sign with the team. Unfortunately for Baylor, Bryant never signed with the Clippers. O'Neal was traded to the Miami Heat on July 14, and Bryant re-signed with the Lakers the next day. Despite all that, Baylor and Bryant shared an unwavering mutual respect for each other and remained friends throughout his life.

When Bryant played his final NBA game in April of 2016, Baylor was there. When the Lakers erected a statue for Baylor in April of 2018, Bryant delivered a video message to Baylor, admitting that he stole all his moves. When both of Kobe's jerseys were retired a year later, Baylor was at Staples Center applauding for Bryant just like the rest of us.

"I knew people were going to speak, but I didn't know Kobe would deliver a message," said Baylor of his statue unveiling in 2018. "I was delighted. He gave me some great compliments. I really enjoyed it."

I asked Baylor what his favorite memory or anecdote of Kobe Bryant was, and I was surprised when he told a story that was not about the superstar on the basketball court but off of it:

Baylor and Elaine were involved in a charity fundraiser for the community, and they decided to ask Kobe for an autograph that they could later auction off for the fundraiser. So Baylor and Elaine went to a Lakers game and decided to ask Bryant in the locker room after the game. At the time, Bryant was in his prime, coming off an MVP season, and soon to be back-to-back NBA Championships.

"I had a ball and a pen, and I was waiting for them to open the doors to the locker room so I could go in," recalled Baylor. "As soon as the doors open, there's Kobe walking out. He sees me with the ball and the pen, and before I can say he word he says 'Oh my gosh! Elgin Baylor wants an autograph from me?!'

Baylor details how incredibly surprised Bryant was that a Hall of Fame legend of Baylor's stature would ask Bryant for an autograph. Once Kobe heard what the autograph was for, he not only signed it immediately, but told Elaine that whatever else they needed, he would get for them. After the autograph, Elaine remembers how giddy and excited Bryant was to be with Baylor. She said she took a picture of the two Lakers' legends where Kobe was hanging all over Baylor's back like a little kid.

"He was like a little kid who was a huge fan of mine," said Baylor. "Here he was a superstar himself, and he was acting that way for me. I still look at the picture from that moment and see him hanging on me like a necklace."

On the court, Baylor remembers Kobe Bryant as "one of the greatest to ever play the game," but says his second act after basketball could have been even better.

"He realized his legs weren't going to last forever, and he started to look beyond basketball," both Baylor and Elaine shared. "Because of that, he was able to segue into being successful right after basketball, like winning the Academy Award. I'm sure he was going to continue to do that, continue to do work with the Mamba Academy. Those things don't happen overnight, they take planning, and he was thoughtful enough to plan beyond his playing days so that he could still be useful and make a contribution to the community. That is so admirable."

Baylor believes the Lakers should erect a statue for Bryant outside Staples Center as soon as possible, and adds that he would love to be there when they do. In the meantime, both he and Elaine are going to continue to keep Kobe, Gianna, their family, and the families of all the victims of the tragedy in their thoughts and prayers.