Elgin Baylor was drafted by the Minneapolis Lakers in 1958 and went on to become one of the legendary names of a storied NBA franchise.

NBA great and Lakers legend Elgin Baylor, who helped revolutionize the way the game is played, died Monday at age 86, the team announced.

Baylor was surrounded by family, including wife Elaine, and died of natural causes, the team said in a statement.

"Elgin was the love of my life and my best friend,'' Elaine Baylor said. "And like everyone else, I was in awe of his immense courage, dignity and the time he gave to all fans."

Considered the star of his era, Baylor was inducted in the Naismith Memorial Basketball Hall of Fame in 1977. His No. 22 jersey was retired by the Lakers in 1983 and now hangs in the Staples Center rafters.

Fans pass statues of Baylor, who still holds the record most points scored in an NBA Finals game with 61 in 1962 against the rival Boston Celtics, Kareem Abdul-Jabbar, Magic Johnson, Shaquille O'Neal and the team's late broadcaster Chick Hearn as they enter the arena in downtown Los Angeles.

"I appreciate all the wonderful things people have said about me, but without the wonderful teammates this certainly would not have been possible,'' Baylor said at the statue ceremony in 2018. "After about six decades of being around the NBA, I stand here before you today humbled, thankful, grateful for this recognition.''

Born in Washington D.C. in 1934 and named after his father's favorite Elgin timepiece, Baylor played a season at the College of Idaho before transferring the University of Seattle. He led the team to its first NCAA title game.

Baylor was drafted by the Minneapolis Lakers in 1958, becoming one of the few to play for the franchise in both Minnesota and Los Angeles. He immediately turned heads around the league, averaging 24.9 points and 15 rebounds per game to earn Rookie of the Year honors. 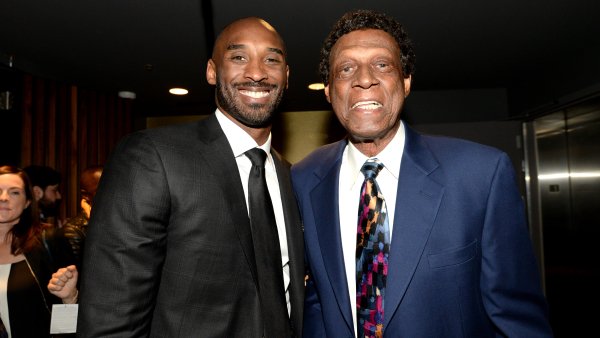 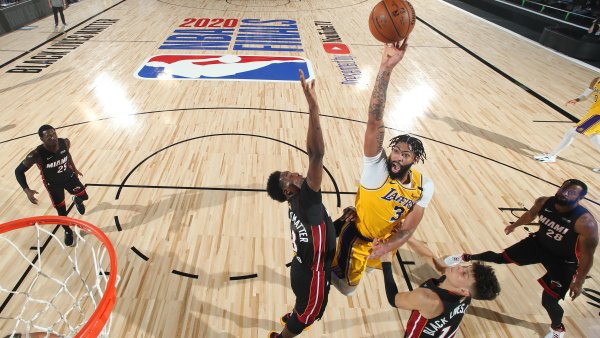 NBA Is Next Up for a Big Rights Increase, and $75 Billion Is the Price

Baylor played 14 seasons for the Lakers, earning NBA All-Star honors 11 times. Teaming with Jerry West in the 1960s, they formed one of the most productive duos in NBA history.

Baylor was the first NBA player to surpass 70 points with a 71-point game Dec. 11, 1960, against New York. He is credited with a significant role in revolutionizing basketball from a ground-bound sport into the aerial show it has become today.

"Elgin was the superstar of his era -- his many accolades speak to that," said Lakers Governor Jeanie Buss. "He was one of the few Lakers players whose career spanned from Minneapolis to Los Angeles.

"But more importantly, he was a man of great integrity, even serving his country as a U.S. Army reservist, often playing for the Lakers only during his weekend pass."

Baylor's contributions to the game went well beyond statistics.

The 6-foot-5 Baylor played in an era before significant television coverage of basketball, and little of his play was ever captured on film. His spectacular style is best remembered by those who saw it in person — including teammate West, who once called him “one of the most spectacular shooters the world has ever seen.”

Baylor had an uncanny ability to hang in mid-air indefinitely, inventing shots along the way with his head bobbing. Years before Julius Erving and Michael Jordan became international superstars with their similarly acrobatic games, Baylor created the blueprint for the modern superstar.

Baylor soared above most of his contemporaries, but never won a championship or led the NBA in scoring largely because he played at the same time as centers Bill Russell, who won all the rings, and Wilt Chamberlain, who claimed all the scoring titles. Knee injuries hampered much of the second half of Baylor’s career, although he remained a regular All-Star.

West and Baylor were the first pair in the long tradition of dynamic duos with the Lakers, followed by Magic Johnson and Kareem Abdul-Jabbar in the 1980s before Kobe Bryant and Shaquille O’Neal won three more titles in the 2000s.

But Baylor’s Lakers lost six times in the NBA Finals to the Boston Celtics and another time to the New York Knicks. Los Angeles won the 1971-72 title, but only after Baylor retired nine games into the season.

He retired in 1971 and went on to become a coach and Clippers front office executive. He worked for the Clippers from 1986 until 2008, when he left the team with acrimony and an unsuccessful lawsuit against owner Donald Sterling and the NBA, alleging age and race discrimination.

The Clippers denied the allegations and said Baylor had resigned voluntarily. A Los Angeles County jury unanimously ruled in the Clippers’ favor in March 2011, refusing to award any damages.

He is survived by his wife Elaine, three children and a sister.