The Los Angeles Lakers came from behind to win their preseason opener 103-84 on Tuesday night in Anaheim, but that wasn't important. It's only preseason. Luke Walton put on a suit and strolled the Lakers' sidelines for the first time, which he called "awesome" and a "special feeling," but even that seemed to pale in comparison to what the most famous basketball team on the planet did during the national anthem, what the players intend to keep on doing during the national anthem for the foreseeable future.

As a 16-year-old belted out the "Star Spangled Banner" in Anaheim, every member of the Los Angeles Lakers locked arms on the court in a demonstration and show of support for a social movement that started with Colin Kaepernick of the San Francisco 49ers during the NFL preseason, caught fire in the media and has spread to sporting fields in various forms at every level across the country. 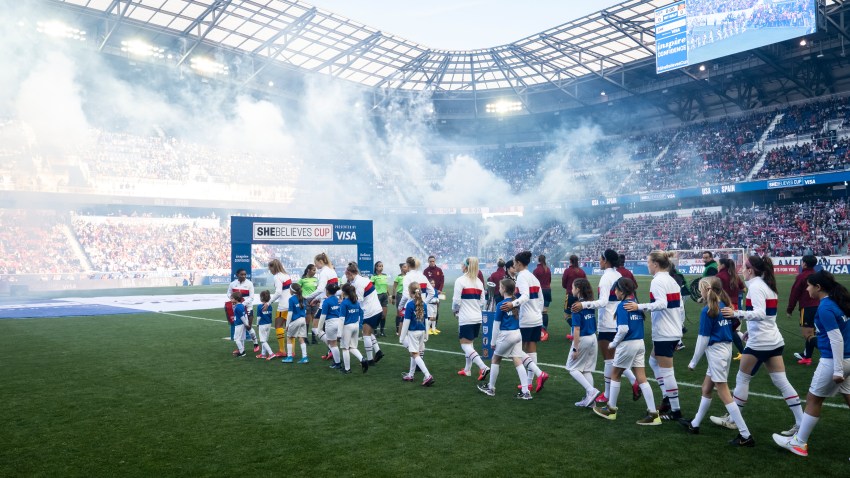 Women's Team, US Soccer Settle Part of Their Lawsuit

"We wanted to honor what was going on and the people who lost their lives and the social issue that is happening," Lakers center Tarik Black, who was the star of the game on the court, told NBCLA.com in the Lakers' locker room. "It is very true and it is a social issue, but we also pay homage to and respect our country and we do appreciate it. We don't want to go too far on one end and then disrespect either side because we respect both. But we do understand that there is an issue. There is something going on. There is something that needs to happen. There needs to be equality."

The Lakers managed to honor the national anthem, as players bowed heads and stood, but the locked arms in solidarity made it clear that the team wanted to show support for a movement that is designed to bring light to racial injustice in the United States, particularly related to police repeatedly killing unarmed black Americans and facing little to no consequences.

"It was a team decision," Black said the team met several times prior to making the decision as a unanimous unit. "We all spoke up. We all agreed to it."

After the game, Walton shared that ownership, the front office and the coaching staff had all held dialogue with the players and explained that the organization would support the players regardless of how they chose to address the issue.

In the end, the players decided that standing for the national anthem was important to honor the United States, but locking arms was important to show solidarity for the movement towards a more equal America for people of all races.

Asked if the team would continue to lock arms in the future, Black responded, "The issue continues. The issue hasn't stopped, so we won't stop."