The Los Angeles Lakers defeated the Miami Heat, 106-93, in Game 6 of the NBA Finals to claim their record-tying 17th NBA Championship in team history

They say the best part of any accomplishment is hidden within the journey along the way.

The journey of the 2019-20 Los Angeles Lakers began in June of 2009, when a 6-foot-6-inch guard from Lower Merion High School lifted his fourth championship trophy in Orlando, Florida.

Eleven years later, the journey came to a circuitous end when the Lakers once again lifted the Larry O'Brien trophy in Orlando. But this time, they did it for Laker's great Kobe Bryant.

The Lakers were dominant throughout the NBA Playoffs, but none more so than in the final game of the season, as they finished off the Miami Heat, 106-93, to lift their record-tying 17th NBA championship.

Just as Kobe Bryant did in this same city 11 years prior, the Lakers put on a performance befitting of the legends that donned the purple and gold before them.

The pantheon of Lakers legends will now have two new names carved alongside them: LeBron James and Anthony Davis.

For King James, it's his fourth NBA crown, with three different teams. James proved why he will go down in history as one of the greatest to ever play the sport with an unforgettable performance in the closeout game. 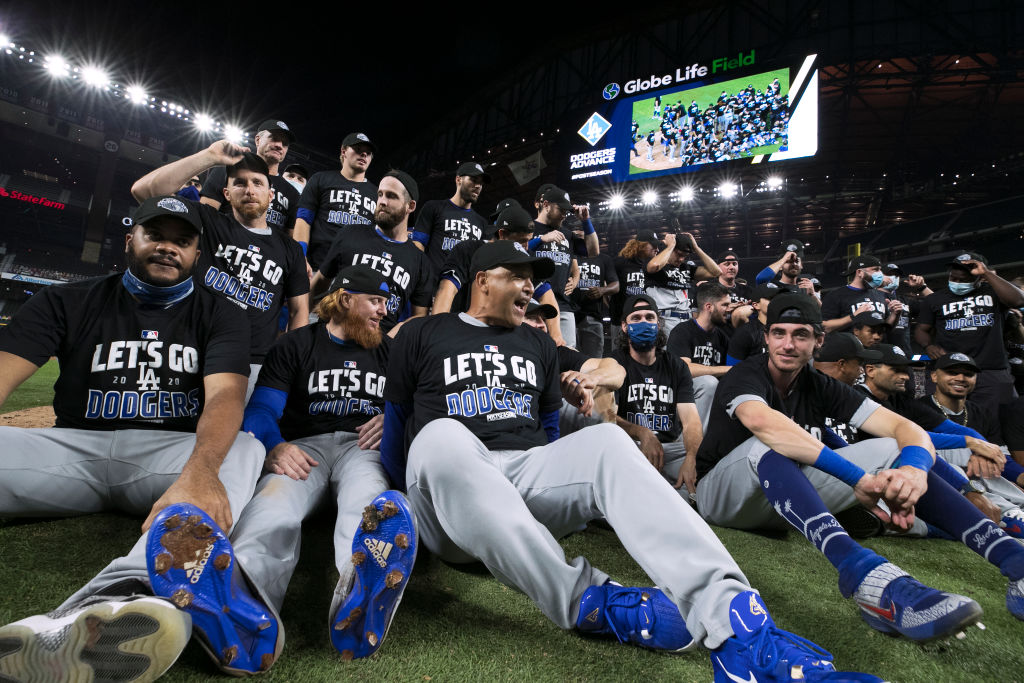 For Davis, he's finally achieved what he always dreamed of as a kid growing up in Chicago under the shadow of Michael Jordan: an NBA championship.

When Davis demanded a trade last year out of New Orleans, he was instantly vilified. Beguiled and benched, Davis could only watch and hope that he would be traded to a team that would allow him to play on the game's greatest stage, the NBA Finals.

But the Lakers journey to the Finals was wrought with more hurdles, hardship, and heartbreak than any other champion in recent memory.

Their season began over a year ago, where they found themselves stuck on foreign soil after a postseason trip to China was boycotted because of the protests in Hong Kong.

Months later, the tragic death of Bryant hung over the team like a haze. The shock, grief, and tears, eventually transforming into a single rallying cry for the remainder of the season: Win for Kobe.

It took over a decade, but the Lakers have once again ascended to the top of the mountain as the NBA's greatest franchise.

Throughout the playoffs, the Lakers were like a wrecking ball toppling a beautiful building: voracious on defense and awe-inspiring on offense.

Their final game of the season was no different. The Lakers held the Heat to just 93 points and 44 percent shooting from the field in the closeout game.

As ferocious as they were on defense, the Lakers offense might have been even more impressive. Los Angeles led wire-to-wire in Game 6, shooting over 48 percent from the field, with just 12 turnovers.

The Lakers didn't just beat the Heat they bludgeoned them. Dominating every aspect of the game, the Lakers out-rebounded Miami 46-to-41. They outscored them in the paint, 52-to-44, they had 16 fast break points, holding the Heat to just eight.

Fans and vendors traveled from around the country to pay tribute to Kobe ahead of his memorial service. Kim Tobin reports on Monday, Feb. 24, 2020.

Most people assumed the Lakers would win the series on Friday in five games, but that's the thing with assumptions; they're dangerous.

After the two heavyweights took turns throwing haymakers in the final minutes of Game 5, James passed on the final shot, deferring to teammate Danny Green who missed a wide-open three, sealing the victory for Miami.

Green and his family received death threats after the loss; James was chastised for being unselfish. Thankfully for the Lakers, there was much less drama in Game 6.

After leading 28-20 at the end of the first quarter, the Lakers delivered the knockout blow in the second. They outscored the Heat by 20, leading by 30 points before halftime, the second largest lead in the first half in NBA Finals history.

The second half was simply more of the same, as the Lakers piled on, extending their lead to 36 points, patiently waiting for the final seconds to tick off the clock, the champagne to be uncorked, and the confetti to fall. Their Hollywood ending finally complete.

Meanwhile, Jimmy Butler had just 12 points in defeat for Miami. Bam Adebayo had 25 points, and Goran Dragic returned to the court for the first time since he tore his plantar fascia in Game 1.

However, the big question for the Heat moving forward is whether or not this season was an anomaly, or the building blocks of another beautiful era on South Beach.

The Heat lived up to their hype in the series. Fighting until the bitter end regardless of the situation. But even with Butler playing some of the best basketball of his career, it was not enough to prevent the Lakers from their championship destiny.

But that destiny came with an aura of inevitability.

The Los Angeles Lakers began the season as the betting favorites to win the NBA Championship.

The weight of expectations hung over the Lakers like an impenetrable cloud from the moment they acquired Davis in the offseason.

When James first agreed to join the Lakers in the summer of 2018, the expectations were through the roof. Fans in Los Angeles had already crowned the King and the Lakers before they played a single game on the court.

The CHP confirms that they are assisting the LAPD in shutting down freeway ramp exits to downtown due to crowds that have formed after the Lakers' championship win. Darsha Philips reports for NBC4 News on Oct. 11, 2020.

However, James was hampered by a groin injury during his inaugural season in Los Angeles, and the pieces around him were ill fitting for his otherworldly skillset.

Davis arrival changed all that, and catapulted a rebuild that was already seven years in the making.

After missing the playoffs six consecutive seasons, the Lakers cruised to the best record in the Western Conference, and looked dominant against the NBA's best before the season was interrupted by the COVID-19 pandemic.

After a four-month hiatus, it took time for the Lakers to get back on track. They were a paltry 3-5 in their first games inside the NBA bubble.

They opened their postseason campaign with a shocking loss to the Portland Trail Blazers, but were magnificent from that moment forward, posting a record of 16-4 en route to the title.

In round 2, the Lakers had to adjust to the fast-paced small ball style of James Harden, Russell Westbrook, and the Houston Rockets. After dropping Game 1 again, the Lakers matched the Rockets by inserting Markieff Morris into the starting lineup and benching their big men.

Against the Denver Nuggets, they struggled to stop the scorching hot Nikola Jokic and Jamal Murray before Dwight Howard and James were called upon to defend the duo.

In each of those series, the Lakers lost just one game. Their brief moments of vulnerability dissipating into three straight Gentleman's Sweeps, the name given to a series that ends in five games.

In the Finals, it was more of the same. Davis dominated the first two games of the series, both blowout wins for Los Angeles. After dropping Game 3, the Lakers took a commanding 3-1 lead, before losing Game 5 in the final seconds.

James joined Bryant by winning his fourth title in Orlando; another chapter written in a legacy that will live on long after he's done playing.

Moreover, he did something that will forever immortalize him in Los Angeles. He brought a title back to the City of Angels.

Finally, after surviving over a decade without it, the Larry O'Brien trophy is back home where it belongs, in Lakerland.