On the court, LeBron James is one of the greatest basketball players in the world. But off the court, he's quickly becoming a leader and activist for social change.

LeBron James is becoming a leader for social change.

On Wednesday, James took another step in his evolution from the world's greatest basketball player to acclaimed social activist. James announced that he was creating an organization to help increase African American voter registration, turnout, as well as voter education, and voters rights.

In an interview with the New York Times, James disclosed that the idea for his new project entitled, "More Than a Vote," derived after the murder of George Floyd on May 25th while in police custody in Minneapolis.

In the days that followed, as protests ignited across the country, James reached out to multiple athletes and entertainers with ideas on how they could help, and within a few days the "More Than a Vote" plan came to fruition.

James joined together with other African American athletes and entertainers on the "More Than a Vote" project. Some of the other NBA players involved are Eric Bledsoe, Draymond Green, Trae Young, and Udonis Haslem. New Orleans Saints' running back Alvin Kamara is also on the board along with WNBA star Skylar Diggins-Smith and actor/comedian Kevin Hart. Together they formed a Board of Directors, and are hoping they will be able to make an impact come November.

James' "More Than a Vote" project couldn't have come at the more perfect time. On Tuesday, after numerous examples of voter suppression in the state of Georgia were unveiled, James replied to a tweet stating that some African American voters in Atlanta had to wait in line for over three hours to vote, whereas in nearby predominantly white neighborhoods there was no line at all.

James' not only asked the questions on everyone's minds with his tweet, but less than 24 hours later he backed it up with action. In doing so, James continues to carry the mantle as an African American leader for social injustice off the basketball court.

The non-profit organization is still in its infancy, but James and his board are specifically targeting pivotal states in the upcoming 2020 Presidential Election in November.

Love him or hate him, at 35-years-old, James is coming into his own as one of the leading voices in the country when it comes to activism affecting African Americans in society.

In 2012, while playing with the Miami Heat, James and his teammates famously donned black hoodies in honor of Trayvon Martin. In the years that followed, he spoke publicly about the deaths of Michael Brown, Eric Garner, and Aavielle Wakefield. He even wore an "I can't breathe" t-shirt during warmups before a game.

In his hometown of Akron, Ohio, James created the LeBron James Family Foundation and opened up the I Promise School, to provide an education to those less privileged children that otherwise wouldn't be able to afford one. 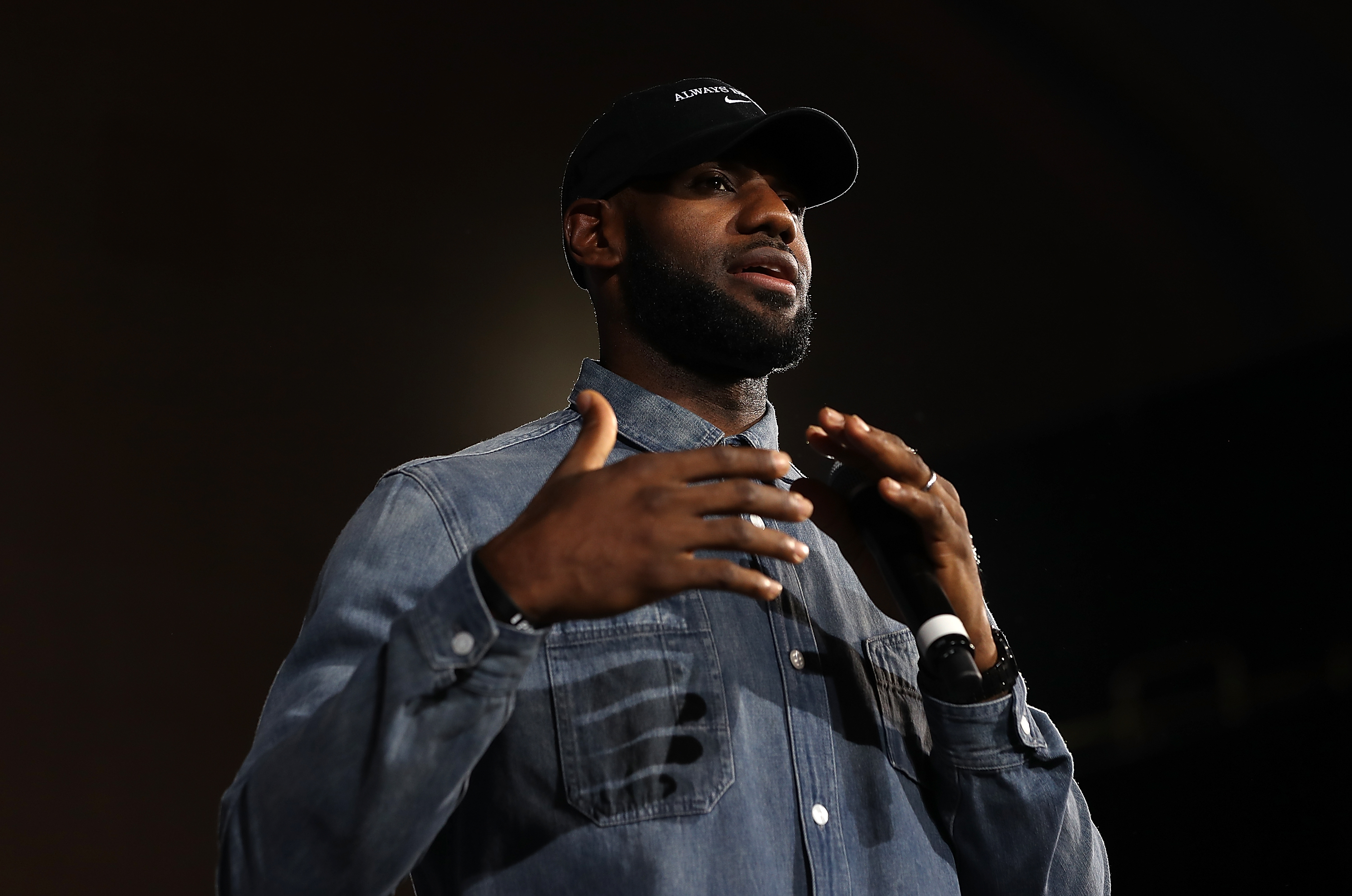 It would be easy for LeBron James to sit back in his Los Angeles mansion and soak up the sun. He will go down in history as one of the greatest basketball players ever to play the game. He has amassed enough fame and fortune to last his family more than ten lifetimes.

The resumption of the NBA season is in less than six weeks, and nobody would fault him if he wanted to spend the majority of his time focused on bringing the Los Angeles Lakers their 17th championship. He could remain silent, and take a back seat to what's happening in the country, opting to allow others to drive the car of change.

Instead, James is walking the walk and talking the talk when it comes to standing up for social injustice and equal rights. He's not just posting an all black image, or a Black Lives Matter hashtag. He is actively using his platform to make a tangible difference in our society. Again, agree with him or not, his efforts should be applauded.

Recently, after a Fox News video showing one of his staunchest critics telling him to "shut up and dribble," resurfaced, James responded by saying, "Don't worry I won't stop until I see CHANGE!!!"

It's one thing to say it in a tweet, it's another to be the change we want to see in the world. James is doing that now, and similar to when he's on a breakaway on the basketball court, look out to anyone who tries to stop him or get in his way.