James has said the school, with a non-traditional schedule and year-round programming, can have a lasting impact for children facing the kinds of challenges he faced during a rough childhood.

With the launch of a public school in his hometown of Akron, Ohio, LeBron James has joined a long list of celebrities who have sought to leave their mark on education centers.

The NBA star, who recently left the Cleveland Cavaliers and signed with the Los Angeles Lakers, was on hand Monday to welcome children to the I Promise School, built in a partnership with the LeBron James Family Foundation and Akron City Schools. The school launches with a group of third- and fourth-graders and plans to expand to serve first through eighth grades by 2022.

James has said the school, with a non-traditional schedule and year-round programming, can have a lasting impact for children facing the kinds of challenges he faced during a rough childhood. James grew up without a father, and he missed a lot of school because he and his mother lacked transportation. 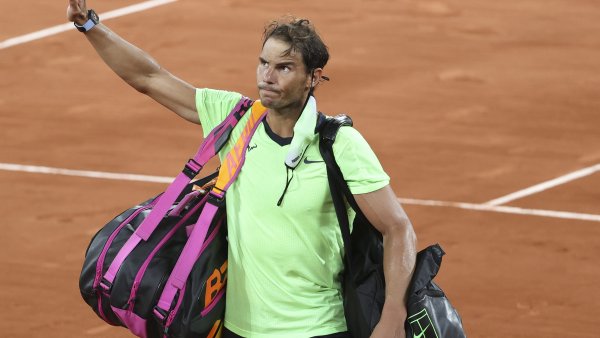 Rafael Nadal Pulls Out of Wimbledon and Tokyo Olympics

Here is a look at some of the other celebrities who have been involved in creating schools, sometimes with mixed results:

The NFL Hall of Famer co-founded a multi-campus charter school called Prime Prep Academy in Texas in 2012. He coached there and served in other capacities but had a rocky relationship with administrators and was twice fired and rehired. The school's enrollment slid amid financial and administrative problems, and it closed in early 2015.

The singer has funded at least a half-dozen schools for children in her native Colombia over the past two decades with her foundation, Pies Descalzos, which means Barefoot in Spanish. Those institutions included a $6 million school she dedicated in 2009 in her hometown, Barranquilla, on Colombia's Caribbean coast. She said then that her foundation's work is about "breaking the myth that quality education is the privilege of the few."

The Lakers legend announced in 2011 that he was partnering with for-profit EdisonLearning Inc. to lend his name and business skills to promote dropout recovery centers. The effort expanded to at least 17 Bridgescape schools in six states within a couple years with the goal of reducing school dropout rates in urban areas. The company and Johnson parted ways after five years, but EdisonLearning says four Bridgescape Learning Academies still operate with the Chicago Public Schools.

The singer and his wife, teacher Susan Benedetto, founded the Frank Sinatra School of the Arts in 2001 in New York, naming it after the legendary singer, who was Bennett's best friend. The public performing arts high school in Queens, which gets support from Bennett's nonprofit group, admits students based on auditions. It boasts a high graduation rate, with alumni who have gone on to study at a variety of top arts colleges.

The actor-rapper and his actress wife, Jada Pinkett Smith, founded the private New Village Academy in the Los Angeles area in 2008. Pinkett Smith said she was moved to start the school after developing home-schooling programs for their own children, but it was embroiled in controversy over rumors the curriculum used instructional methods developed by Scientology founder L. Ron Hubbard. The couple and school leaders denied any connection to the church. The school reportedly closed in 2013. Representatives for the couple couldn't immediately be reached for comment.

The tennis great ran the Andre Agassi College Preparatory Academy for at-risk youth in his hometown, Las Vegas. In 2016, the academy was turned over to an out-of-state operator, and it has been rebranded Democracy Prep at Agassi Campus. The school change was compelled by a Nevada state initiative that targeted low-performing schools. The Andre Agassi Foundation for Education also is tied to an investment fund that helps charter school operators get access to buildings and facilities around the country.

The performer and entrepreneur added another role in 2016 as founder of the Capital Preparatory Harlem Charter School in the New York neighborhood where he was born. He said it was a dream come true to create the school, which is part of a group of schools aimed at supporting historically disadvantaged students.

The rapper, whose real name is Armando Christian Perez, has been a celebrity ambassador for the Sports and Leadership Academy, which has locations in Miami and Henderson, Nevada. He's appeared at ceremonies for the schools, which focus on sports medicine, marketing, business and management. The academy is overseen by the Sports and Leadership Academy Foundation, and he is not a financial donor.

The pop star founded the charity Raising Malawi in 2006 to help vulnerable children in that impoverished southern African nation. Its work has included helping to build schools there. It also funded a children's wing at a hospital that opened last year.