Lionel Messi may be in a new country playing for a new team in a new league, but he is still taking home the same old hardware.

The Paris Saint-Germain megastar was awarded the 2021 Ballon D’Or on Monday at a gala in Paris. It is the seventh time that Messi has earned the prize annually given to the top male soccer player in the world.

His 2021 season was split between PSG and F.C. Barcelona, the club he called home for 21 years. Messi made the massive shift from La Liga to Ligue 1 in August on a two-year contract worth a reported $41 million annually.

On the field, Messi collected 29 goals and nine assists combined for PSG and Barça in 2021. He also finally claimed an international title with Argentina, scoring four goals and adding five assists in the country’s Copa América title run. 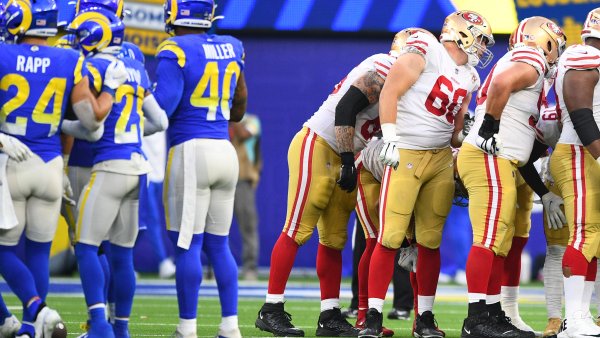 Rams Hope 3rd Time is a Charm in NFC title matchup vs. 49ers

Messi won the award each year from 2009 through 2012 while he was with F.C. Barcelona. The Argentinian forward then won the award in 2015 to break Cristiano Ronaldo’s two-year streak and earned his sixth Ballon d’Or in 2019, the last year it was given out.

With seven Ballon d’Ors, Messi now has two more than Ronaldo, who is the only other player with five or more trophies. Ronaldo placed sixth in this year’s voting.

Robert Lewandowski of Bayern Munich and Poland’s men’s national team came in second place. He was widely considered the top player for the 2020 calendar year, but no honor was handed out due to the COVID-19 pandemic and its effect on the global soccer landscape.

His record-breaking Bundesliga season still earned him an award on Monday. He took home the first ever Striker of the Year honor.

France Football dished out a handful of other awards on Monday, as well. Barcelona's Pedri took home the Kopa Award given to the top player under 21 years old, Gianluigi Donnarumma was given the Yachine Trophy as the top goalie of the year and Chelsea was named the first ever Club of the Year.