If the Los Angeles Lakers win their 17th NBA title, it will be due in part to what once seemed like an unlikely collaboration and a former Boston Celtic.

They were rivals once, Rajon Rondo and LeBron James. Rondo was in Boston.

James was in Cleveland and Miami. Their paths would cross most every year in the playoffs, an annual placing of a thorn in one another's side.

James may have had different words to describe Rondo then.

Rajon Rondo helped the Boston Celtics win their 17th NBA championship. He's on the brink of being part of title No. 17 for the Lakers as well.

These days, however, the words James uses when speaking of the Los Angeles Lakers' backup point guard include cerebral and determined. And that approach -- smart and tough -- has Rondo on the doorstep of a most exclusive club.

Rondo helped the Boston Celtics win their 17th NBA championship. He's on the brink of being part of title No. 17 for the Lakers as well, something that could come as early as Friday night when they take on the Miami Heat in Game 5 of these NBA Finals. The Lakers lead the series 3-1.

"I won at (22) years old, and now being 34, it's a completely different experience, and understanding that this doesn't come often or annually," Rondo said earlier in the series. "Being back here over a decade later is a very humbling experience."

The Celtics and the Lakers have long been the NBA's royal families, the leaders in titles and probably the league's best rivalry. Plenty of players have played for both franchises -- but only one, Hall of Fame forward Clyde Lovellette, played on championship teams with both clubs. And even that comes with a tiny asterisk; Lovellette won titles in 1963 and 1964 with the Celtics, and his first ring came in 1954 when the then-Minneapolis Lakers.

So, Rondo could be the first player to win a title for both Boston and Los Angeles. Bill Sharman pulled it off but not as a player in both cities -- he won 10 NBA rings in his lifetime; four as a Celtics player, one as the coach of the Lakers in 1972 and five more as a Lakers executive in the 1980s.

"I'm very fortunate and blessed to continue playing this game for this long," Rondo said.

James still remembers playoff matchups in 2008 and 2010, when he was in Cleveland and Rondo was with Boston. The Celtics had more talent than those Cavs teams and won both matchups; the 2010 series ended James' first stint in Cleveland and ultimately sent him to Miami.

While the talent disparity between the teams was noticed by James, so was this: Rondo would call out Cleveland's sets every time down the floor. He knew what was coming. James was simultaneously frustrated and impressed by Rondo's ability to predict movement in real time.

When the Lakers had a chance to get Rondo, they didn't hesitate -- so clearly, James was more than fine with the move. He loves smart teammates. Rondo more than fits that bill.

"Rajon is a huge part of what we do," Lakers coach Frank Vogel said. "I have a tremendous amount of trust in his abilities, especially in this atmosphere, this deep into the playoffs when the games mean so much. He's been there before, and I trust him."

He's not the All-Star that he once was, but the toughness hasn't gone away. Rondo and Heat forward Jimmy Butler are friends and former teammates; Rondo thinks nothing of trash-talking Butler during a game, to the point where sometimes both are laughing.

"Rondo is always saying something to me during the game," Butler said. "I've got a lot of respect for the guy, a lot of love for the guy, him and his family. Obviously, he played with me in Chicago, so there's always some jawing going back and forth."

In winning time, though, Rondo lets the play do the talking.

Consider the last six minutes of Game 4 of the finals. Rondo checked back in with the Lakers up 85-83. He helped force a Miami turnover, got an offensive rebound that led to two free throws by James, scored his only points of the night on a layup that put the Lakers up by six, then had the pass that set up Anthony Davis' game-sealing 3-pointer with 39.5 seconds remaining. 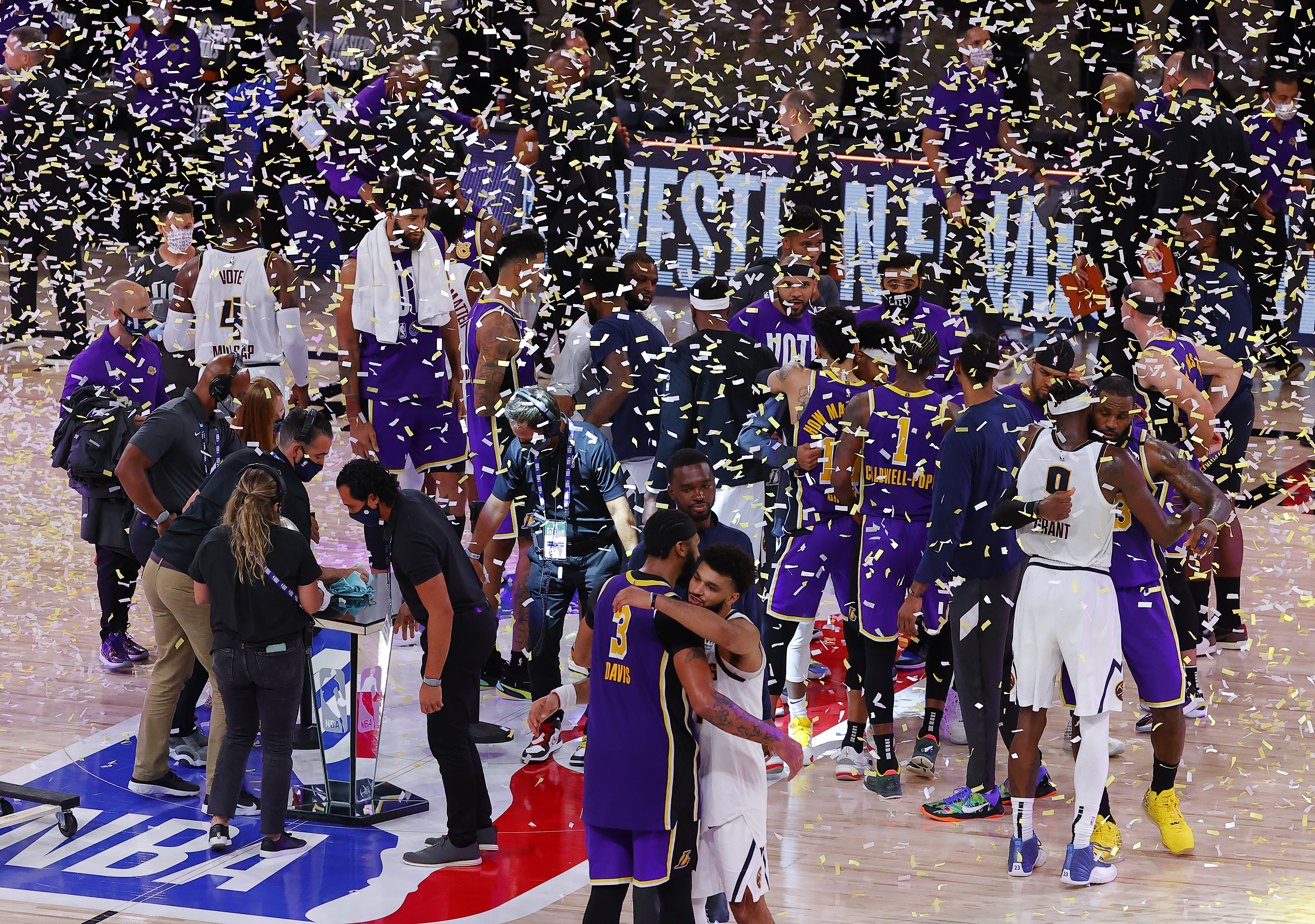 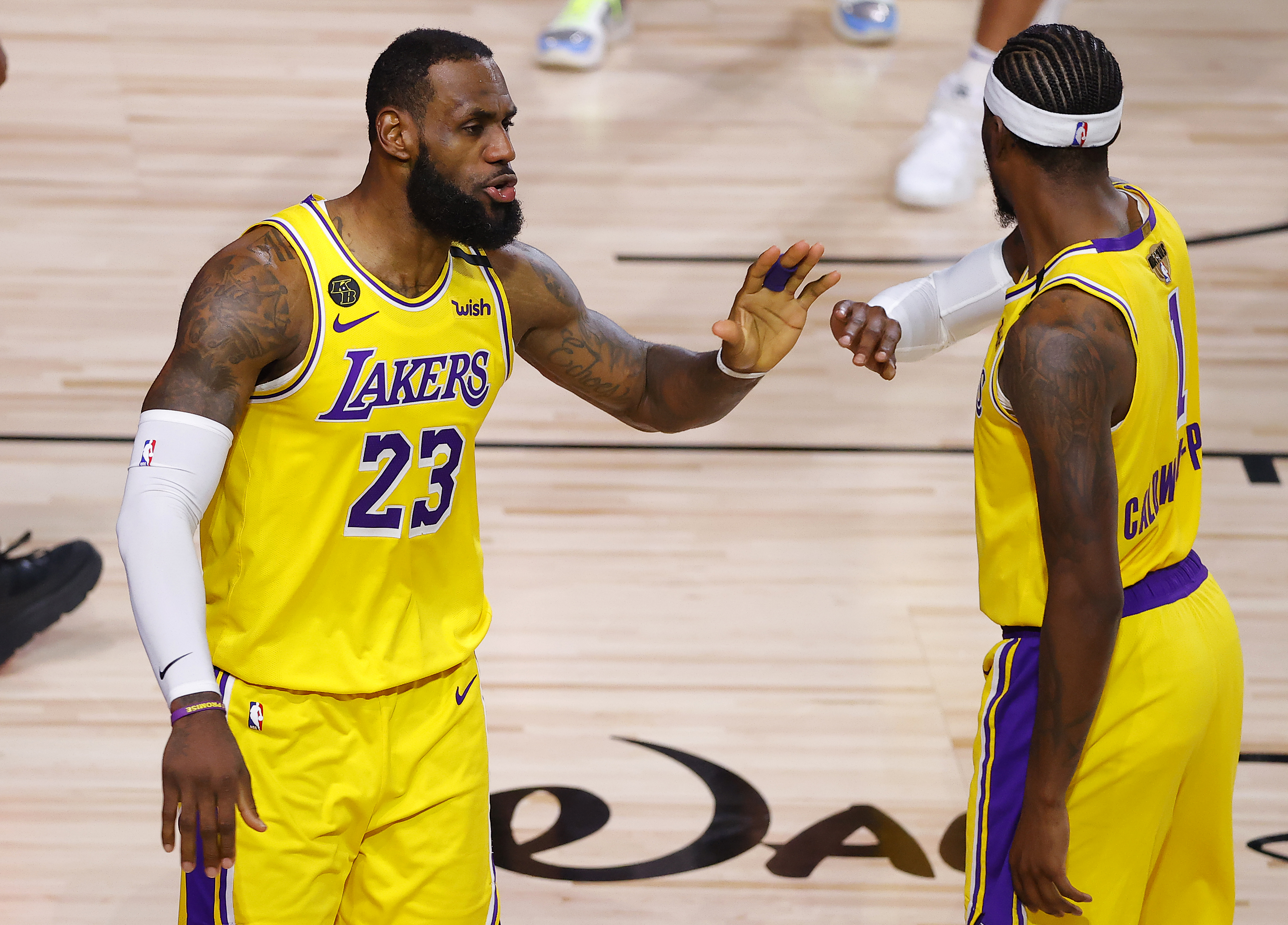 Nobody on the Lakers calls him Playoff Rondo. He doesn't like the moniker much, even though many use it freely when talking about him during the postseason. But he showed why the name has stuck, with yet another example of him coming through in the biggest moments of the biggest games.

"This opportunity doesn't come often," Rondo said. "Guys search for this moment their entire career, and we definitely have to seize the moment."