Rams to Open Training Camp Next Week: ‘We're in a Good Spot'

The Rams are back, so now what? Here's what to expect as the team prepares for its first season back in LA

By almost any measure, the Rams' return to Los Angeles appears to be going well.

The players and coaches are fully settled in Southern California. The franchise's infrastructure is replanting its roots in the community. A palatial new stadium is preparing to rise in Inglewood.

Except now it's time to see how these Los Angeles Rams measure up in the standings -- and that's where the St. Louis edition of this franchise was a failure for the past decade. 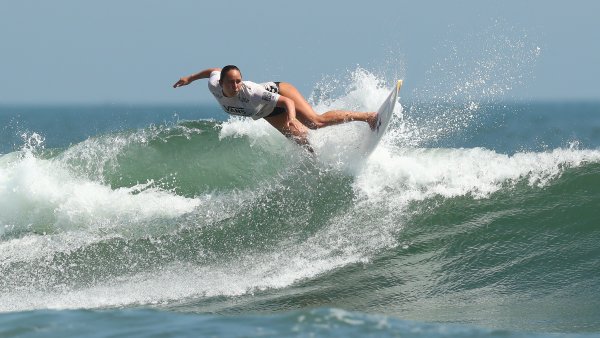 The Rams open training camp next week in Orange County with cautious optimism they can end their 11-year playoff drought in front of their next generation of LA fans. Even late-season contention for a postseason berth would be an enormous boost for a team that did almost nothing to inspire passion over its final dozen years in Missouri.

"We know our goal has to be playoffs," defensive lineman Aaron Donald said. "We're thinking about that every day. That's what you want to do for the fans. We don't want to wait."

The Rams' hopes are built around a revitalization of the NFL's worst offense last season. They're placing an enormous bet on the developing talents of No. 1 draft pick Jared Goff at quarterback and budding star Todd Gurley at running back.

Coach Jeff Fisher kept his job after four straight losing seasons in part because of his experience in moving an NFL franchise, but he also realizes the urgency created by the Rams' move and their big trade to acquire Goff.

"I feel like we're in a good spot," Fisher said. "Considering everything that we've gone through, I feel like we've accomplished a great deal."

Here are five things to know about the Rams' homecoming season in Southern California:

HE'S NO. 1: While Gurley is the Rams' highest-profile star, all eyes will be on Goff. Rams general manager Les Snead mortgaged a portion of their future to get the California quarterback, deciding they could wait no longer to address the sputtering offense's most glaring need. Fisher initially said he hoped Goff would start the season opener, but has de-emphasized that aspiration lately. Whether it's Week 1 or Week 10, Goff will be the Rams' starter at some point, and his ability to adjust to the pro game could play a major role in determining whether the Rams can contend.

MAN IN THE MIDDLE: Alec Ogletree is another key to the Rams' hopes after they cut linebacker James Laurinaitis, the leading tackler in franchise history. His replacement is Ogletree, the former weakside linebacker now calling the defensive signals. He'll also have to show Laurinaitis' nose for the ball if the Rams don't want to take a step back on defense.

SECONDARY CONCERNS: The Rams waved goodbye to cornerback Janoris Jenkins, who signed a lavish free-agent deal with the Giants, and safety Rodney McLeod. Although they signed Coty Sensabaugh, they'll try to fill the vacancies in their secondary from within. E.J. Gaines seems likely to replace Jenkins on the corner opposite Trumaine Johnson, while Lamarcus Joyner should see more time in the slot.

HOME SWEET HOME?: Until owner Stan Kroenke finishes his billion-dollar stadium complex, the Rams will play at the gently dilapidated Coliseum, the home of the first Super Bowl and two Olympics. It's also still the home of the USC Trojans. The Rams have two back-to-back home dates with the college powerhouse, ensuring they'll play on chewed-up turf. The Rams' schedule is tilted to put only two home games before November, along with three more after the Trojans' season ends. They'll only play seven regular-season home games in total, thanks to their trip to London in October. Their preseason home opener is Aug. 13, but the homecoming really begins Sept. 18 when former USC coach Pete Carroll and the Seahawks visit.

TEMPORARY BASE: The Rams will spend about a month in their training camp facilities at UC Irvine. Their new in-season training complex in Thousand Oaks, where most players are already living, won't be ready until shortly before the regular season. The Rams' first season back home clearly requires everybody to navigate upheaval, but it's too soon to tell whether the players' preparation will be bothered by these frequent shifts around the Southland.