In the final three minutes of a game that began with Southern California's earliest kickoff in decades, the Trojans finally did a few things worth getting up early to see.

And a couple that had to be seen to be believed.

Drake London caught a 21-yard touchdown pass with 1:20 to play, and USC rallied from a late 13-point deficit for a 28-27 victory over Arizona State on Saturday in the Pac-12′s long-delayed season opener.

For the first 57 minutes of play after that 9 a.m. kickoff, the Sun Devils appeared to be grinding out a solid victory largely by forcing mistakes from the Trojans. USC gave up a handful of big plays by the Sun Devils, committed four turnovers of its own and turned the ball over twice on downs in ASU territory.

But at perhaps the last possible moment to mount a two-score comeback, the Trojans did just that.

Bru McCoy caught a deflected 26-yard TD pass with 2:52 left, and McCoy then recovered the ensuing onside kick as well. USC's next drive stalled — but on fourth-and-9, Kedon Slovis fired a desperation pass down the middle to London, and the two-sport athlete beat double coverage to haul it in for an electrifying score.

USC's defense then stopped Arizona State on downs near midfield with 50 seconds left to preserve an astonishing comeback for the perpetually embattled Helton and his talented team.

“Well, it reminds you of 2020, doesn’t it?” Helton said. “A year of adversity and finding a way to overcome hard situations. I’m proud of our football team. We made it.” 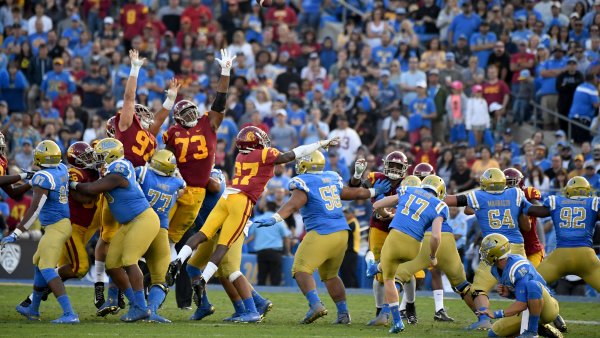 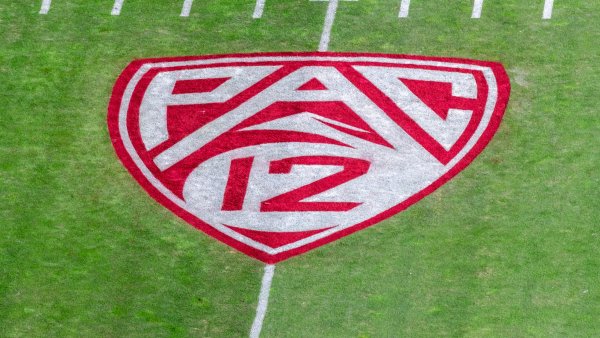 Slovis passed for 381 yards with a school-record 40 completions for USC, while Stephen Carr and Markese Stepp made scoring runs in the first half. London also caught eight passes for 125 yards, none bigger than his winning TD reception.

“That play was a play we run all the time,” Slovis said. “There was three steps and a hitch ball, and Drake did the rest for me.”

While the Trojans celebrated, the Sun Devils opened their season with a crushing loss.

Freshman DeaMonte Trayanum rushed for 87 yards and two touchdowns, while Rachaad White had a 55-yard TD reception in a similarly strong debut for the Sun Devils, who got agonizingly close to an impressive road win for coach Herm Edwards and new offensive coordinator Zak Hill.

“The thing I’ve learned about college football, they can score at any moment,” Edwards said. “We had an opportunity defensively to get off the field a couple of times, and we didn’t do it. We gave their offense life.”

USC racked up 556 yards of offense and outgained the Sun Devils by 164 yards. Yet until their rally, the Trojans were struggling for poise and precision in a game that began at breakfast time. USC agreed to its earliest kickoff in at least 70 years for a national television audience — and both teams certainly put on a show, for better and worse.

New Arizona State co-defensive coordinator Marvin Lewis also was on the verge of a resilient debut before the Trojans broke through.

“I don’t think we were out of gas,” Arizona State safety Evan Fields said. “We’ve just got to do a better job having mental toughness. That’s what it comes down to. Our focus, we can’t let it tire.”

Arizona State: The first 57 minutes will do little to assuage the pain of the final three, yet there's plenty to build on. Edwards' overhaul of his coaching staff still appeared to pay off, and the Sun Devils controlled the line of scrimmage until late.

USC: Helton will breathe an enormous sigh of relief after his players finally got it together at the last possible moment, but the fact that USC's lines both struggled will be a problem. The Trojans' turnovers and mistakes also were glaring, but they'll only dampen the celebration slightly.

The Trojans moved the ball well and stole the win, but they didn't do much to encourage confidence in their ability to contend for the Pac-12 title. They'll likely stay ranked but will need more persuasive victories.

The Trojans looked finished when Stepp fumbled on fourth down at the ASU 23 with 6:04 to play, but the Trojans’ offense finally caught a break. McCoy, the former five-star recruit, made his first career TD catch when a contested pass deflected straight to him in the end zone.

The USC defense had a decent start under new coordinator Todd Orlando, but the Sun Devils showed a knack for big plays like White’s exceptional run to score on an ordinary screen pass in the second quarter. Trayanum’s second TD run from 17 yards out then put the Sun Devils up 24-14 midway through the third quarter.

Arizona State: Home opener against California next Saturday, if the Golden Bears have no coronavirus concerns.

USC: At Arizona next Saturday.