A Rain Delay Under a Roof: Remnants of Hurricane Ida Impact Play at US Open

Schwartzman and Anderson originally started their match before 7:30 p.m. and did not finish until just past 1 a.m. — at a different stadium from where they began

Even a retractable roof at the U.S. Open was no match for the heavy rain and wind the remnants of Hurricane Ida carried to Flushing Meadows, knocking down tree limbs and causing flooding around the tournament grounds, while forcing a match to shift from one court to another after a delay of 2 1/2 hours.

"Crazy weather," was the way 11th-seeded Diego Schwartzman summed things up after he managed to beat 2017 runner-up Kevin Anderson 7-6 (4), 6-3, 6-4 in their interrupted contest to reach the third round as Wednesday became Thursday.

The National Weather Service office in New York declared its first-ever set of flash flood emergencies in the region, subway stations and tracks became so flooded that the Metropolitan Transportation Authority suspended all service and New York City put in place a travel ban until 5 a.m. ET Thursday for all non-emergency vehicles.

Schwartzman and Anderson originally went out to start their match at Louis Armstrong Stadium before 7:30 p.m. — but did not finish until just past 1 a.m. at Arthur Ashe Stadium.

Those are the only two arenas at the Billie Jean King National Tennis Center outfitted with covers that can be moved into place and allow competition to proceed when Mother Nature causes problems. 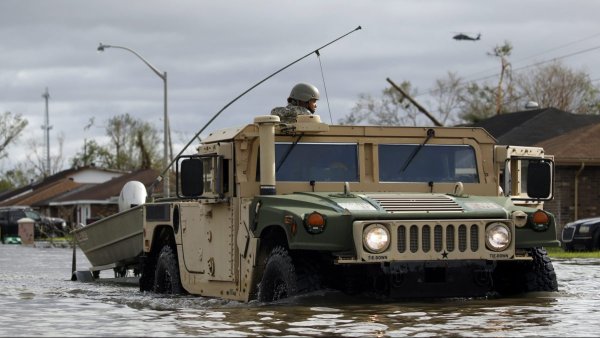 Biden to Survey Ida's Storm Damage in Louisiana on Friday 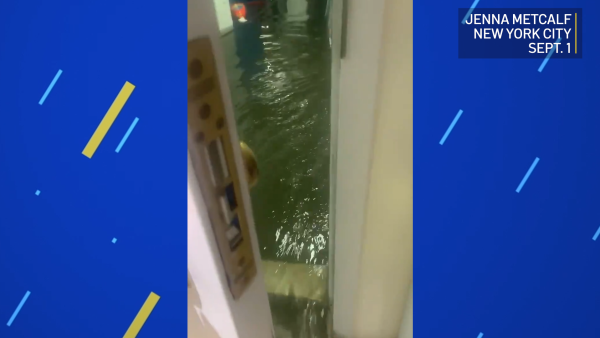 The problem Wednesday: Armstrong, a 14,000-seat stadium that was updated ahead of the 2018 U.S. Open, was equipped with a naturally ventilated roof — and the space purposely left between the concourse and the top allowed the rain to get blown onto the court by strong wind.

So folks popped open umbrellas while sitting under the roof, and Anderson and Schwartzman were halted at 5-all in the first set while workers dried the court. Play resumed, then was stopped again early in the second set. The tournament then gave up on the idea of finishing at Armstrong and decided to move things to Ashe — once the in-progress match there between Stefanos Tsitsipas and Adrian Mannarino ended.

Wednesday’s last scheduled match in Armstrong, between Angelique Kerber and Anhelina Kalinina, was postponed until Thursday.

Schwartzman had no interest in that sort of scenario.

“I was ready to play and I wanted to finish today, not finish tomorrow. You never know what can happen,” said Schwartzman, a 5-foot-7 Argentine who reached the semifinals at last year's French Open and twice has been a quarterfinalist at the U.S. Open. “I was trying to push ... to play tonight.”

Then, since things were running so simply and smoothly as it is, Mannarino grabbed the third set in a tiebreaker that ended just past 11 p.m. to prolong that match and, in turn, delay the continuation of Anderson vs. Schwartzman.

On top of that, Tsitsipas headed off court for a toilet break, as is his wont. Eight minutes elapsed before the fourth set could start, and Mannarino got a bunch of tennis balls so he could hit some practice serves to keep his shoulder loose. Tsitsipas returned to boos from spectators.

At least things were expedited from there. Tsitsipas rolled through a 6-0 fourth set in a mere half-hour, and Anderson and Schwartzman wasted little time getting out on Ashe.

The rain made quite a racket as it pounded against the outside of Ashe's roof.

“Just a lot of noise coming from up there,” Tsitsipas said.