The Los Angeles Rams bade farewell to the Coliseum and secured their third straight winning season with a 31-24 victory over the Arizona Cardinals. Tyler Higbee and Robert Woods caught touchdown passes from Jared Goff in the fourth quarter as the Rams finished 9-7 and missed the playoffs one year after reaching the Super Bowl.

Tyler Higbee and Robert Woods caught touchdown passes from Jared Goff in the fourth quarter, and the Los Angeles Rams bade farewell to the Coliseum and secured their third straight winning season with a 31-24 victory over the Arizona Cardinals on Sunday.

Goff passed for 319 yards and hit Cooper Kupp for 99 yards and an early TD, while Los Angeles' defense made four takeaways in the final NFL game at the 96-year-old Coliseum. The Rams (9-7) are moving into palatial SoFi Stadium in Inglewood next season.

The 2018 NFC champions were eliminated from playoff contention last week, but they improved to 6-0 against Arizona during coach Sean McVay's tenure while securing this franchise's first string of three straight winning records since 1999-2001.

After struggling with a strained hamstring for the past week, Murray made TD throws to Dan Arnold and Damiere Byrd, but also threw two interceptions.

Larry Fitzgerald had four catches for 45 yards in perhaps the final game of his stellar 16-year career. The 36-year-old receiver, second in NFL history in catches and yards behind Jerry Rice, hasn't decided whether he will accept the Cardinals' pleas to return next year.

Chandler Jones was held without a sack of Goff, which means the star Arizona defensive lineman lost the NFL sacks title to Tampa Bay's Shaquil Barrett, who had three sacks Sunday to finish with 19 1/2 this season, ahead of Jones' 19.

After Higbee and Woods made TD catches to put the Rams ahead, Arizona's Kenyan Drake rushed for a score with 3:53 to play. The Cards got the ball back at their 20 with 1:00 left, but couldn't get past midfield with no timeouts.

Todd Gurley rushed for 68 yards, finishing the season without a 100-yard rushing game. The high-priced running back still finished with more than 1,000 yards from scrimmage for the fifth consecutive season.

The Rams went up 17-7 shortly before halftime on Kupp's 10th TD catch, but the Cardinals tied it late in the third quarter on Byrd's first TD catch since 2017.

Higbee set the Rams' single-season record for yards receiving by a tight end during the game, and he caught a 4-yard TD pass with 13:34 to play.

Rapp made his second career interception when Murray overthrew Fitzgerald on the next drive.

After Sunday, the Rams' Stay at Historic LA Memorial Coliseum is Over

Rams Reduced to Playoff Observers After Season of Setbacks 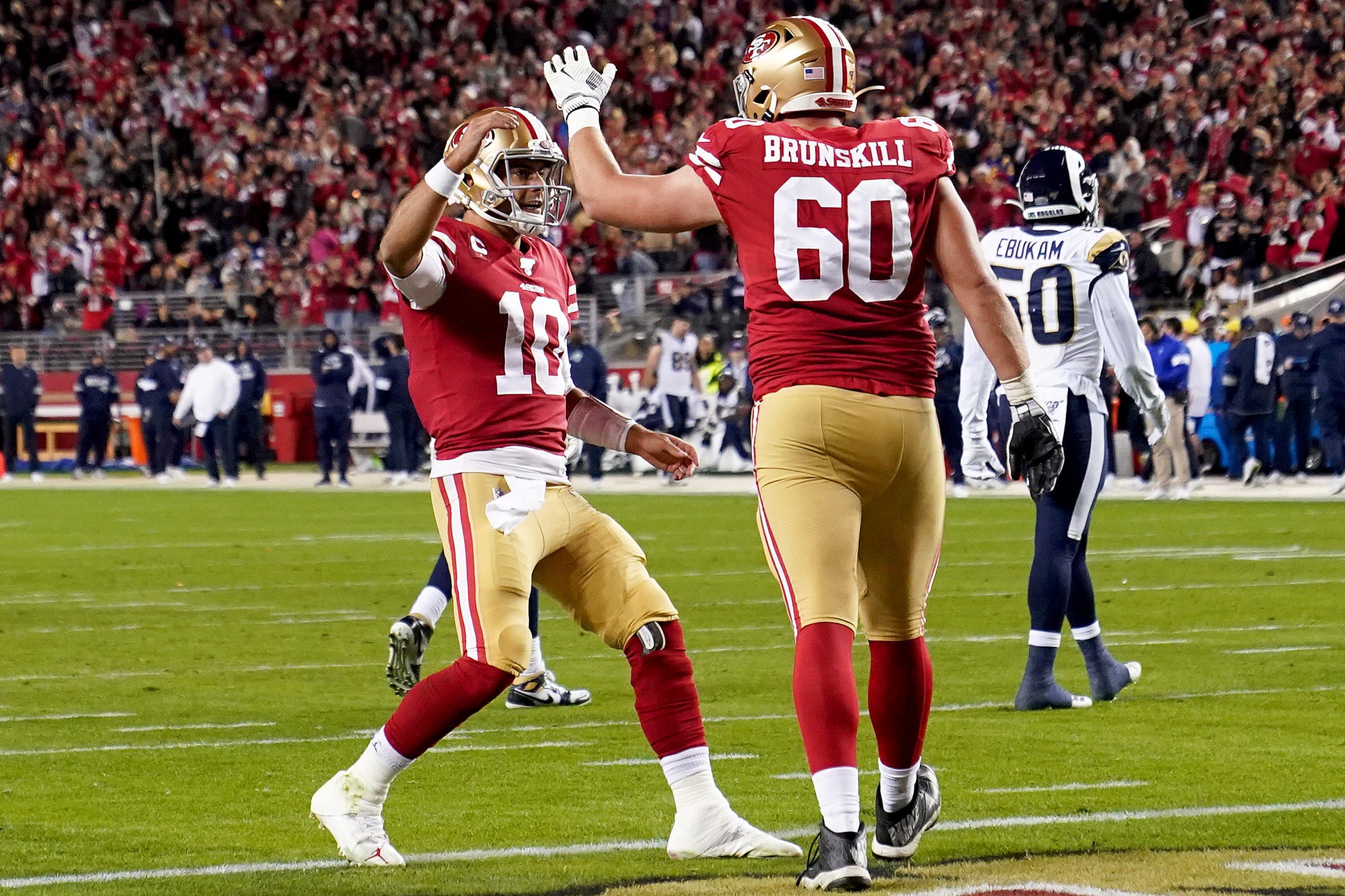 Rams Eliminated From Playoff Contention After 34-31 Loss to 49ers

This relatively meaningless game marked the end of the NFL's latest tenure in the Coliseum, Los Angeles' venerable sporting landmark. Since the Rams first arrived from Cleveland in 1946, the Coliseum has hosted three NFL championship games and two Super Bowls — including the first — along with 23 Pro Bowls and 51 regular seasons for the Rams and Raiders.

The Rams moved back into the Coliseum when they returned home from St. Louis in 2016. They ended their tenure in style, with a special commemorative logo painted at midfield along with diamond-patterned end zones and colorful bunting on the Peristyle designed to evoke the stadium's feel from a half-century ago.

Littleton went to the locker room in the third quarter with a chest injury. The former undrafted free agent is expected to get a huge contract after leading the Rams in tackles during a standout season.

Defensive lineman Michael Brockers then had to be helped off the field to a cart in the third quarter, unable to put weight on his left leg. Brockers, who has spent his entire eight-year career with the Rams, also is a free agent this winter.

Cardinals: After a solid December, the future looks cautiously bright with Murray leading Kingsbury's offense and another host of high draft picks.

Rams: Numerous painful roster decisions loom, and McVay must clarify the status of defensive coordinator Wade Phillips after being noticeably vague about it recently. Their three-year partnership could be over despite another strong season by Phillips' group.