Reggie Bush on Heisman Trophy: ‘I Would Be Lying If I Said I Didn't Want It Back'

"I could have kept the Heisman"

Reggie Bush wants his Heisman Trophy back, and he's not afraid to talk about it.

Back in 2006, Bush found himself embroiled in college football controversy. After an NCAA investigation, it was revealed that while enrolled at the University of Southern California, his parents had received free rent by sports marketers that were hoping to represent him once he turned pro.

The scandal came to a shocking conclusion when he was punished by the NCAA, and the university was handed unprecedented sanctions. The NCAA threw the book at Bush and the Trojans. USC was forced to vacate their 2004 National Championship and 14 victories that Bush was on the field for from 2004 to 2005. Additionally, the Trojans lost 30 scholarships and were banned from playing in the postseason over a three-year span.

For Bush, he was banned from the university altogether, not allowed to step foot on the campus. Additionally, Bush made the choice to return the Heisman Trophy he deservedly earned after the 2005 season.

"I could have kept the Heisman and said, 'I don't have it,' but there was something in my spirit that said 'it's okay, give it back, it's going to return to you,'" said Bush on a recent episode of the "Cold As Balls" YouTube show from Kevin Hart’s Laugh Out Loud production company.

Bush was asked directly by Hart if he wanted his Heisman Trophy back.

Bush is referring to the NCAA's new name, image, and likeness (NIL) compensation rule. Following individual states, like California, passing their own rules, the NCAA has approved compensation for a player's NIL and it will go into effect in 2021.

"I think it's a long time coming," said Bush. "This is something that should have happened a long time ago." 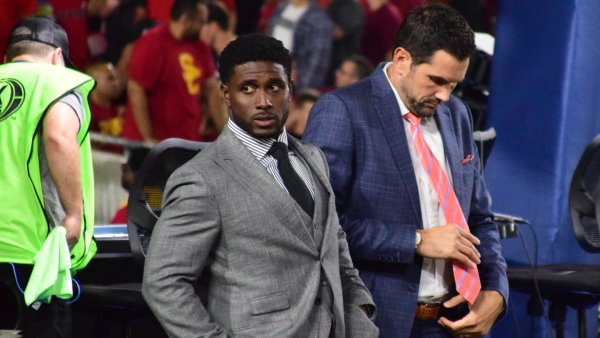 USC Welcomes Back Reggie Bush After 10 Years in NCAA Exile 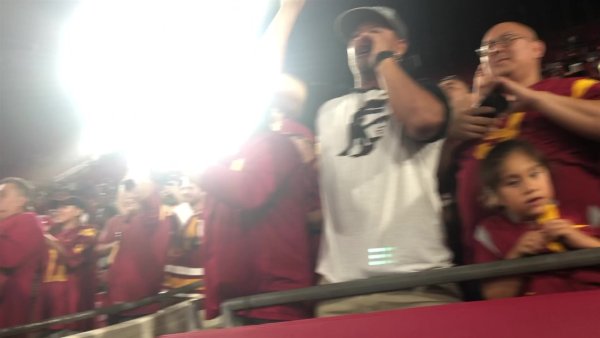