According to the L.A. Times, seven more construction workers at SoFi Stadium have tested positive for COVID-19, bringing the total to 25.

SoFi Stadium, the future home of the Los Angeles Rams and Chargers, announced via Twitter on Wednesday that the stadium was 97 percent complete. Less than 24 hours later, it was revealed that seven additional workers at the stadium had tested positive for COVID-19.

The L.A. Times was the first to report that seven more construction workers tested positive after they obtained emails from Turner-AECOM Hunt, the company overseeing the stadium project.

In the emails, it states that the positive tests came after June 24, the last week that the workers were on site. The seven positive tests came from workers in three different trades all working on the stadium. Of the seven, one was asymptomatic, two were experiencing mild symptoms, and there was no mention of the condition of the the other four workers who also tested positive.

Including the seven positive tests announced on Thursday, the total number of workers at SoFi Stadium who have tested positive since the coronavirus pandemic began has risen to 25. 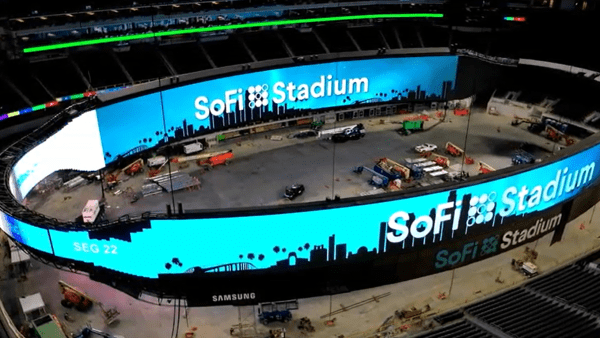 SoFi Stadium: Largest Video Board in Sports Is Complete 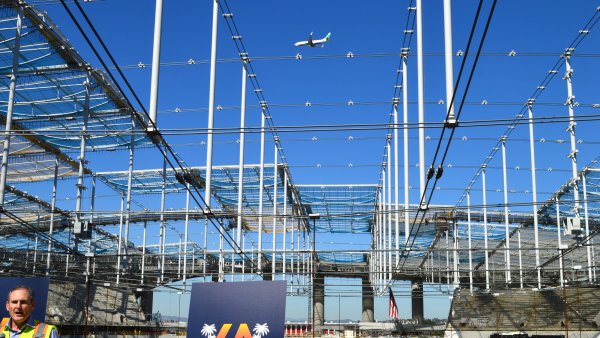 Construction Halted at SoFi Stadium in Inglewood After Worker Dies