4 to Watch: Who is the Fastest Man at the Tokyo Olympics?

The men's 100m dash was one of the highlights of Day 9 at the Tokyo Olympics.

One of the marquee events of the Olympics featured a major surprise.

The men's 100m dash determined who is the Tokyo Olympics' fastest man during a slate of track and field events on Day 9.

In women's gymnastics, it was next gymnast up for the U.S. team as MyKayla Skinner stepped into the spotlight in place of Simone Biles.

Here are four storylines from Day 9 of the Tokyo Olympics.

Italy’s Lamont Marcell Jacobs won the 100m final in the 2020 Tokyo Olympics, earning the title ‘World’s Fastest Man’ and becoming the first Italian to ever win the 100m final.

American Fred Kerley finished in second at 9.84, and Andre de Grasse was third at 9.89. All three medalists finished with new personal bests.

Qatar's Mutaz Essa Barshim and Italy's Gianmarco Tamberi decided the two would both take home gold in the high jump.

Neither had missed any of their attempts going up to 2.37 meters, but when the pair attempted 2.39, each were unsuccessful in their three attempts. Instead of continuing to see who would finally beat out the other, the two agreed they would both sit at the top of the podium.

The four-time NCAA champion finished with a final distance of 19.79 meters, finishing behind China's Gong Lijiao who won gold with a personal best of 20.58 meters. Saunders has become a social media sensation for her comic book-inspired masks. On Saturday night she wore a ‘Hulk’ mask for her silver-medal winning performance.

Americans Michael Cherry and Michael Norman advance to the men's 400m final. Cherry was the first member of Team USA to qualify, posting the fastest time of the evening time - 44.82 - in Heat 3. Norman closed out Heat 6, posting a time of 45.35.

The U.S. men’s swimming team picked up a gold medal in the 4x100m medley relay.

On the last night of swimming at the Tokyo Olympics, the Americans won four more medals -- setting records in two events -- to finish with 30 medals overall: 11 gold, 10 silver and nine bronze.

Caeleb Dressel won two more golds, giving him five in these Games and seven overall, while Bobby Finke picked up his second gold in the 1500m. Dressel and the rest of the men's 4x100m medley relay capped off the night in world record style, while the U.S. women picked up silver in their medley relay.

Dressel set a new Olympic record to win the gold medal in the men's 50m freestyle final on Saturday night. He also won the 100m butterfly and 100m freestyle in Tokyo. Michael Phelps and Mark Spitz are the only other male swimmers to win gold in three individual events at one Games.

After missing out on qualification earlier in the week, MyKayla Skinner will stand on the podium in vault finals. Skinner stepped in for Simone Biles after she posted the third best vault score in qualification, and she did not disappoint.

Suni Lee added yet another medal to her collection Sunday with a bronze in the uneven bars. Belgium's Nina Derwael finished in first with a score of 15.200, while ROC athlete Anastasiia Iliankova finished in second with 14.833 points.

According to a study done on the 2016 Rio Olympics, BMX cycling tops the list, with 38% of athletes injured in the event.

Hannah Roberts finished second to claim the first-ever Olympic silver medal despite being a heavy favorite to win it all. She finished with 96.10 points behind Great Britain’s Charlotte Worthington, who took gold with 97.50 points.

Both Americans - Nick Bruce and Justin Dowell - finished out of medal contention. Bruce was unable to take his second turn due to injury, and Dowell fell on his second run. 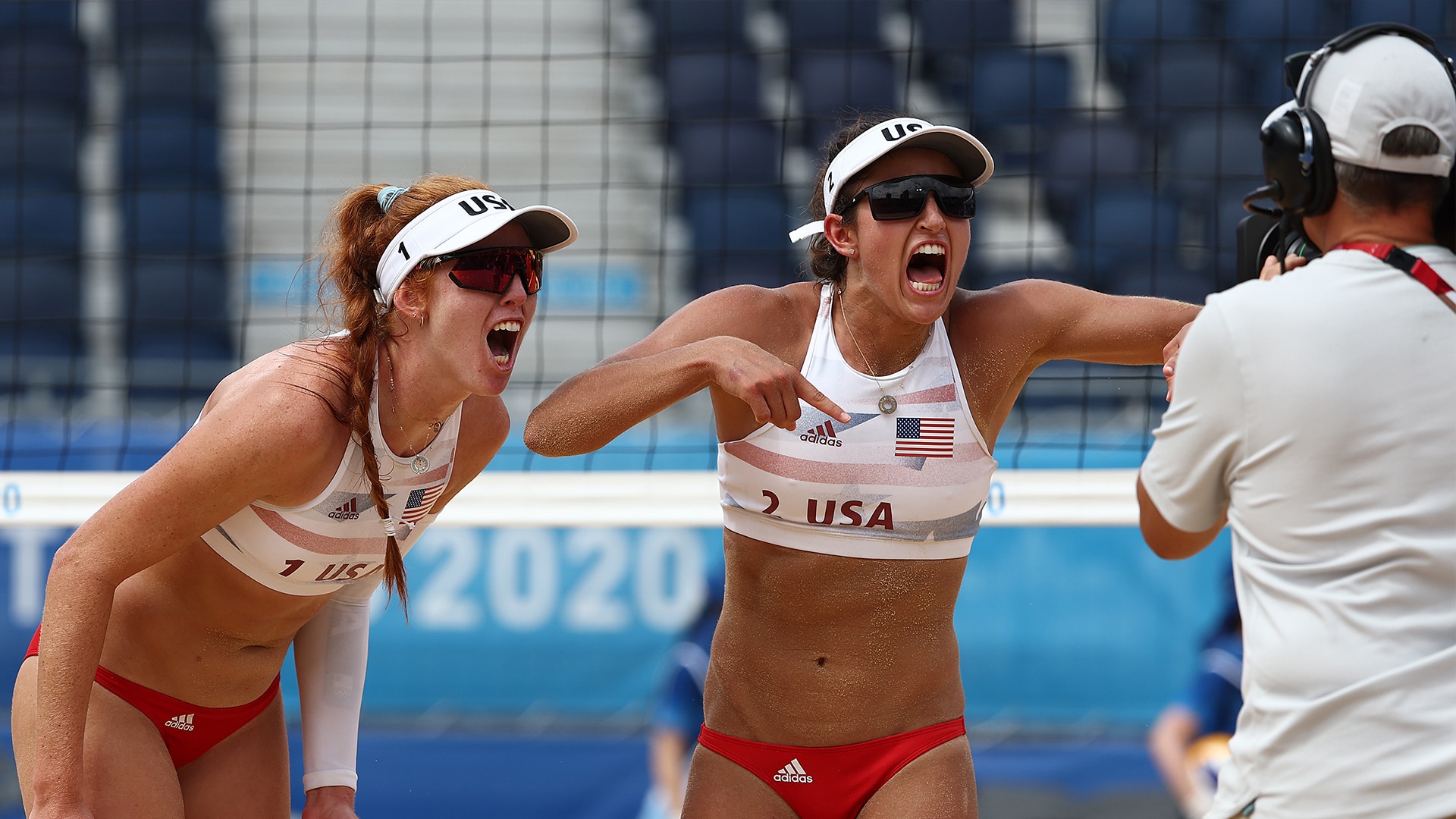 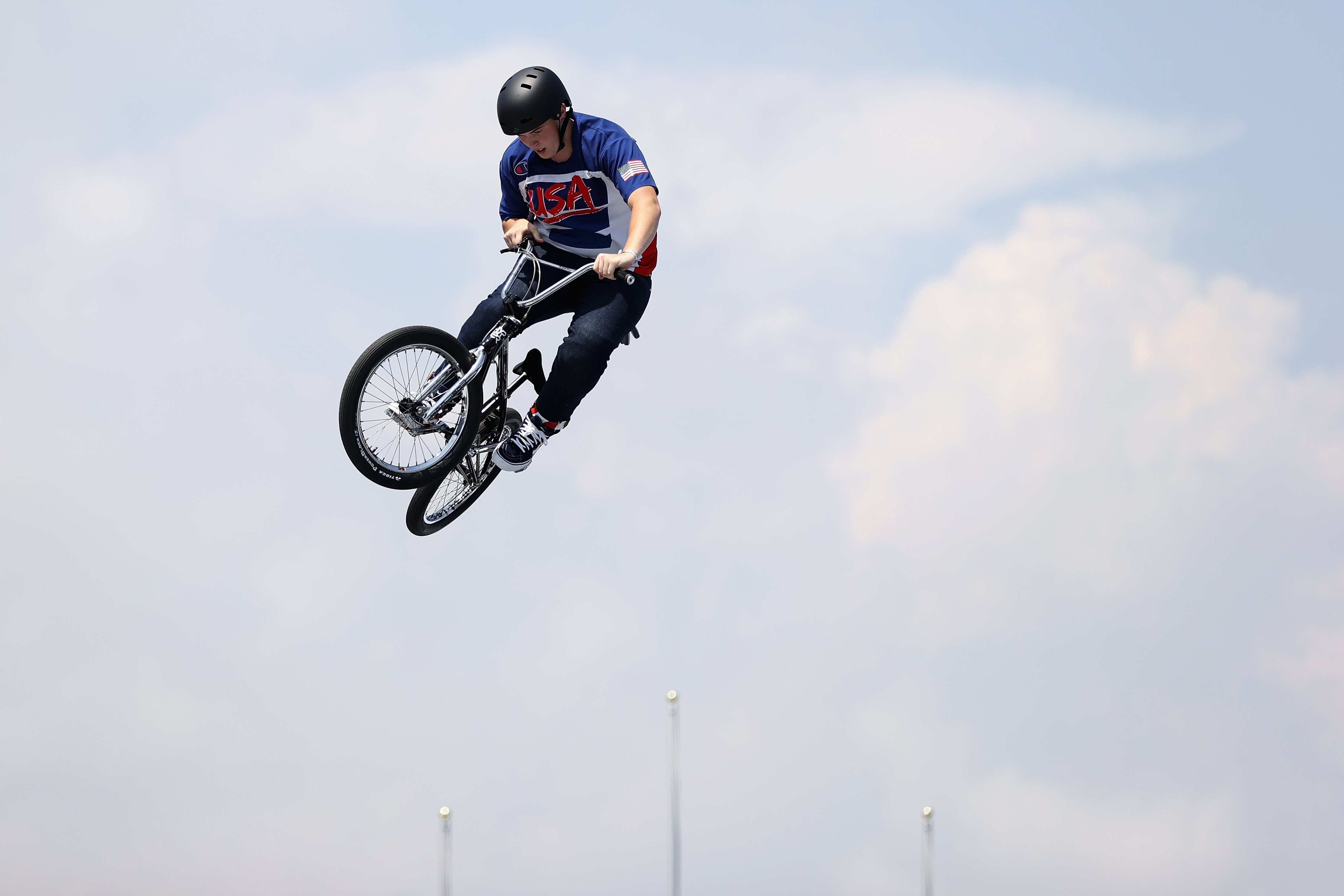