Long an iconic figure in the sport, Kerri Walsh-Jennings will not b part of the Tokyo Olympics. Here's a look at the next generation hitting the beach.

Four years later in Rio de Janeiro, Walsh Jennings again climbed onto the podium to claim her fourth Olympic medal — this one bronze.

For two decades, no one loomed larger in the sport than the five-time Olympian known as “Six Feet of Sunshine.” But when the Summer Games begin in Tokyo this month, the 42-year-old Californian won’t be there.

“This is the first Olympics she hasn’t been to in the 21st Century, which is just crazy to think about,” said Sarah Sponcil, who with her partner Kelly Claes won the final two qualifying events to snatch the last U.S. spot in Tokyo from Walsh Jennings and Brooke Sweat.

"This whole hugging thing came out of a way for us to catch our breath a little bit more." U.S. beach volleyball Olympian Alix Klineman explains how team hugs in the sport give athletes more time to rest between plays.

“She’s such an amazing player, an icon for the sport,” said Sponcil, who taped pictures of Walsh Jennings and Misty May-Treanor, her partner for three Olympic titles, on the wall while growing up. “To be able to knock her out — it’s not just a random opponent. I’m honored to have eliminated her. She’s going to go down as one of the best in history.”

Rivals at Southern California and UCLA, Claes and Sponcil each won back-to-back NCAA beach volleyball titles before teaming up on the international tour in 2018. They were winless in their first 20 events, leaving them third in the points race for the maximum two American women’s spots in the Olympics. 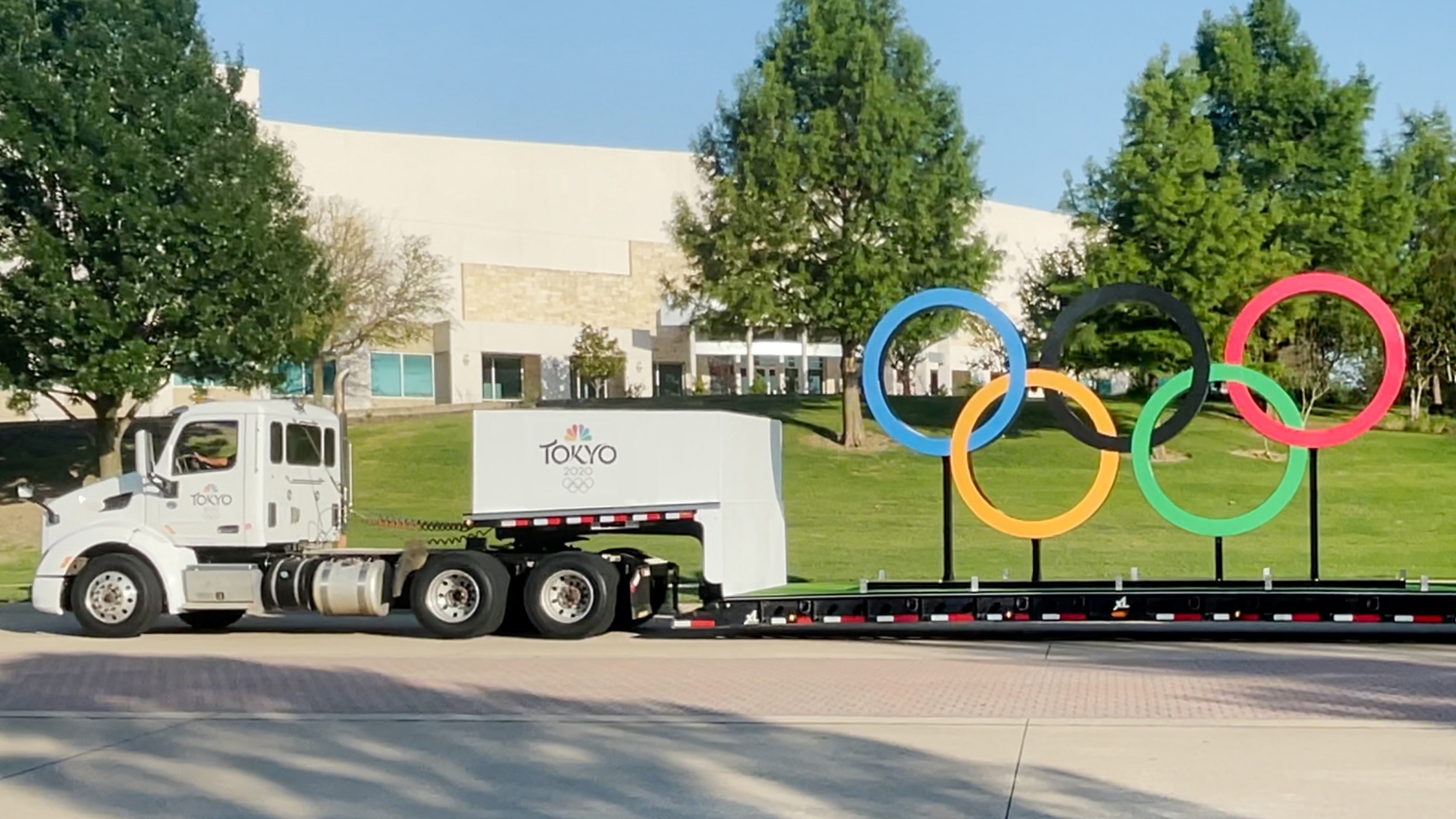 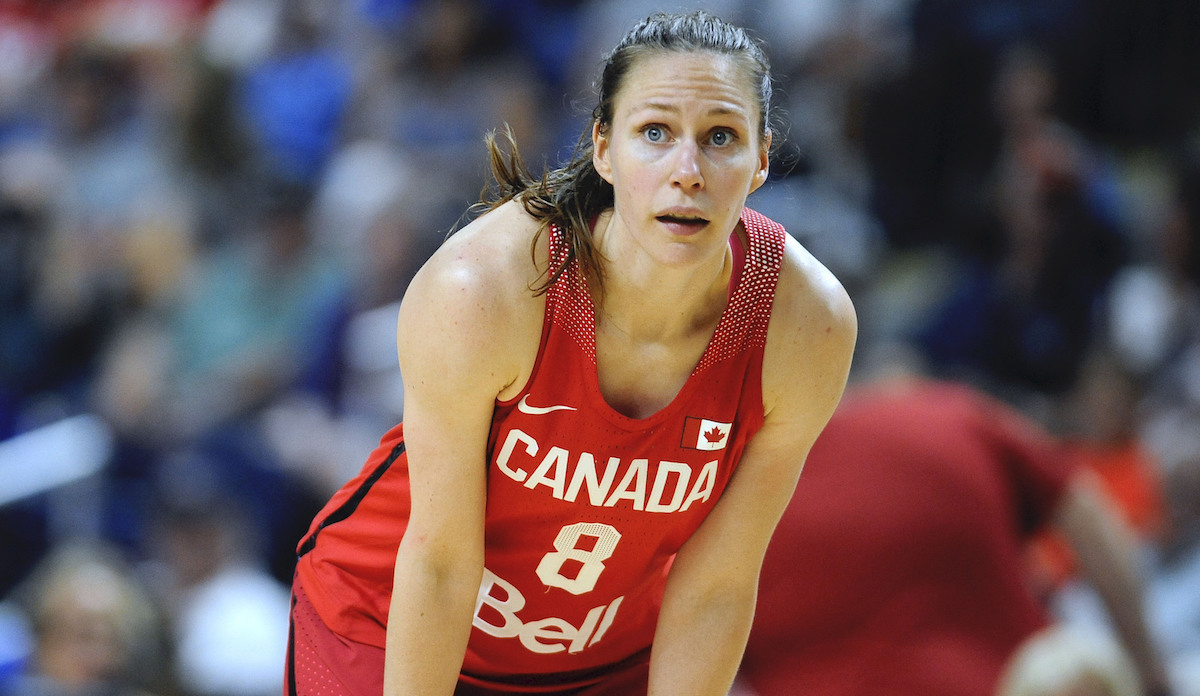 Then they won the Sochi Open, the second-to-last tournament in the qualifying period. Walsh Jennings and Sweat needed a strong finish in the finale to retake the lead, but they were eliminated in an early round match.

“It’s crazy the end of the race for the Olympic spot. No one, I think, saw it coming,” said April Ross, who was Walsh Jennings' partner in Rio but will return to the Olympics with Alix Klineman. “For the longest time, I just assumed Kerri was going to be there.”

Claes, 25, and Sponcil, 24, are the youngest U.S. beach volleyball team ever to qualify for the Olympics and the first NCAA beach volleyball products to reach the Summer Games. (Tina Graudina, who will compete for Latvia in Tokyo, also played at USC.)

The beach volleyball superstar talks to NBC4's Lolita Lopez about a difficult year on the NBC4 News on Wednesday, June 2, 2021.

Claes resisted the title of “Giant Killer” that has been bestowed on her and Sponcil. "The passing of the baton, or however you want to say that, feels more right.”

“It’s Kerri. She’s an amazing athlete,” Claes said. “I looked up to her and Misty so much. They’ve done so many things for the sport, really paved the way and inspired so many people, me included.

“Kerri’s incredible,” she said. “But I think it’s really cool to have some new, young blood at the Olympics.”

The older generation isn’t ready to give up just yet.

Ross, who won silver in London and bronze in Rio, is 39 and heading to her third Olympics. The U.S. men’s teams feature 45-year-old Jake Gibb, the oldest volleyball player in Olympic history — beach or indoor — and Beijing gold medalist Phil Dalhausser, 41.

“I never expected at the end of my career to be pushed this hard to compete,” Ross said. “At the same time, I’m really excited for our sport, and what they’re doing for our sport.”

There’s no Olympic sport that relies more on a party atmosphere than beach volleyball, and there’s some doubt about what the sport will lose without a full house and a disc jockey to keep them dancing.

“It’s the Olympics, and you want that party atmosphere,” Ross said. “Japanese fans are awesome, so if those are the fans we're going to have, I think it’s going to be a great atmosphere.”

Beach volleyball has traditionally been one of the prime attractions at the Summer Games. In London, Microsoft billionaire Bill Gates made sure to check it out; in Rio, the U.S. men's basketball team came to see Walsh Jennings and Ross play.

Ross said fans often come for the party but fall in love with the sport itself.

“I really want people to see and focus on is how tough the sport is, and how athletic the players are," she said. “That’s still going to be showcased. Hopefully, we reach a lot of people, and for them there’s no distractions.”

“I think the only bright side in all of this is the idea that ignorance is bliss,” Claes said. “It’s not like it’s our second one, where we got to experience the opening ceremonies and the Olympic village and our families being there.

“Yes, it sucks that all those things won’t be there. But also we won’t be distracted by all the things that come with the Olympics. And I think we’ll be that much more prepared for the next one.”

Even though there are a lot of familiar names, the field has an entirely new look.

Only two women’s teams return from Rio intact, with Spain’s Elsa Baquerizo and Liliana Fernández the only pair to make the Round of 16 in 2016 and qualify for Tokyo. On the men’s side, six partnerships survived, including silver medalists Daniele Lupo and Paolo Nicolai of Italy, and bronze winners Alexander Brouwer and Robert Meeuwsen of the Netherlands.

Instead, retirement, injury, childbirth and just plain strategy led to a reshuffling of partnerships that is common -- though not usually so extensive. Germany’s Laura Ludwig, who paired with Kira Walkenhorst to win gold in Brazil, is paired with Margareta Kozuch. Silver medalist Ágatha Bednarczuk is with Duda Santos Lisboa instead of Bárbara Seixas. Bronze winner Ross is back with Klineman instead of Walsh Jennings.

Reigning men’s champions Bruno Oscar Schmidt and Alison Cerutti are both back -- but with new partners. Bruno is teamed with Evandro Oliveira and Alison will try to repeat with Álvaro Filho.