After breezing her way through the first two rounds — both against accomplished opponents — Tamyra Mensah-Stock delivered a third dominant win for the United States Monday to reach to the women's freestyle 68kg wrestling final.

The wrestler is from Katy, Texas. She rolled through her early opponents in the bracket, first beating Japan's Sara Dosho (10-0 VSU) — the defending gold medal winner in the event — and then China's Zhou Feng (10-0 VSU) — the second-place finisher in the 2015 world championships — in the quarterfinals.

The 28-year-old Mensah-Stock is slated to face Nigeria's Blessing Oborududu on Tuesday with a gold medal up for grabs. 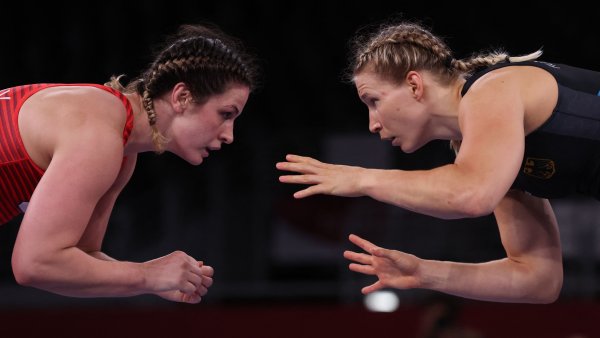 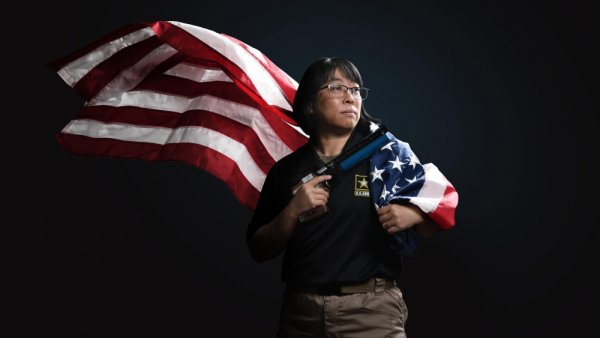 Meet the U.S. Military Athletes Competing at the Tokyo Olympics

She won the 68kg category at the U.S. Olympic Trials in 2016 but still failed to qualify for a spot on the team at the 2016 Rio Olympics.

The wrestler nonetheless traveled to Rio, serving as a training partner for her teammates.

Over last five years, the US Olympian has risen high in the wrestling world

Over the five years since, she has risen even higher in the wrestling world.

In 2018, Mensah-Stock took home a bronze medal from the 2018 World Championships in Budapest. Cherkasova won gold for Ukraine that year — but Mensah-Stock hadn't gotten a chance to face her, going along the opposite side of the bracket.

The American rose all the way a year later, becoming a world champion at the 2019 tournament in Kazakhstan.

How to watch Tamyra Mensah-Stock in the women's 68kg final

The wrestling finals in Tokyo can be viewed on the Olympic Channel or streamed lived here.

Adeline Gray is heading to the women’s 76kg freestyle wrestling finals after winning three matches in the semifinals on Sunday. Gray will face Germany’s Aline Rotter-Focken in the finals on Monday, which will air on the Olympic Channel.