Hall of Fame manager Tommy Lasorda was memorialized during a private service Tuesday at Dodger Stadium before his burial.

Lasorda died Jan. 7 after a heart attack at age 93.

His casket, covered with a huge assortment of blue and white flowers, was placed on the pitcher's mound with a blue 2, signifying Lasorda's jersey number, on the back of the mound. 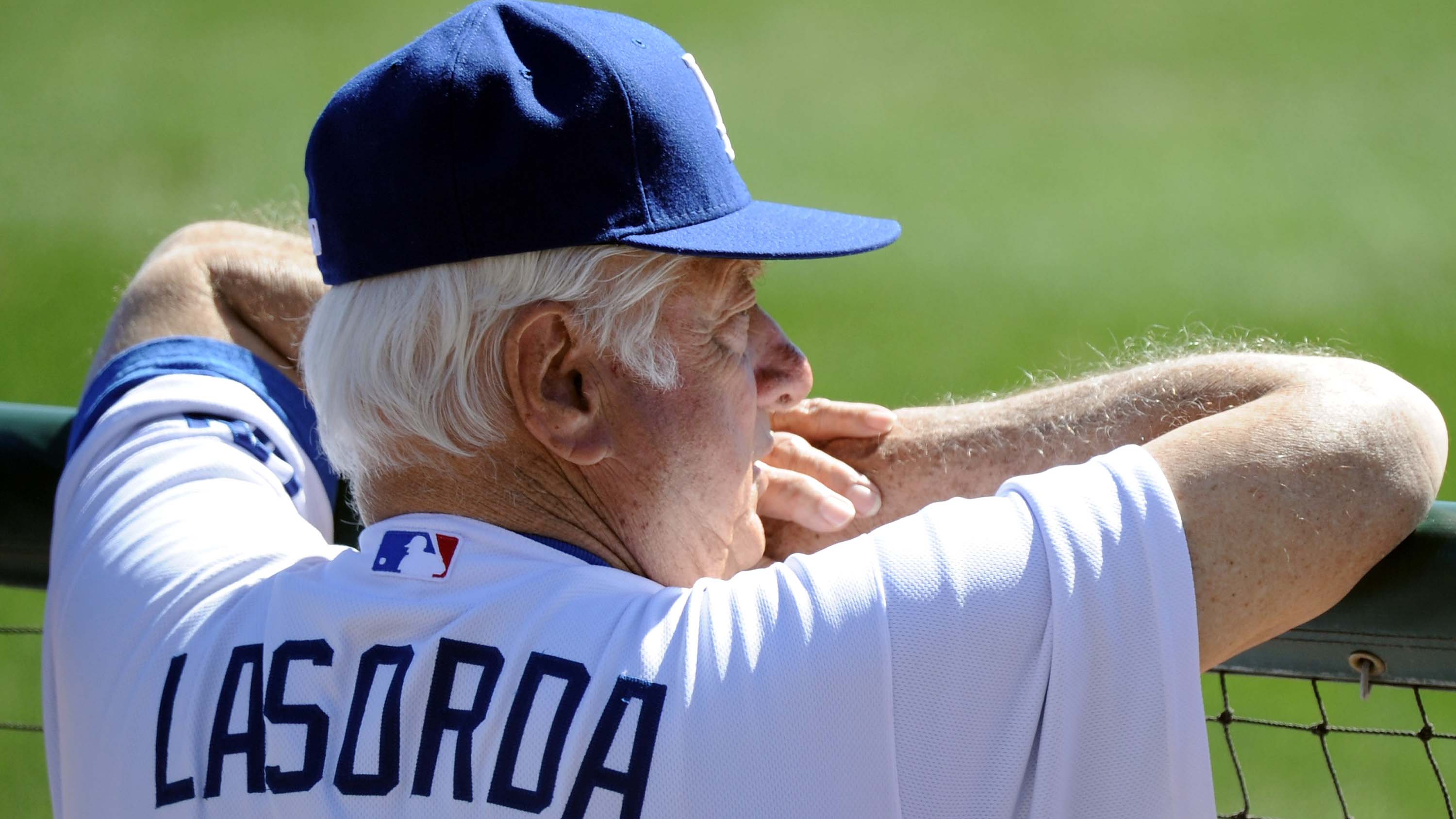 Lasorda's wife of 70 years, Jo, attended in a wheelchair, along with their daughter, Laura. The mourners stood socially distanced around the mound.

Karros and Hatcher, along with Skechers president and co-founder Michael Greenberg, and personal friends Steve Brener and Chris Leggio spoke at the stadium and served as pallbearers, along with businessman Warren Lichtenstein. Wearing masks because of the COVID-19 pandemic, they carried Lasorda's casket to a white hearse parked in front of the dugout.

The national anthem was sung and Lasorda's image was projected on the stadium's videoboards.

A motorcade traveled from the stadium to Rose Hills Memorial Park in nearby Whittier, where Lasorda was buried. The group had just arrived at the cemetery when they received word that Dodgers Hall of Fame pitcher Don Sutton died earlier Tuesday at age 75.

Lasorda spent 71 years in the Dodgers organization, starting as a player when the team was still based in Brooklyn. He later coached and then became its best-known manager for 21 years in Los Angeles, leading the franchise to two World Series championships. After stepping down in 1996, he became an ambassador for the sport he loved.