I learned a very valuable lesson Sunday: When Tommy Lasorda speaks, have your recorder on.

After the Dodgers 10-5 shellacking of the Colorado Rockies at Dodger Stadium to end the season, the organization held an on-field pep rally to give props to the team for a successful season and to rev up the base for the post-season run.

George Lopez was the master of ceremonies. One by one, players came up and saluted the crowd.

Clayton Kershaw told them to bring white towels to wave during the playoffs. Justin Turner told them to "keep rockin'," and Yasiel Puig gave them a big kiss.

Then came Lasorda. The former Dodgers manager, who’s never seen a microphone he couldn’t rock, couldn’t let the moment pass without a classic Tommy Lasorda this-will-get-them-going speech that only he can deliver.

Now, I wasn’t smart enough to have my recorder, you know, recording during Lasorda’s final riff, but Michael Lananna from MLB.com, was, and got it word for word:

It sent the crowd into a frenzy. It was incredible:

"I want to tell you this, I just had a birthday; I was 87 years old. And before I die I want to see that championship flag flying out there in center field. ... I've got a great feeling about this team. I think we're going to do it, I think we're going to get to the Fall Classic, and then the big Dodger in the sky can take me away."

How great is that?! 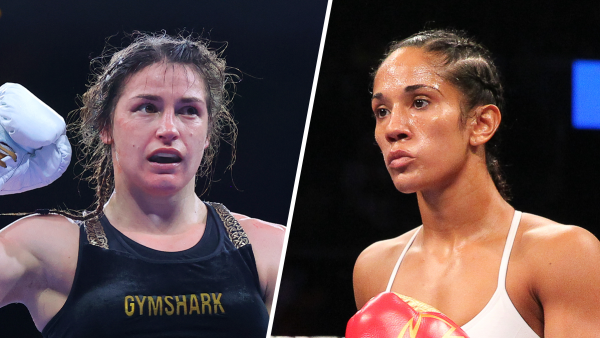 He, basically, put the team on notice: Hey guys win the World Series, or run the risk of me dying a bitter old man.

If that thought doesn’t fire up the Dodgers, than Lasorda may as well pick out his casket now.