Tradition Gets Swift Kick at a Kentucky Derby Like No Other

The 17-horse field will break from a new starting gate on Saturday, one to be used only for the Derby

Change is slow in coming to the Kentucky Derby. From being run on the first Saturday in May to the playing of “My Old Kentucky Home” since 1921, tradition rules America’s most famous race.

The coronavirus pandemic forced the 146th Derby to be pushed back to Labor Day weekend, the first time since 1945 that it won't be held on its usual May date.

The 17-horse field will break from a new starting gate on Saturday, one to be used only for the Derby. It fits 20 horses, the typical size of the field, which is slightly smaller this year. 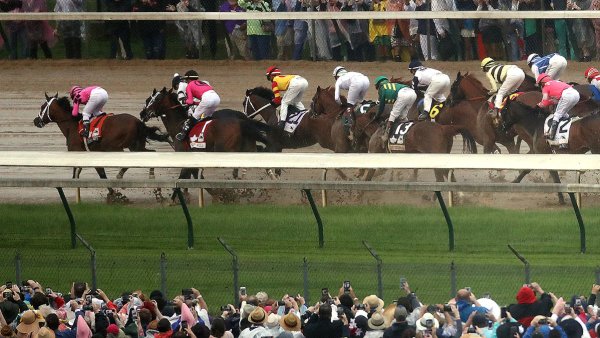 From Derby DQ to Doping, a Chaotic Year in Horse Racing 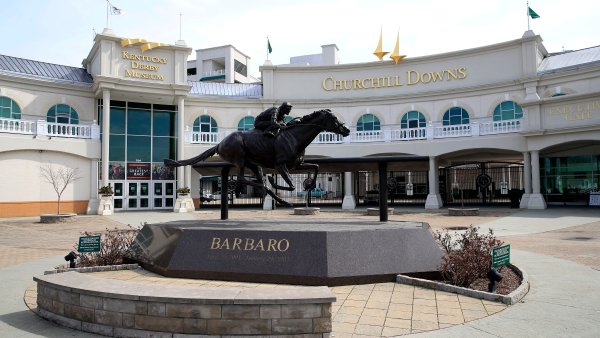 “In the horse world, anything new no one wants to try,” said starter Scott Jordan, who presses the button that springs the gate simultaneously in the Derby. “They don’t like change.”

Most American racetracks use 14-horse gates because there's rarely more than that in a given race. Overseas, it's common to have fields of 20 or more.

The new Derby gate, designed by an Australian company, was modified slightly to make room for an assistant starter in the gate with a horse after loading. Their job is to keep the horse under control and hold its head straight when the gate springs open. Overseas, it's common for a jockey to be alone in the gate and responsible for getting his horse off to a solid start.

“The starter is so important,” said trainer Bob Baffert, a five-time Derby winner.

What does a “farrier” do? 1st Look gets up close with one to learn how to make and attach horseshoes to race horses.

The partitions between the horses are narrower in the new gate, which puts the horses standing closer together.

“When they leave there if you break a step slow, there’ll be a lot of bouncing out of there,” Baffert said.

Tiz the Law, the early 3-5 Derby favorite, and 5-1 second choice Honor A. P. have stood in the new gate this week to familiarize themselves with it. Other Derby runners will visit the gate before Saturday.

Perhaps the biggest change with the new gate is that horses in the No. 1 and No. 20 posts would move in about 10-15 feet on each end, Jordan said. It's the result of the length of the gate being shorter than the two other gates combined and also takes into account the wide gap that existed between the two old gates.

It would have helped Lookin At Lucky, the Derby favorite in 2010. He got pinned to the rail coming out of the gate and had nowhere to go until making a late run and finishing sixth.

The Derby field was reduced to 17 after King Guillermo was scratched Thursday because of a fever. As a result, posts No. 1, 2 and 20 will be vacant. However, the horses still keep their same post position numbers.

You can bring the flavors of the derby into your home. Chef James Kent shows us how with this simple shrimp boil recipe.

Finnick the Fierce drew the No. 1 post, but will move in two spots. The chestnut gelding is missing his right eye, the result of a congenital cataract, so he won't see the rest of the field on his right.

Authentic drew the No. 20 post, but he'll move in one spot, giving him less ground to make up as the field sprints away from the gate.

“For those two horses, it's a real advantage,” Jordan said.

Jordan has one advantage this year. Without the noise from 150,000 raucous fans, he'll be able to hear his gate crew yelling if a horse isn't ready. Any other year, he'd have to watch for their frantic hand signals.